Hanging Judge: Who changes when there’s a clash of colours? 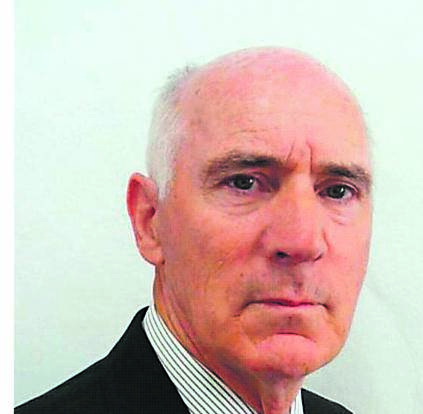 Many followers of the beautiful game don’t give the third team on the field a second thought. But, like it or not, there are three teams – the overlooked one being the match officials.

We’ve been loved and hated, admired and despised, accepted and rejected, but we’re here and, without us, there is no game, or so we’re told.

I recently noticed, and not for the first time, that officials and one of the goalkeepers were wearing the same colour – black.

There are teams that wear black as their home colour, such as Orlando Pirates, but there are a variety of colours available to them. When it comes to the game itself, the law says that there cannot be a clash in the colours worn by players and officials.

The opening game in the 2019/20 Premier League between Liverpool and Norwich City is a case in point.

The referees were all dressed in black, and so was Liverpool goalkeeper Alisson. I’m a traditionalist in that I believe that only referees and their assistants should wear black.

But don’t take my word for it, this is what the Fifa laws of the game on colours (Law 4: The Players’ Equipment) say: “The two goalkeepers must wear colours that are distinguishable from the other players and the match officials.

“Both teams must wear colours that distinguish them from each other and the match officials.”

That’s pretty clear to me, or am I reading it incorrectly?

During my active refereeing career, I was always told that, in the event of a clash, the referee should change. That’s why I, like so many of my colleagues, always carried at least three different coloured tops in my bag.

At lower-level football, it was always necessary to carry more than one jersey because the teams more often than not didn’t have two sets of jerseys, so it was easier for me to change.

It was different at a professional level. In fact, I would try to research in advance what the two teams generally wore – at home and away – and plan accordingly.

I fail to understand why the referee in this case, Michael Oliver, a very experienced Premier League and Fifa official, didn’t realise that there might be a problem.

Did he not check the colours at the prematch meeting? If he did, why wasn’t it picked up and remedied then?

I have to congratulate the PSL for its prematch protocols, where every item is noted and sorted before the game starts. That’s real professionalism.

The video assistant referee (VAR) is still a topic of conversation and debate, and I’m beginning to become more cynical about why there are so many words spoken and column inches filled in this pursuit.

The cynic in me says the so-called purists don’t want it because it finally brings clarity to situations during which, in the past, they could waffle on with their brand of verbal diarrhoea, and score additional rating points for themselves and their particular media broadcaster or publication.

The VAR works fine in tennis, in rugby and in cricket. Why not soccer? Perhaps the above paragraph goes some way towards explaining the answer to that question.

If I had my way, I would extend VAR even further to cover all controversial aspects of the game to finally and conclusively put an end to all issues that cause conflict.

I know there would be those who would object, but isn’t it strange that the very people who complain are mostly the ones who don’t want VAR?

Work that one out …