Hlompho Kekana and the thunder boots 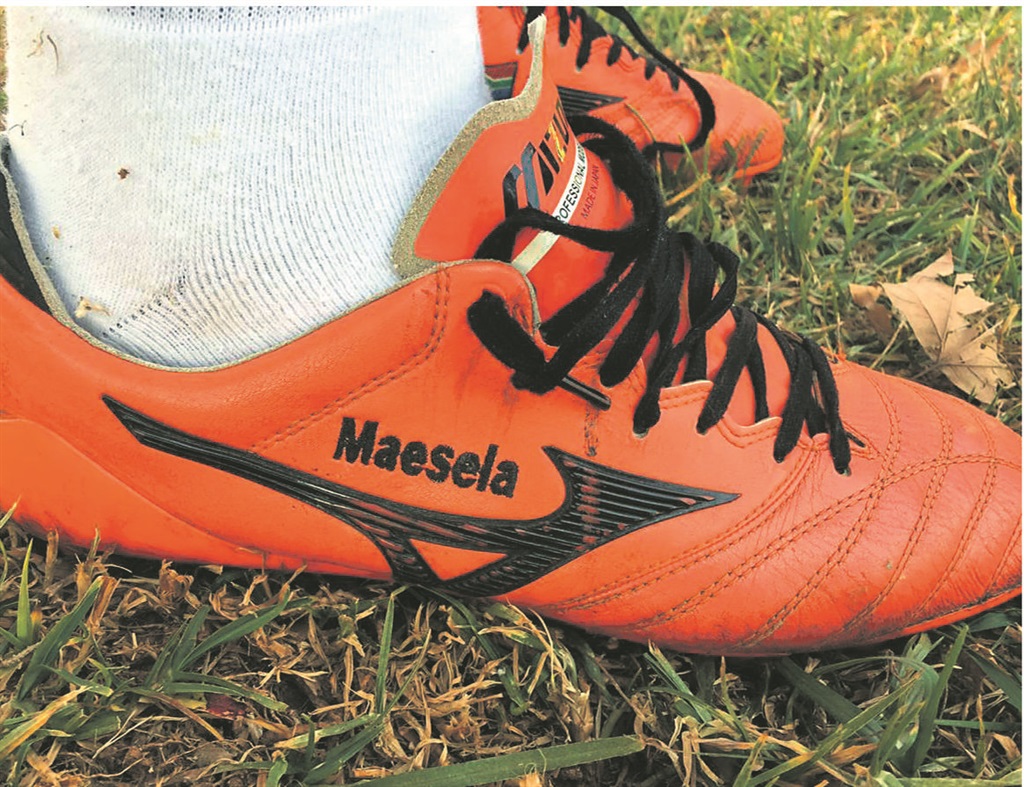 The four individuals whose names are inscribed on Hlompho Kekana’s customised boots inspire the Mamelodi Sundowns captain each time he takes to the pitch.

Thanks to his boot sponsor, Mizuno, the 34-year-old midfielder’s cleats remind him of some of the most memorable moments in his personal life and career.

The story behind each name on both the inside and outside of his boots carries more weight than the technique behind his trademark long-range shots.

The Japanese sporting equipment manufacturer delivered the first personalised batch to the Bafana Bafana midfielder three years ago, shortly after he was nominated for a Fifa Puskás Award for the best goal in a calendar year.

Mizuno explained at the time that it was customary to embroider memorable wording on its top athletes’ footwear.

“Maesela, his grandfather, was Hlompho’s role model growing up. Jeff is Hlompho’s elder sibling, driving him to always better himself as a player. Andries bought Hlompho his very first boots, while Lethabo is Hlompho’s close nephew.”

Although he turns out in a white pair these days, the latest model fires the same hot shots as the red boots that he now uses for training.

“It is a long story around these names, but it is an inspirational one,” said Kekana this week on the sidelines of a press conference to preview Sundowns’ MTN8 semifinal clash against town rivals SuperSport United this afternoon.

SuperSport will host the first leg in the contest for the R8 million winner-takes-all competition.

Kekana has a knack for scoring wonder goals and it was no surprise that he was nominated for the prestigious Fifa accolade in 2016.

It was sheer coincidence that he had just scored another scorcher a few hours before Fifa announced the short list of this year’s Puskás nominations a fortnight ago – a thunderous strike against Cape Town City in a league game that ended 1-1 in Atteridgeville on August 20.

That goal is already an early contender for the Absa Premiership goal of the season award, and the veteran midfielder is hoping that the strike will make next year’s Puskás list.

As much as Kekana has proved to be a special player in coach Pitso Mosimane’s team for many seasons, the player from Zebediela in Limpopo doesn’t regard himself as such. “I am no better than my team-mates. I just need to give more.”

Mosimane is hoping to snatch an away goal this afternoon and Kekana’s thunder may well deafen his foes again at Lucas Moripe Stadium.

“We are playing a team that’s in form. They showed resistance against Orlando Pirates and Kaizer Chiefs. If we score away and don’t concede, it should give us an advantage heading into the second leg,” said Mosimane, whose side already beat SuperSport in their opening league fixture last month.

The top-eight trophy has eluded Mosimane since he took over in December 2012.

“Probably financially, it’s the best thing to go for. This cup is value for money – you play four games, you win R8 million.”

Meanwhile, his SuperSport counterpart Kaitano Tembo said: “As the hosts of the first leg, the best result would be to win without conceding. Our game must be good and we must keep the ball for a longer period because Sundowns don’t like defending.”

Related Links
Why Stuart Baxter must go
10 players who stood out this season
Downs vs Wits: An even match
Share
Next on City Press
Downs, Bucs in goalless stalemate as PSL action resumes