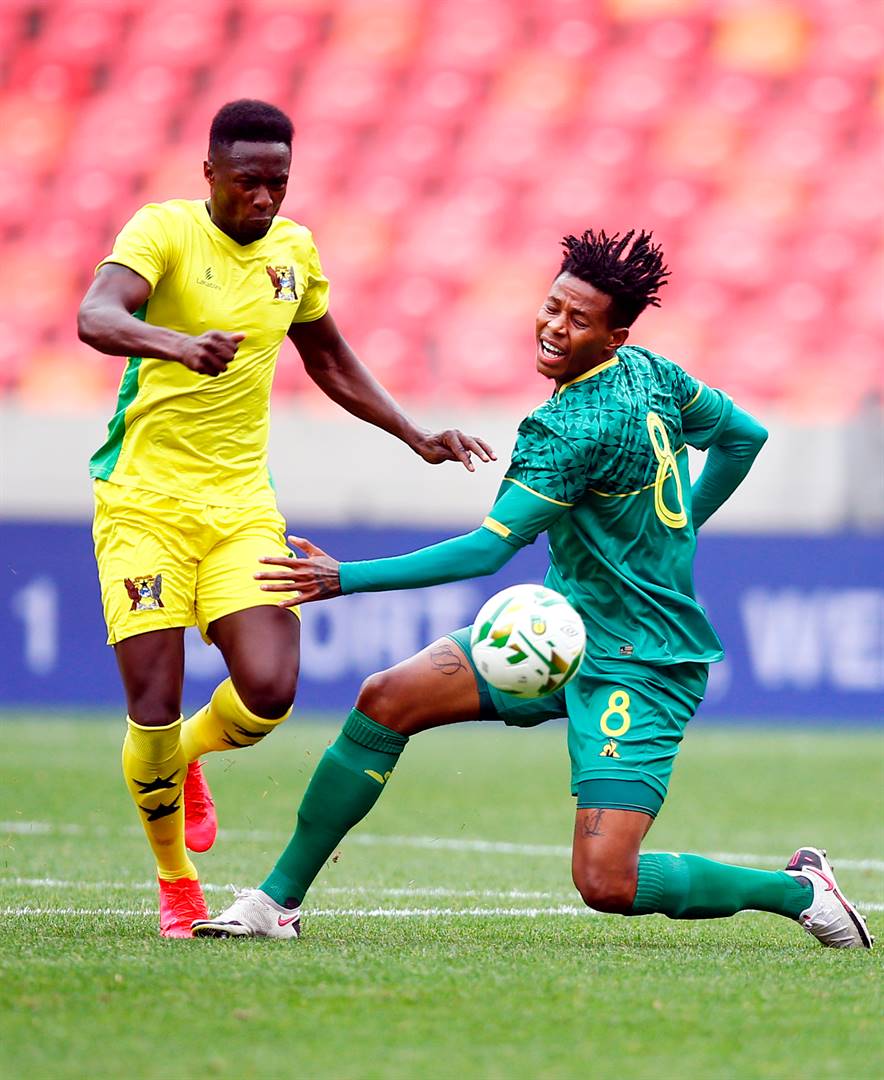 Bafana Bafana head coach Molefi Ntseki has detailed how he used a motivational message on Bongani Zungu’s WhatsApp profile picture to discourage the soccer star out of self-destruction.

Zungu made headlines overseas recently after his Scottish club Rangers revealed that he was among the players of the Glasgow outfit who transgressed the Covid-19 coronavirus regulations in that country.

With Bafana heading into the final round of the Afcon qualifiers, there was debate on whether Zungu deserved a place in the national team after the scandal that saw him being removed from the Rangers camp to self-isolate. He returned to the squad ahead of last week’s Uefa Europa League clash against Royal Antwerp.

Ntseki said he was guided by the disciplinary processes and verdict at Rangers to make his final decision Zungu’s his call-up, adding that he spoke to the player after his disciplinary hearing.

“The unfortunate part of it is that Bongani is a national team player and so much attention will be given to somebody like him if ever he misbehaves wherever he’s playing,” said Ntseki.

The coach was speaking during the team announcement on Thursday, ahead of the team’s crucial qualifiers against Ghana at home on March 25 and Sudan away three days later.

He had something like this on his [WhatsApp] profile picture: ‘People are building walls to block your path

“We always respect the independence of the club in dealing with the situation. I met with the Safa CEO [Tebogo Motlanthe] and we spoke about it. We decided to wait for the club to give us their verdict in terms of how they are going to address this matter,” explained Ntseki.

“We spoke to Bongani after the DC [disciplinary hearing] and he explained what happened. And he sent me an apology in terms of what happened. We are looking forward to having Bongani in the team and hopefully, he should have learnt from this.”

But what was interesting was how the former schoolteacher Ntseki gave the player a motivational pep-talk during their call.

“He had something like this on his [WhatsApp] profile picture: ‘People are building walls to block your path’,” recalled the coach.

“I said to him: The only person who can build a wall to block your path is Bongani Zungu and you must start breaking those walls. And make use of those pieces to move forward with your career. And we are welcoming him to the national team after he has broken those walls to help the team qualify.”

Zungu played a pivotal role in Bafana’s back to back wins over São Tomé and Príncipe last November. He is among a handful of overseas-based players Ntseki has included in the 26-member squad for the latest camp.

We live in a world where facts and fiction get blurred
In times of uncertainty you need journalism you can trust. For only R75 per month, you have access to a world of in-depth analyses, investigative journalism, top opinions and a range of features. Journalism strengthens democracy. Invest in the future today.
Subscribe to News24
Related Links
Scottish derby debut looms for Bongani Zungu
Tim Spirit | Ntseki and Zungu must come out on their ‘fall-out’
Sibongile Zungu appointed acting head of EC health despite corruption cloud
Next on City Press
Surprise! It’s number one vs number two in DStv Premiership clash