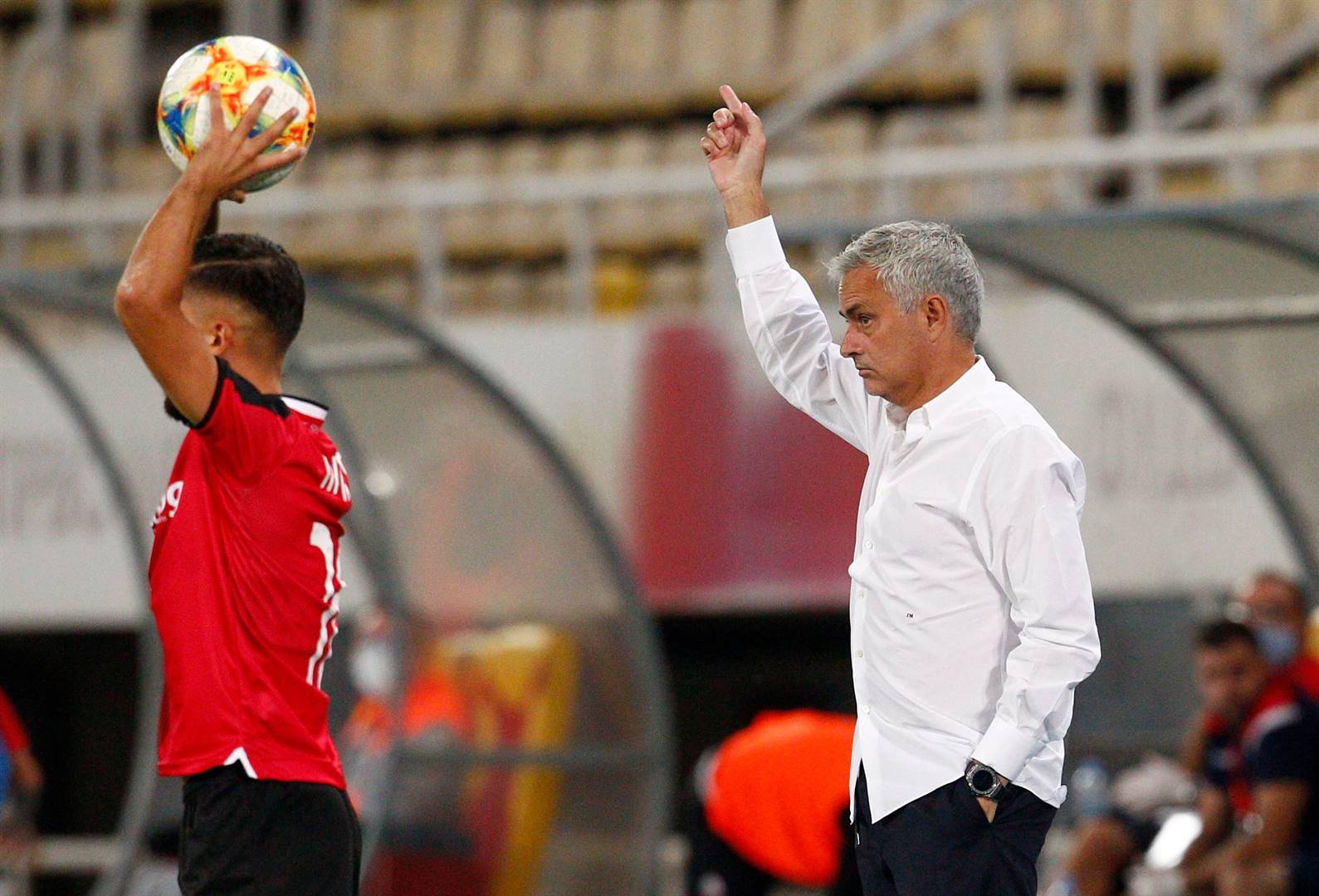 Tottenham Hotspur coach José Mourinho successfully complained to Uefa about the size of the goalposts before Spurs’ Europa League playoff victory against Macedonian side KF Shkëndija at Toše Proeski Arena on Thursday night.

Goals by Erik Lamela, Son Heung-min and Harry Kane earned Spurs a 3-1 victory, with Mourinho playing his unique part before the match, after keepers Joe Hart and Hugo Lloris pointed out the irregularity during the warm-up.

“Before the game was a funny situation because my goalkeepers told me that the goal was small,” explained Mourinho after Hart made his Spurs debut.

“I am not a goalkeeper, but I’ve known football since I was a kid and I know when I stand there and I spread my arms, and I know the distance, so I felt immediately that something was going wrong.

“We got the Uefa delegate to confirm and yes it was 5cm smaller, which we demanded for the goals to be replaced for goals of the right dimensions.”

Mourinho came out on to the pitch, kind of stretched up, and agreed with his keepers. He said the goals were too small and spoke to the Uefa delegate, who then came out presumably with his tape measure.

He measured the goals and they were both 5cm too small. They took both goals down, adjusted them and made them higher.

Mourinho put a picture on his Instagram stretching up trying to touch the crossbar, another of Lloris touching it. It was all quite bizarre.

The home side said: “It’s not our stadium. We didn’t know anything about this.”

There are no suggestions of foul play from Shkëndija, as the stadium in the North Macedonian capital Skopje is not their home ground.

Shkendija’s own stadium was not used as it does not meet Uefa requirements.

Meanwhile, Spurs will meet Maccabi Haifa at Tottenham Hotspur Stadium in a playoff round next Thursday.

We live in a world where facts and fiction get blurred
In times of uncertainty you need journalism you can trust. For only R75 per month, you have access to a world of in-depth analyses, investigative journalism, top opinions and a range of features. Journalism strengthens democracy. Invest in the future today.
Subscribe to News24
Related Links
Uefa set to decide on possible Nations League venue switches
Mourinho, Klopp question Uefa rules after City get reprieve
Uefa have plenty more to consider over Euro tournament
Next on City Press
August 1 | What’s in City Press Sport