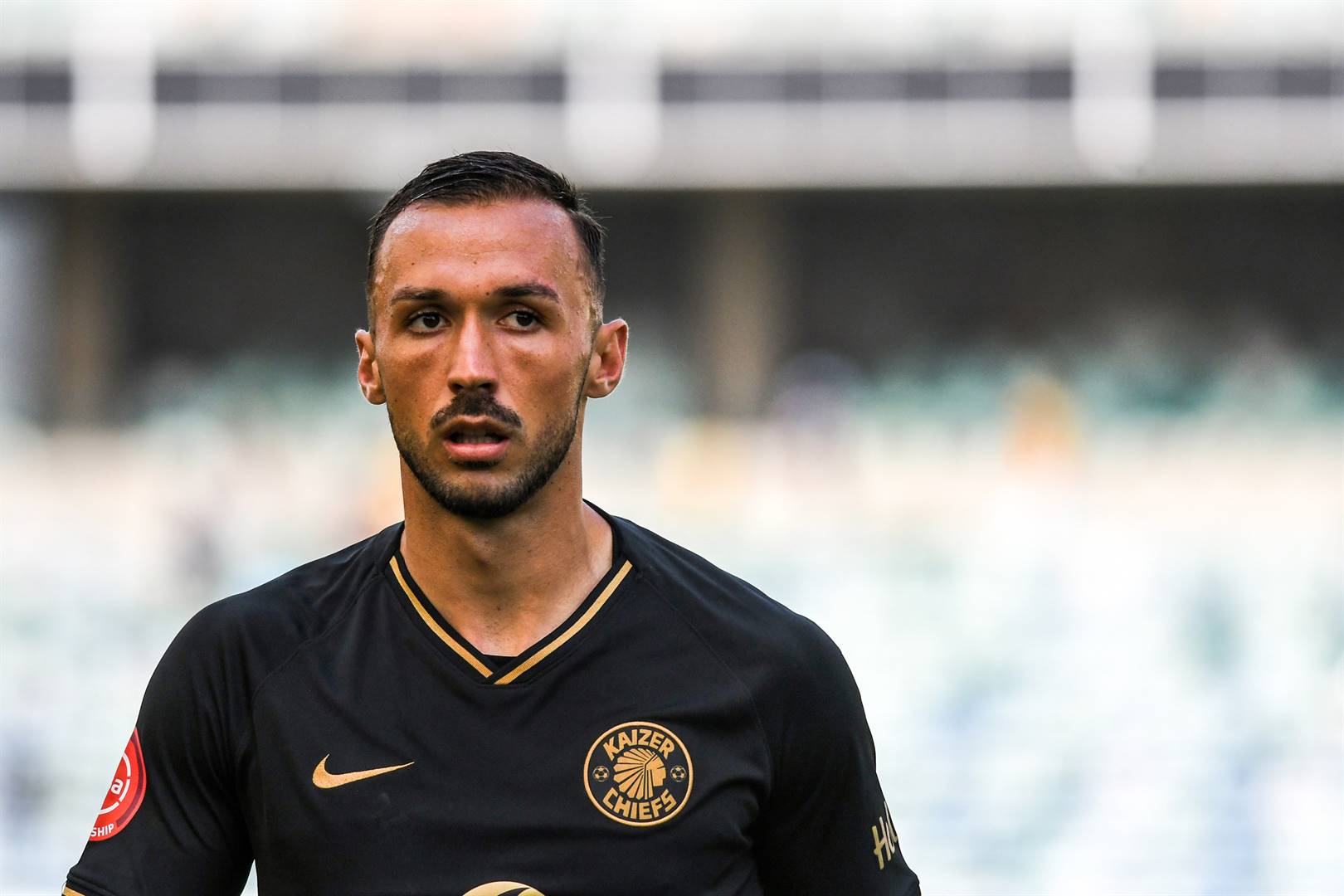 Kaizer Chiefs supporters have been handed good news as the club confirmed that talismanic striker Samir Nurkovic was edging closer to returning to action.

The club confirmed on Tuesday that the 28-year-old Serb was “progressing well” after undergoing surgery on his groin.

“The medical team is anticipating his return to the training fields in two weeks’ time. The striker is recovering from a surgery that has seen him miss the start of this season,” Chiefs said on the team’s injury update on the club’s official website.

Read: Of the 45+ players that Amakhosi signed since 2015, only a handful have made an impact

Nurkovic finished as Chiefs’ top goal-scorer with 13 goals from 26 league matches last season, and his absence has been felt.

Amakhosi have struggled so far in the opening days of the new campaign and none of Chiefs attackers has scored in six official games across all competitions.

However, that was the last time a Chiefs player found the back of the net as Amakhosi’s 5-0 humiliation on aggregate by Soweto rivals Orlando Pirates in the semifinals further exposed coach Gavin Hunt’s team’s bluntness in attack.

Chiefs’ only league win so far – a 1-0 victory over Chippa United a fortnight ago – was courtesy of an own goal.

The positive development around Nurkovic can only give hope to the Amakhosi faithful, but Hunt has been presented with new issues in his bid to stabilise the team’s porous rearguard.

Read: The time to experience Soweto derby with fans will come – Hunt

The coach was dealt a double blow at the weekend when central defender Mulomowandawu Mathoho was red-carded in the game against Pirates, while full-back Reeve Frosler was injured in the same game. Frosler has been ruled out for eight weeks, according to Chiefs’ medical team.

The 22-year-old defender was subsequently withdrawn from the Bafana Bafana squad that is due to play São Tomé and Príncipe in the Afcon qualifiers this coming weekend.

Amakhosi will next face Golden Arrows in the DStv Premiership at Sugar Ray Xulu Stadium next Saturday (November 21).

We live in a world where facts and fiction get blurred
In times of uncertainty you need journalism you can trust. For only R75 per month, you have access to a world of in-depth analyses, investigative journalism, top opinions and a range of features. Journalism strengthens democracy. Invest in the future today.
Subscribe to News24
Related Links
The time to experience Soweto derby with fans will come – Hunt
The ‘ghost’ of Wits to take centre stage in Soweto derby
Hunt lauds Chiefs’ first league win as ‘one step forward’ as Soweto derby looms large
Next on City Press
Pitso’s win a coup for South Africa Choose a newsletter
Voting Booth
Former president Jacob Zuma's legal team has given the chairperson of the commission of inquiry into state capture, Deputy Chief Justice Raymond Zondo, an ultimatum. Either he recuse himself or Zuma will either prolong proceedings or exercise his right to remain silent
Please select an option Oops! Something went wrong, please try again later.
Zuma is undermining Zondo
62% - 786 votes
Zuma is within his rights
9% - 114 votes
Zondo has done a good job
29% - 365 votes
Previous Results
You and your credit
Sponsored | Can you pass a credit test?