Pride and arrogance take a tumble in Madrid The seats at the Estadio Santiago Bernabéu, where Real Madrid play their home games, might not be as full for the rest of the season as the club is not alive in any competition still going on.

“The Santiago Bernabéu is the third most visited museum in all of Madrid,” says a proud Real Madrid fan.

The area she is referring to is a room at the stadium that’s officially known as the Trophy Room. One of the largest museums of its kind in the world, this is where all of the 117-year-old club’s cups and individual honours are displayed.

The long, dimly lit corridor leading to the Real Trophy Room is split into different eras, each covering about 20 years. There are detailed photos on the walls and written histories of Real’s excellence. The corridor leads to one room that’s filled with an impressive array of silverware, Cristiano Ronaldo’s ones dominating the latter years. We enter an adjoining room: this is the European room, where all 13 of the team’s European trophies are displayed. 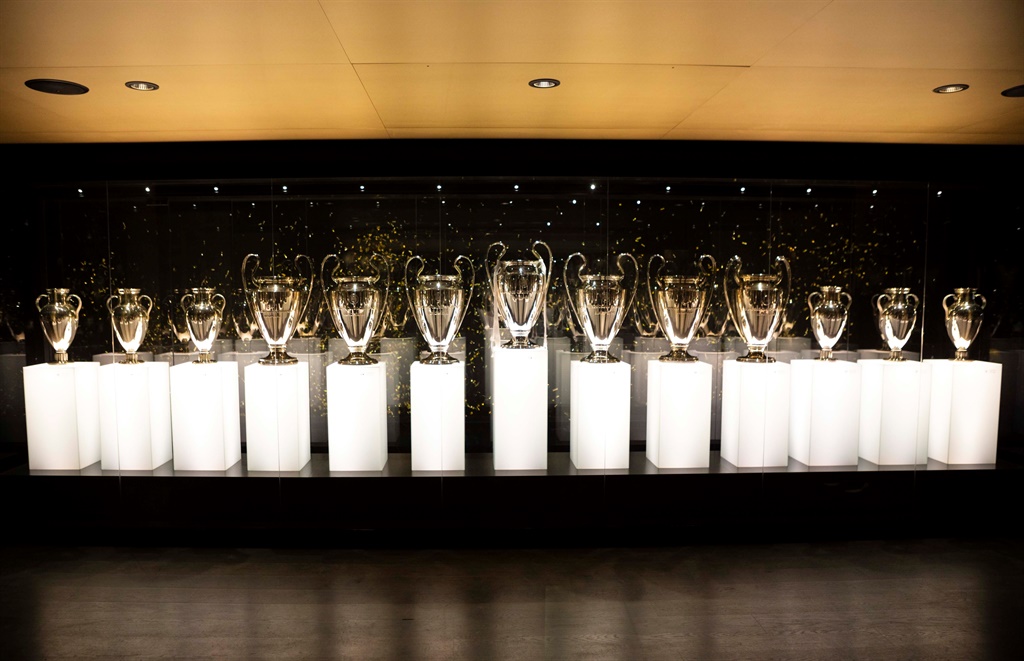 The 13 European trophies Real Madrid have won in their illustrious history. Picture: Supplied

It is a humbling and intimidating feeling to be in a room where the prestigious European club trophies are held – until our tour guide tells us that these are “genuine replicas”, or as I like to call them, “original fakes”. Spoilt a bit of the mood there, buddy.

Two days later, we are seated on the east stand of the Bernabéu as Madrid take on Barcelona in the Liga Clásico. To our right on the top corner, the highest vantage point of the stadium, about 1 000 Catalan fans are seated. As momentum builds for the start of the game, they stand and sing proudly. I then cast my eye around the 81 000-capacity stadium and see older fans chain-smoking, foreign fans taking selfies and Spanish kids with their Madrid T-shirts partly revealed under their jackets. The tension at the Bernabéu is akin to a crowd anticipating the slaughter of a goat at a religious ceremony.

As the match gets under way and Barcelona score, the crowd becomes more restless. The frustration is epitomised by the kid with the zipped-up jacket sitting next to me, who starts screaming angrily in Spanish at the players on the pitch while refusing, even when his favourite player, Isco, is substituted on, to unzip his jacket and reveal his Madrid shirt. A signed Real Madrid shirt that is part of the trophy room at the Bernabéu, commemorating Zinedine Zidane's time as player the club. Picture: Supplied

The club lost that game, marking their second consecutive Clásico loss in four days – in effect, ruling them out of contention for La Liga and the Copa del Rey.

But all was not lost. Three days later, they still had a home game in the Champions League to redeem themselves, especially in a competition for which they hold most of the records. 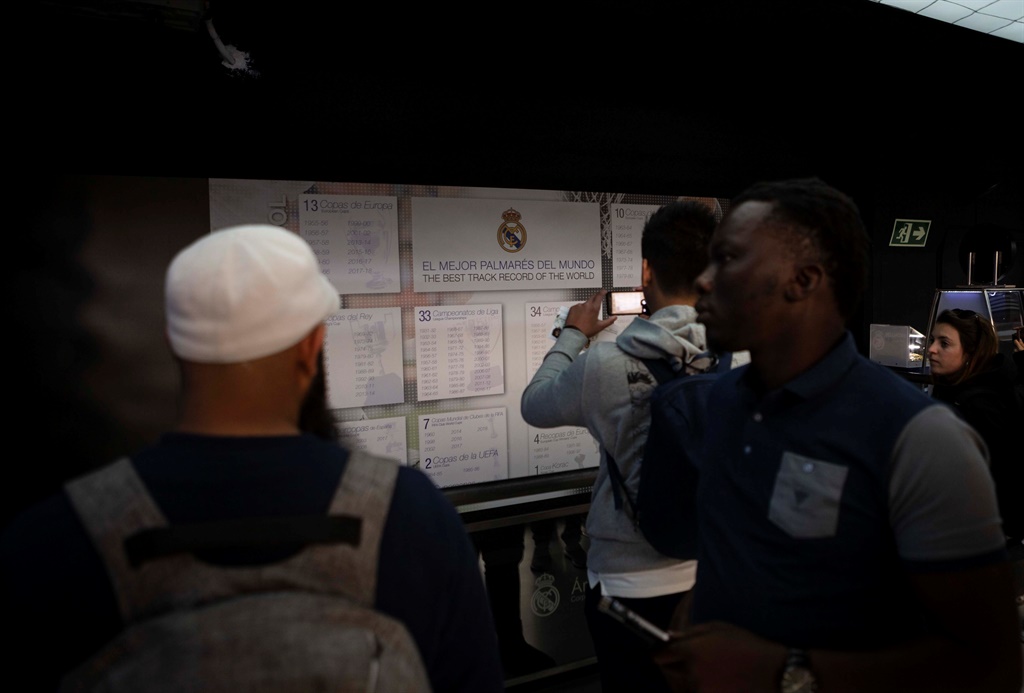 Before you enter the trophy room at the Santiago Bernabéu, you are welcomed by a board listing the honours of the club. Picture: Supplied

Then came Ajax Amsterdam, with its team of millennials, roundly beating the team this week. The last two times Ajax beat Madrid in European football in Madrid was in 1973 and in 1995. Both times, Ajax reached the final.

Yet, for all their glory as the kings of Europe – it literally says that in the Santiago Bernabéu museum – it is not unheard of for Real not to participate in Europe’s most prestigious competition. In fact, this has happened on 14 occasions, the most recent being the 1996-97 season.

Real now face six months’ worth of matches that mean little or nothing to the club. The last time they were beaten in four consecutive home games was in 2004. Since then, they have accumulated 20 trophies for the museum and have achieved feats that all other clubs will look to beat in the future.

But that is all over. The relics in the museum mirror the relics on the field of play, and the genuine Galácticos have been replaced with original fakes.

The departure of both Ronaldo – whose name and legacy cannot be found anywhere in the Madrid official store and is mentioned once in the official tour – and Zinedine Zidane – who left nearly 10 months ago but has returned like messiah – have left an indelible mark on the psyche of a championship team barely clinging to their Club World Cup title. Los Blancos is a team that’s become all arrogance and pride, and there’s an atmosphere of coldness and intimidation in the stadium that does not ask you for approval, but demands you bow your head as you walk through the tunnel and onto its pitch.

There is no doubt that Real Madrid Club de Fútbol will rise again to the lofty heights of yore, as they’ve done many times before. But for now, the kingdom at the Estadio Santiago Bernabéu will serve as a mausoleum to its club’s spectacular fall from grace.

Yesterday, March 6 1902, Madrid Football Club was officially created . A few years later the title 'Real' was bestowed upon the club and it became officially known as Real Madrid CF . A few more years later Santiago Bernebéu become club president after being a spectator, player, captain, director and coach. . The club went through a relatively lean period under his playing days but once he became president the dominance of Spain and Europe began . It was in this stadium that the first five European trophies were brought back too and where the world was mesmerized by big-money gladiators . 117 years, to the day in fact, after the club was born and 71 years after this stadium was opened, Real Madrid suffered what can only be described as the worst week in the club's history . On a personal note I am glad I got to witness this week and this stadium, even if it was quite sad and disappointing. History was made. But I have no doubt that this stadium will rise from the ashes to its former glory and look even better than this . #RealMadrid #Madrid #HalaMadrid #SantiagoBernebeu #Football #Champions

Related Links
Clásico fever the beginning of the end for Spanish giants
Love is ... nah ... Champs League fever is in the air
The fall from grace of the once self-styled ‘Special One’
Share
Next on City Press
Kaizer Motaung banking on Hunt’s experience to end Amakhosi’s trophy drought