Proteas back in must-win terrain 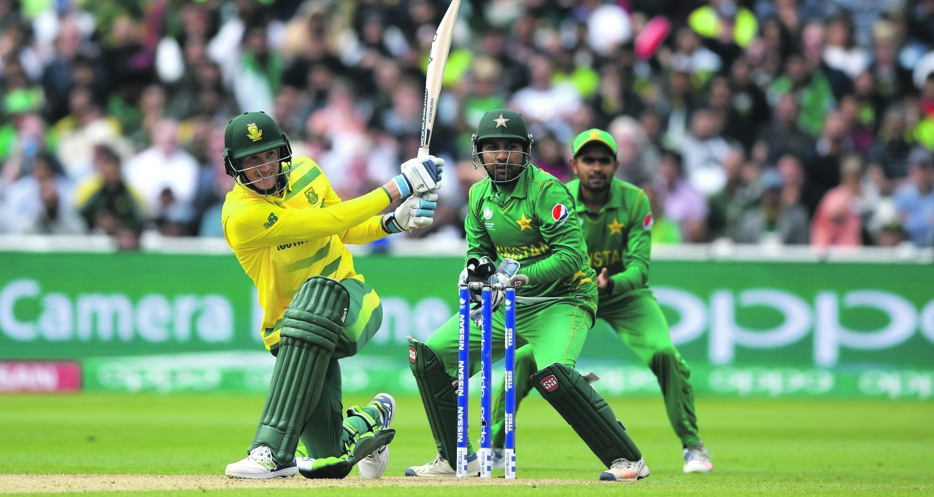 SA has no choice but to beat India to advance from group of death.

In one of those turns of events that sports fans live for, South Africa and India’s Group B clash in the ICC Champions Trophy today has gone from being a coronation of sorts into a mugging zone in which the losers not only part with wallets and cellphones, they also get to go home early.

Between the two favourites to advance, and before the Proteas’ group game against Pakistan on Wednesday, this game was about the right to brag about finishing at the top of the pool.

But after the Proteas and India lost to Pakistan and Sri Lanka, respectively, the section is suddenly the real group of death because all four sides have won once.

A must-win game in a major ICC trophy is a movie South Africans have seen too many times, and it’s almost always gone against them.

Former Proteas coach Eric Simons says that, while the public may expect their countrymen to lose as a result, meaning the pressure of expectation is somewhat lessened for AB de Villiers’ men, it was no less pressure for the players.

“It’s a different game now that India is suddenly desperate to win instead of coming into the game having qualified for the semifinals.

“People had seen South Africa and India as the two favourites to go through from the group – now one of the favourites will go home,” he said.

“The public may have seen this movie before, but it’ll still ratchet up the pressure for the players. There are a few players in this team for whom this, including the World Cup in 2019, represents one of the last few chances they have to win a major trophy.”

Simons said his bigger worry was how South Africa got into this position.

“In an eight-team tournament, there will always be pressure, but the manner in which this game against India has become a must-win game is cause for concern.

“We were favourites to beat Pakistan on Wednesday. Yes, they played well and fielded better than they normally would. But we should have dealt better with the situation, so how we got into this situation in the first place is a concern.”

Simons’ greatest issue is how the bowling attack, initially said to suffer from having too many all-rounders in it, appears to have gone completely off the boil in the past five one-day internationals the Proteas have played in, including the series against England.

“The bowling is putting us under pressure all the time,” Simons said.

“If we bat first, it looks like we’re probably thinking we need to have more runs on the board than we need because we’re concerned about the bowling.

“We just haven’t been getting wickets, and the wickets have been good in this tournament. With teams scoring 300s, our bowling has been exposed. Our fielding has also been uncharacteristically poor – maybe it’s one thing [the bowling] spilling over into another.”

Looking to today’s game at The Oval, Simons said the conditions should still suit the Proteas.

“They should be more at home in those conditions – they’ve played more on them than the Indians have. But, then again, that was the case with Pakistan and they beat us.

“In many respects, this will be the two batting line-ups against each other because India’s bowling hasn’t been that great either.”

He said the fact the Indian players were so familiar with their South African opponents, thanks to their participation in the Indian Premier League (IPL), shouldn’t be a factor.

“Sometimes I think the IPL creates confusion in selections of teams because 20-over cricket is very different to 50-over cricket.

“If you look at England’s Ben Stokes, he’s a great 20-over cricketer, but he’s still learning as a 50-over bowler,” Simons said.

“The need to constantly look for boundaries in the 20-over game is not the same in 50-over cricket. People underestimate the difference in the two formats.”

Simons added that the good thing about the pressured nature of today’s game was that whoever emerged victorious would be “battle-hardened and carry that momentum into the knockout stages”.

Related Links
#ProteaFire to scorch unpredictable Pakistan
Protea bowlers not a bee-side
Hunt is on for new Proteas coach
Share
Next on City Press
Downs, Bucs in goalless stalemate as PSL action resumes