Proteas can do it – if they pull a Pakistan Kagiso Rabada has been the only one with deliveries faster than 140km/h. Picture: Alex Davidson / Getty images

Such has been the calamitous nature of the Proteas start to their World Cup campaign – losing all three of their games so far – that the pessimistic among us have gone the route of gallows humour.

One of the defeatist memes doing the rounds on social media is that the tough choices facing the team now are: “Chicken or beef and window or isle seat.”

The glass-half-full brigade have gone the historic route, citing that Pakistan lost four of their first five games in 1992 and then won the tournament.

With six games left in the competition for the Proteas, pulling a Pakistan is obviously still a possibility. But when have Pakistan – whose cricketing motto seems to be the exception is the rule – ever been held up as an example to follow?

Hopeful wisdom says that, if the South Africans can win five of their remaining games – starting with the powerful West Indies tomorrow – in a 10-team competition in which all the sides play against one other, with the top four advancing into the semis, they should reach there or thereabouts come the knockout stages.

“The bowling has been okay. But it hasn’t been great and only KG [Kagiso Rabada] offers us anything more than 140km/h, which is a big problem. The biggest problem for me is the top six not taking responsibility. We rely on Quinton de Kock and Faf du Plessis, and every time they go, you worry where the runs are going to come from.

“JP Duminy has been disappointing. With his experience, he simply hasn’t put in the numbers. [Hashim] Amla has been off form for the past few internationals ... I’m a big believer that the top six have to control the 50 overs, so Chris Morris and KG don’t come in around the 30th over.

“Somebody needs to score a big hundred – and soon.”

The fielding, a past strength of the Proteas, came in for special mention as well: “Yes, it’s an old side, but the way we’ve fielded is the worst fielding performance of any South African team when you consider we had players like Jonty Rhodes, Herschelle Gibbs and AB de Villiers.

“We’re dropping easy chances, which shows that we haven’t got confidence. I just hope we do well on Monday [tomorrow] so we can get some momentum going.”

However, Toyana couldn’t pinpoint where he thought the five wins could come from.

“I think the first thing that needs to happen is we need to lose the toss for a change,” he said, tongue-in-cheek.

“We’ve won every toss, but everything we’ve decided to do has been the opposite of what the pitch has been doing.

“But it’s going to be tough. There are some strong teams we still need to play against. The Aussies are playing serious cricket. I know the West Indies lost, but they’re a quality team. But this is a proud Proteas’ team, I still expect big hundreds from Quinny and Faf.”

Before leaving for the World Cup, the Proteas’ plan for winning the tournament was bowling sides out.

But Dale Steyn’s failure to recover from the injury he carried intothe tournament and Lungi Ngidi’s being ruled out of the India and West Indies games means the Proteas – who have also not executed that well – haven’t been able to unfurl their strategy.

“I’m quite excited that Beuran Hendricks is going over as Steyn’s replacement because he’ll give that attack variety and, on his day, he can get it up to the 140s. So he, KG and Morris can offer us plenty with the ball – and then you have Imran Tahir.

“But the best bowler for us at the moment is Andile Phehlukwayo. Every time he has come on, he has broken partnerships and has bowled to good plans. I think those five need to play against the West Indies tomorrow.”

We live in a world where facts and fiction get blurred
In times of uncertainty you need journalism you can trust. For only R75 per month, you have access to a world of in-depth analyses, investigative journalism, top opinions and a range of features. Journalism strengthens democracy. Invest in the future today.
Subscribe to News24
Related Links
Find your capes and get going, Proteas
Side Entry: Don’t be surprised if the Proteas finally do it
Next on City Press
R1.4 million up for grabs at PSL Awards 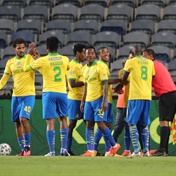 Read more on:
west indiesproteasfaf du plessisquinton de kockkagiso rabada
Podcasts
Podcast | How to pay off your home and car