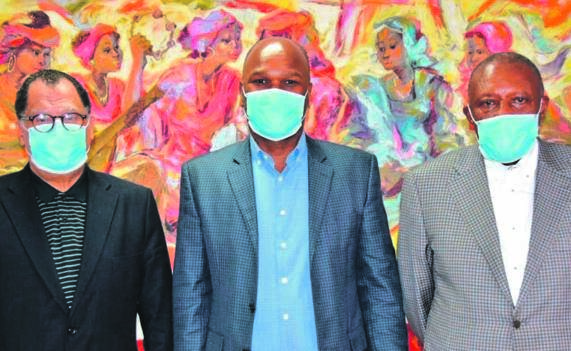 If the PSL had its way, it would split its 16-club structure into two groups of eight teams, each converging at two venues – in Limpopo and Gauteng – to fast-track the conclusion of the 2019/20 Absa Premiership season.

City Press has reliably learnt this was proposed at the league’s executive meeting on Thursday.

Central to the discussions was the health and safety match-day protocol document, which was compiled by a task force that was established by the PSL’s board of governors in March, shortly after the postponement of fixtures in the wake of the Covid-19 coronavirus pandemic.

This is almost a similar idea to that of the Premier League’s plan – dubbed Project Restart – which seeks to resume English football in neutral stadiums, while also determining the necessary health measures and logistics to get buy-in from government.

Some of the guidelines include:

This week, the Bundesliga announced that it would resume, albeit under strict regulations.

Efforts to reach PSL chairperson Irvin Khoza were in vain, but he told City Press last week that the league’s next move after Thursday’s meeting would be to present its plan to government.

According to an insider, the PSL leadership will only make comments after it has submitted its proposal to the national health department and after meeting with Sports, Arts and Culture Minister Nathi Mthethwa this week.

The PSL needs a go-ahead from the health authorities, who will determine if the league’s plan is feasible. The requirement is the Fifa directive’s only condition regarding the resumption of leagues – that the leagues obtain a go-ahead from their respective national health departments.

The insider, however, did not provide details pertaining to key logistics such as how the players will be tested, suffice it to say that the PSL will cover most of the costs, including accommodation for the teams.

What is clear, however, is that the PSL is intent on concluding the season, and clubs are said to have also expressed determination to complete the season, which has been suspended for almost two months owing to Covid-19.

PSL leadership will only make comments after it has submitted its proposal to the national health department and after meeting with Sports, Arts and Culture Minister Nathi Mthethwa
A PSL insider

The 16 premier division clubs are left with a combined 108 matches, which translate to 54 fixtures. This does not include the remaining Nedbank Cup matches – two semifinals and the final.

It remains to been seen how the NFD teams will be incorporated into the PSL’s plan, given that there is the pressing matter of the promotional/relegation play-offs.

Meanwhile, PSL and Safa are set to meet this week, a sign that the two warring organisations have heeded the call by Mthethwa to approach government “with one voice”.

“Safa and the PSL will meet [this] week and this was accepted by both parties on Thursday for discussions over these documents so that we don’t take contradictory messages to the government.

“We want to speak with one voice as the minister requested,” Safa head of communications Dominic Chimhavi told City Press.

“As Safa, we drew up our conditions after having spoken to medical experts, who discovered that teams could only play at level 1 [of government’s risk-adjusted lockdown strategy]. We sent that document to the PSL for its input.”

Mthethwa this week urged Safa president Danny Jordaan and Khoza to work together, adding that he needed their “wise counsel as leaders in football”.

“They must counsel me. I emphasised that, when I elevate whatever proposals they have to my colleagues in Cabinet‚ I should be going there with one voice,” the minister said.