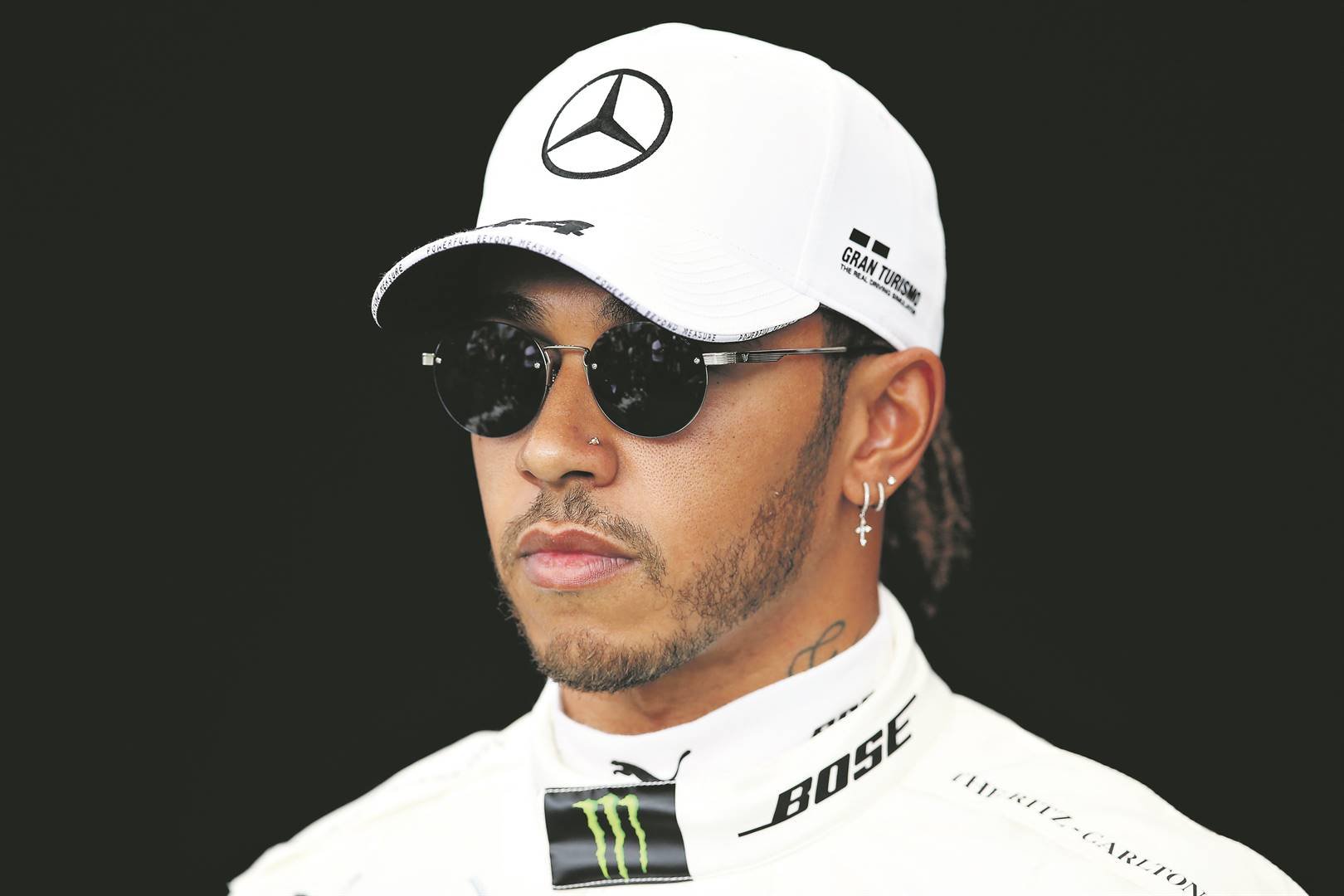 His fourth consecutive drivers’ championship sees him draw level with German legend Michael Schumacher, who is undoubtedly the only driver who can give Hamilton a run for his money when it comes to naming the greatest Formula One driver in history.

Hamilton’s dominance over the past three years continued into this strange season, in which theCovid-19 coronavirus pandemic caused havoc to sport throughout the world.

The season-opening race in Australia was cancelled when all the teams were already assembled in Melbourne.

Thereafter, the races fell like flies: Azerbaijan, Bahrain, Canada, the Netherlands, Spain and Vietnam all had to be postponed, and several were later cancelled.

The International Automobile Federation sought to salvage what it could and introduced a new calendar that included back-to-back races in Austria, the UK and Bahrain, as well as three in Italy.

All of that seemed to make little or no difference to Hamilton, who has won 10 of 14 races to assemble an unassailable lead at the top of the standings with 307 points – 110 points more than his Mercedesteam-mate Valtteri Bottas.

Despite having won the title and helping Mercedes to a seventh consecutive championship, it seems unlikely that Hamilton will ease his foot off the pedal in the three remaining races –two back-to-back in Bahrain and the other in Abu Dhabi. He might – if he feels particularly charitable – help Bottas to the runner-up position, but with the Finn being 27 points ahead of Red Bull’s Max Verstappen, Hamilton may as well help Bottas by simply winning the three remaining races and preventing Verstappen from picking up maximum points.

I would like to be here [at Mercedes] next year, but there’s no guarantee of that. There’s a lot that excites me about the ‘afterlife’. So time will tell.
Lewis Hamilton

There is, however, the question about what Hamilton will do next year.

Having won his seventh title and overtaken Schumacher as the driver with most grand prix wins, and seemingly in the prime of his career, he has not yet been confirmed as a Mercedes driver for next season.

At the beginning of this month, the 35-year-old sent shock waves throughout the racing world when he said he was not certain he’d be involved in the sport next year.

Mercedes fans had flashbacks to the only driver to have denied Hamilton a world championship in the past seven years – Nico Rosberg. Within days of denying Hamilton the title in 2016, his Mercedes team-mate announced his retirement.

Mercedes team principal Toto Wolff, who, like Hamilton, is out of contract at the end of the season, earlier indicated that he might not continue in his present role next year.

Asked how he felt about Wolff’s statement, Hamilton said he could understand the former’s position.

“I’m very, very aware of where he is mentally, and we share and carry a lot of the weight together, I think.

“I don’t even know if I’m going to be here next year, so it’s not a concern for me at the moment.

“I would like to be here [at Mercedes] next year, but there’s no guarantee of that. There’s a lot that excites me about the ‘afterlife’. So time will tell,” he said.

Formula One without Hamilton next year, however, seems highly unlikely.

For one, the Brit is incredibly ambitious and being the sole record-holder of the highest number of titles is something that will, no doubt, be quite appealing to him. For that, he needs one more championship.

Thank you all for every bit of support you’ve given me, I’m so grateful???? pic.twitter.com/UFLyZXgfl4

The other point in favour of his continuation is that he has taken the lead in making the sport more diverse and in ensuring that Formula One becomes socially relevant.

That, on the other hand, could also possibly be a reason that Hamilton does the unthinkable and leaves.

The realisation that he wants to play a much bigger part in fighting racism throughout the world could see him choose an even bigger stage than Formula One can provide him with.

Only time will tell which road he will head down.

We live in a world where facts and fiction get blurred
In times of uncertainty you need journalism you can trust. For only R75 per month, you have access to a world of in-depth analyses, investigative journalism, top opinions and a range of features. Journalism strengthens democracy. Invest in the future today.
Subscribe to News24
Related Links
Hamilton eyes more Schumacher records
Grand Prix: Austria hoping for a Red Bull festival
F1 changes tack amid coronavirus crisis
Next on City Press
Pitso’s win a coup for South Africa Choose a newsletter
Voting Booth
Former president Jacob Zuma's legal team has given the chairperson of the commission of inquiry into state capture, Deputy Chief Justice Raymond Zondo, an ultimatum. Either he recuse himself or Zuma will either prolong proceedings or exercise his right to remain silent
Please select an option Oops! Something went wrong, please try again later.
Zuma is undermining Zondo
62% - 764 votes
Zuma is within his rights
9% - 112 votes
Zondo has done a good job
29% - 358 votes
Previous Results
You and your credit
Sponsored | Can you pass a credit test?