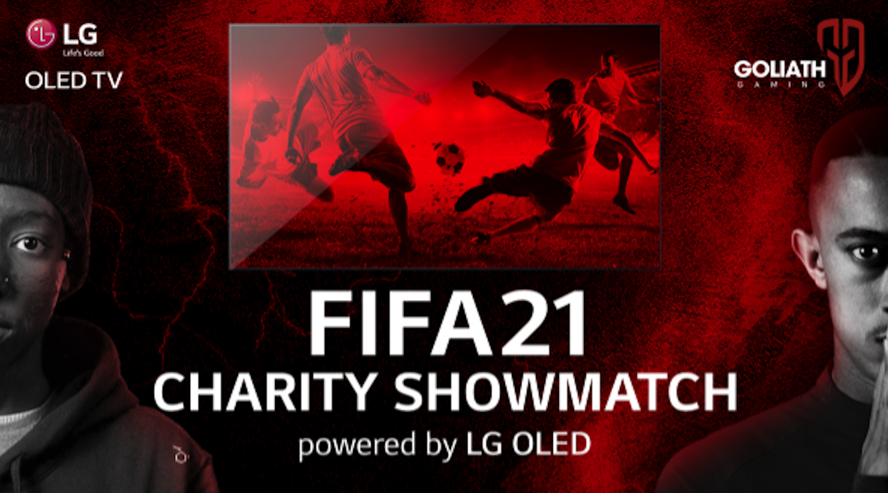 Real football is back, but virtual football never went away even in the midst of the Covid-19 coronavirus pandemic.

This weekend, two of South Africa’s premier Fifa esport players will collide in a R20 000 winner-takes-all for charity.

Thabo “Yvng Savage” Moloi and Julio “Beast” Bianchi will go head-to-head on Saturday in a Fifa21 match that is expected to produce some on-screen fireworks.

The match, in celebration of LG’s new OLED TV range that is designed with gamers in mind, will be played “on the world’s largest 88-inch 8K OLED TV that retails at R450 000”, according to Lance Berger of LG SA.

Both Moloi and Bianchi, who play under Goliath Gaming, have some impressive Fifa achievements under their belts.

One lucky person who tunes in to the showmatch stream stands to win R5 000 for a charity or do-good entity of their choice.

Yvng Savage broke on to the Fifa scene in 2018 and has won numerous local tournaments.

He captained the eBafana Bafana team in the Fifa eNations Stay And Play Cup alongside Cassper Nyovest, Kagiso Rabada and Sibusiso Vilakazi.

He ended the season as number one on PS4 in South Africa and 73 in the official Fifa20 rankings.

Most recently, he was announced by energy drink company Red Bull as its first esports ambassador in Africa.

On the other hand, Bianchi, who used to be a semi-pro footballer, competed in the Fifa eWorld Cup Global Series play-offs in Amsterdam, Netherlands, in 2018, where he impressively beat two-time world champion August Agge Rosenmeier. Locally, Beast has won many top local tournaments and ended the Fifa20 season third on PS4 in South Africa and 155th in the world.

Each player has chosen a charity to donate to, with Bianchi picking Norwood Central Primary School and Moloi choosing the Kolisi Foundation.

One lucky person who tunes in to the showmatch stream stands to win R5 000 for a charity or do-good entity of their choice.

The showmatch will be hosted by Sam “Tech Girl” Wright and casted by Wasim “Wass” Rajah.

Catch the match between Beast and Yvng Savage live

More details can be found at Goliath Gaming

We live in a world where facts and fiction get blurred
In times of uncertainty you need journalism you can trust. For only R75 per month, you have access to a world of in-depth analyses, investigative journalism, top opinions and a range of features. Journalism strengthens democracy. Invest in the future today.
Subscribe to News24
Related Links
eBafana Bafana knocked out of Fifa cup as Nyovest, Vilakazi stumble
Cassper Nyovest, Kagiso Rabada called up to ‘Bafana’
Kagiso Rabada gets GIFed!
Next on City Press
Tyson hoping for a fresh start in Pirates’ new look