Side Entry: Talent scrapheap can be avoided through sevens ‘finishing school’ 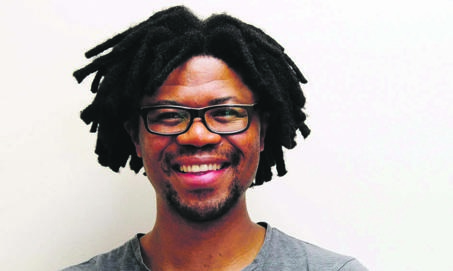 Former Stormers loose forward Nick Koster’s retirement at the ripe old age of 29 this week was a timely reminder of the many players whose massive careers fail to materialise year in and year out without any of us batting an eyelid.

When he was a schoolboy at Bishops in Cape Town, Koster – a big eighthman who basically carried his team – had a reputation that spread as far as Gauteng.

If you understand the suspicion with which coastal media and their northern counterparts treat each other, having a schoolboy on the radar of the latter, when they sometimes didn’t recognise actual professionals, was huge.

Koster was a big thing waiting to happen in local rugby circles, having captained Western Province to the 2006 and 2007 Craven Weeks and been part of both SA Schools squads, a feat topped when he made his provincial debut at 19.

Yet, for whatever reasons – maybe too much too soon, critical injuries early on and uncertainty on his best position (like fellow No 8 Pierre Spies, he also played a little on the wing) – Koster never hit the heights that were predicted for him, his career grinding down to a low-key end at Cambridge University this week.

Koster’s name isn’t alone in a graveyard full of players with massive and unrealised potential.

Ranging from JP du Plessis, who went straight to Rugby League in Australia after school, to Chiliboy Ralepelle – a Springbok debutant at 19 who would go on to have only a moderate Bok career due to a body ravaged by injuries – the number of schoolboy prodigies who don’t make it is staggering.

Of course, it is one of life’s unwritten rules that talent alone won’t see a player through to the top. Resilience, determination, discipline, work ethic – all the unsexy things few people tell extravagantly gifted kids – become more important the higher the level a player reaches.

But we still have to ask if we as a country do enough to develop the talent that tends to come in droves into our structures. A great example of how easy it can be to forget a player with potential is former SA Under-21 captain Clyde Rathbone, who ended up becoming a Wallaby.

Having led the SA Under-21 side to victory in their 2002 World Cup, a lengthy groin injury put Rathbone on the scrapheap in local rugby, which gave the Aussies the gap they were looking for to lure him Down Under.

It is doubtful Rathbone would have gone on to play for the Springboks, given the patience the Australian Rugby Union showed in nursing him back to robust health and converting him from a midfielder not possessed with the softest hands into a powerful and explosive winger.

We don’t do patience – or, indeed, coaching, sometimes – well in South Africa, which is evidenced by Koster leaving for Bath as early as 23 in all likelihood because there were other eighthmen in Spies and Ryan Kankowski.

It’s almost like saying it is fine to lose either Juarno Augustus or Hacjivah Dayimani because you’ll be left with one of them.

Mindful of the fact that there are different ways to make it to the top, maybe the elegant solution is to send our most promising youngsters to the national sevens team or academy as a finishing school, like young Muller du Plessis seems to be doing.

Perhaps desperate not to make the same mistakes as his elder brother JP, the younger Du Plessis has found himself a home on the sevens circuit for the foreseeable future, which will round off his game sense, conditioning, defence, skills and vision so that he is a sought-after player when he returns to 15s rugby.

Blitzboks coach Neil Powell modestly says they tend to improve players because they have time, but there is a lack of coaching for young players in South Africa, where the school coaches don’t work on the bigger boys’ basics and the age group coaches at provincial level seem to assume the boys have already been coached.

In a world in which Curwin Bosch’s rich promise in high school can summarily be sacrificed for a bigger, more limited player simply because he’s a better tackler, maybe sevens is the best way to help our gifted players realise their potential.

Related Links
Side Entry: SA coaches and their insular ways
Side Entry: MSL will play a massive developmental role
Side Entry: Steyn shows ‘old’ Proteas have a World Cup job to do
Share
Next on City Press
Side Entry: Shifting global sands – rugby will never be the same again

Read more on:
rugby
MONEY MAKEOVER
Podcast | Mistakes to avoid with your own business