Side Entry: Time for Proteas management to live with the consequences of their decisions 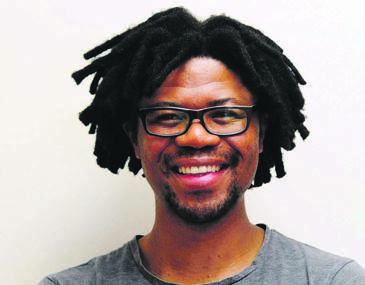 Years ago, someone once said that there are no good or bad decisions.

Their thinking was that the only thing that matters when it comes to making decisions is living with the consequences.

With the Proteas having lost all three of their World Cup games thus far, Cricket SA must be grappling with whether it was a good or bad decision to politely decline AB de Villiers’ reported eleventh-hour request to be considered for the World Cup squad.

Hindsight being what it is – and the batting, among other things, having been short of authority – it’s tempting to think it was the wrong call to refuse De Villiers’ selfish decision to test their resolve in the team they had in mind on the eve of the tournament.

But the simple truth is that they made the right decision, even though conventional wisdom says if you’re offered De Villiers, especially by De Villiers, you take him.

Successful teams are all built on the right principles, and one such principle is that nobody is bigger than the team.

Taking in De Villiers, regardless of how popular he actually is in the Proteas team, would have broken the very idea of what it constitutes to be a team.

But as many points as the Proteas’ management team get for standing firm on their principles, they lose an awful lot on some of the decisions they made in putting the team that’s at the World Cup together.

The most obvious is Dale Steyn’s return home without bowling a ball in anger due to that shoulder injury he sustained during the Indian Premier League (IPL).

Injuries usually come with a prognosis of how long they’ll take to heal.

With Steyn, that went from “he’ll be ready by the World Cup to he might miss the first week, but be there for the rest of it”.

Anyone who has been in the same room as Steyn will understand why the powers that be gave him every chance to make it.

South Africa’s greatest fast bowler oozes humanity and literally lights up every room he walks into because he’s so grounded for a thoroughbred athlete.

But the decision to take him to the World Cup was made as much on the kind of sentiment which made the Springboks commit to fix Jean de Villiers for the 2015 World Cup, rather than find his replacement in the 10 months after he suffered a knee injury against Wales the year before.

If you ask Ottis Gibson and his captain Faf du Plessis why they had to take Steyn along to the World Cup, even though he limped there, they’d probably ask you who else they could have taken.

But the response to that is whose fault is it that no replacement was considered? Especially considering Steyn’s recent injury history.

The Proteas’ World Cup squad had no less than five players – Steyn, Kagiso Rabada, Lungi Ngidi, JP Duminy and Anrich Nortje – who had to overcome injury to take up their places in the team, the latter failing because he sustained another injury.

Sure, they were unlucky in how the IPL incapacitated their two leading fast bowlers Rabada and Steyn, but the Australians foresaw the potential for that by withdrawing their players early to join their training camp for the World Cup.

Granted, all of this is 20-20 vision, so it all makes perfect sense now that the Proteas are struggling their way through the World Cup.

But one would also have expected the Proteas’ management team to have had hindsight after dealing with Jacques Kallis leaving them in the lurch before the last World Cup in 2015.

Related Links
Side Entry: Kearns’ whinge about Jaguares everything that’s wrong about Super Rugby
Side Entry: Don’t be surprised if the Proteas finally do it
Side Entry: Morné Steyn – SA rugby can’t exactly be accused of liking shiny new things
Share
Next on City Press
Netball SA to resume competition in a bio-bubble