The PSL race is at the halfway mark. Let’s take stock 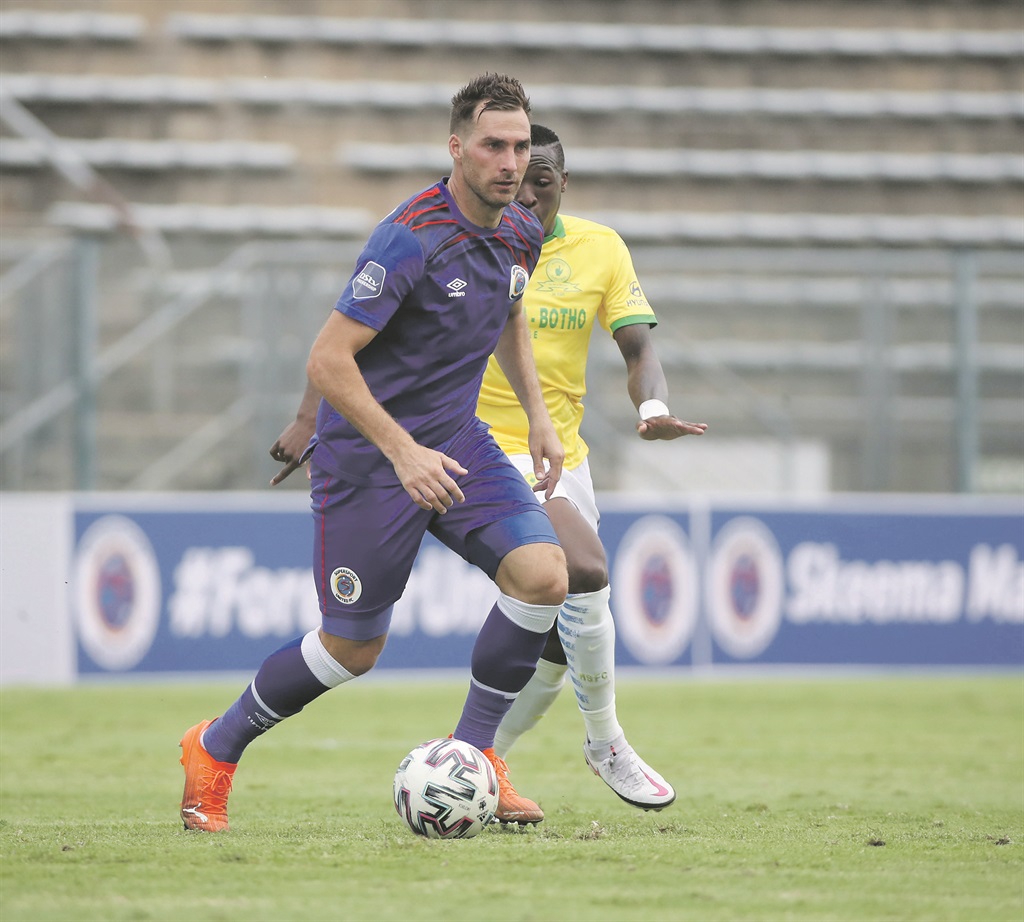 Due to the Covid-19 pandemic, the 2020/21 DStv Premiership campaign has been a season like no other.

Competition has commenced with no fans or media allowed at stadiums after the 2019/20 season was completed in a biologically safe environment, the “bio-bubble”.

The absence of fans, however, has not deterred the teams from dishing out plenty of action in the 115 league games played as the Premiership campaign hits the halfway mark.

Defending champions Mamelodi Sundowns have proved to be a team to beat, surging ahead with SuperSport United and Swallows not far off in the chasing pack.

To their advantage, United and the Birds do not have CAF interclub competition obligations to worry about.

Sundowns will begin their Champions League campaign later this month, and this could disrupt their momentum.

Newcomers Swallows have without doubt been the surprise package in their first season back in the top flight. Coach Brandon Truter’s men have impressed with an undefeated record in 14 games, and the 43-year-old tactician from Mitchell’s Plain in Cape Town has duly been rewarded with two Premiership coach of the month awards.

Soweto giants Orlando Pirates and Kaizer Chiefs have endured mixed fortunes and both are still some way from catching up with the top three.

Five teams are already on the 20-goal mark and there are surely more to come.

There have been only eight goalless draws in all the 115 games played so far. Strikers in the Premiership have had a pleasing scoring run in the season so far, with 267 goals in total. SuperSport talismanic striker Bradley Grobler has an 86% scoring record, having bagged 12 goals in 14 games. Last month, the 33-year-old became a PSL club legend when he smashed Matsatsantsa a Pitori’s all-time scoring record of 57 goals, previously held by the late Abram Raselemane.

Grobler is followed closely in the Premiership’s current list of leading scorers by his Swallows counterpart Ruzaigh Gamildien, who has nine goals. Mamelodi Sundowns star Themba Zwane and Mduduzi Mdantsane of Cape Town City are on eight goals each, scoring from midfield.

Could it be that playing without the pressure of fans has given the players – particularly the strikers – a new lease of life?

“In the past 10 years, there’s been an ongoing debate about the lack of goals. It could be that there’s been too much pressure on strikers to score goals,” Grobler told City Press.

“I think there’s been a change of focus from defence to attack. I’ve been in the league for many years now and I’ve seen defending being the biggest part of football. It could be that we’re going into an era where it’s more about attacking and scoring.

“I hope that’s where our game is going because we certainly need it to be that way. So far, it’s been a good Premiership and I hope it continues.”

The curse of the Limpopo teams continues in the league. Venda clubs Black Leopards and Tshakhuma Tsha Madzivhandila (TTM) have been rooted at the bottom of the table for the better part of the first round.

It was a similar case last season, when Leopards had to go to the promotional play-offs to retain their Premiership status, while fellow Limpopo side Polokwane City were relegated to the first division.

TTM and Leopards have not won a match away from home so far. TTM have been badly affected by their boardroom dysfunction, which has led to the club being sold less than a year after they bought the status of Bidvest Wits.

The natural instinct of club-owners has been to axe coaches when results are not forthcoming. Baroka, TS Galaxy, Chippa United, Maritzburg and Leopards have all changed coaches over the past few months. However, these changes have not yielded a huge difference in results, as those teams are still in the bottom half of the table.

Dylan Kerr came and went at Baroka and Leopards this season, while Dan “Dance” Malesela moved from Galaxy to Chippa. Maritzburg reunited with the temperamental Ernst Middendorp in November.

We live in a world where facts and fiction get blurred
In times of uncertainty you need journalism you can trust. For only R75 per month, you have access to a world of in-depth analyses, investigative journalism, top opinions and a range of features. Journalism strengthens democracy. Invest in the future today.
Subscribe to News24
Related Links
Tim Spirit | TTM should serve as a case study for PSL
My Take | Safa and the PSL must tighten club ownership change processes
Wrong calls can’t be overturned, but Safa deals decisively with erring refs
Next on City Press
Life after Wayde: ‘Tannie’ unleashes a new protégé

Choose a newsletter
Voting Booth
The EFF has sent a legal letter to President Cyril Ramaphosa’s office, demanding that the lockdown regulations be relaxed to allow political gatherings in compliance with all Covid-19 protocols. The party said that regulations prohibit political campaigning and activities in preparation for this year’s local government elections.
Please select an option Oops! Something went wrong, please try again later.
Like church members, political party members should gather
20% - 25 votes
I fear the third wave
40% - 49 votes
Hold off on the elections
40% - 49 votes
Previous Results
The best of 2020
forsubscribers
Can you guess who featured in our most popular articles from 2020?