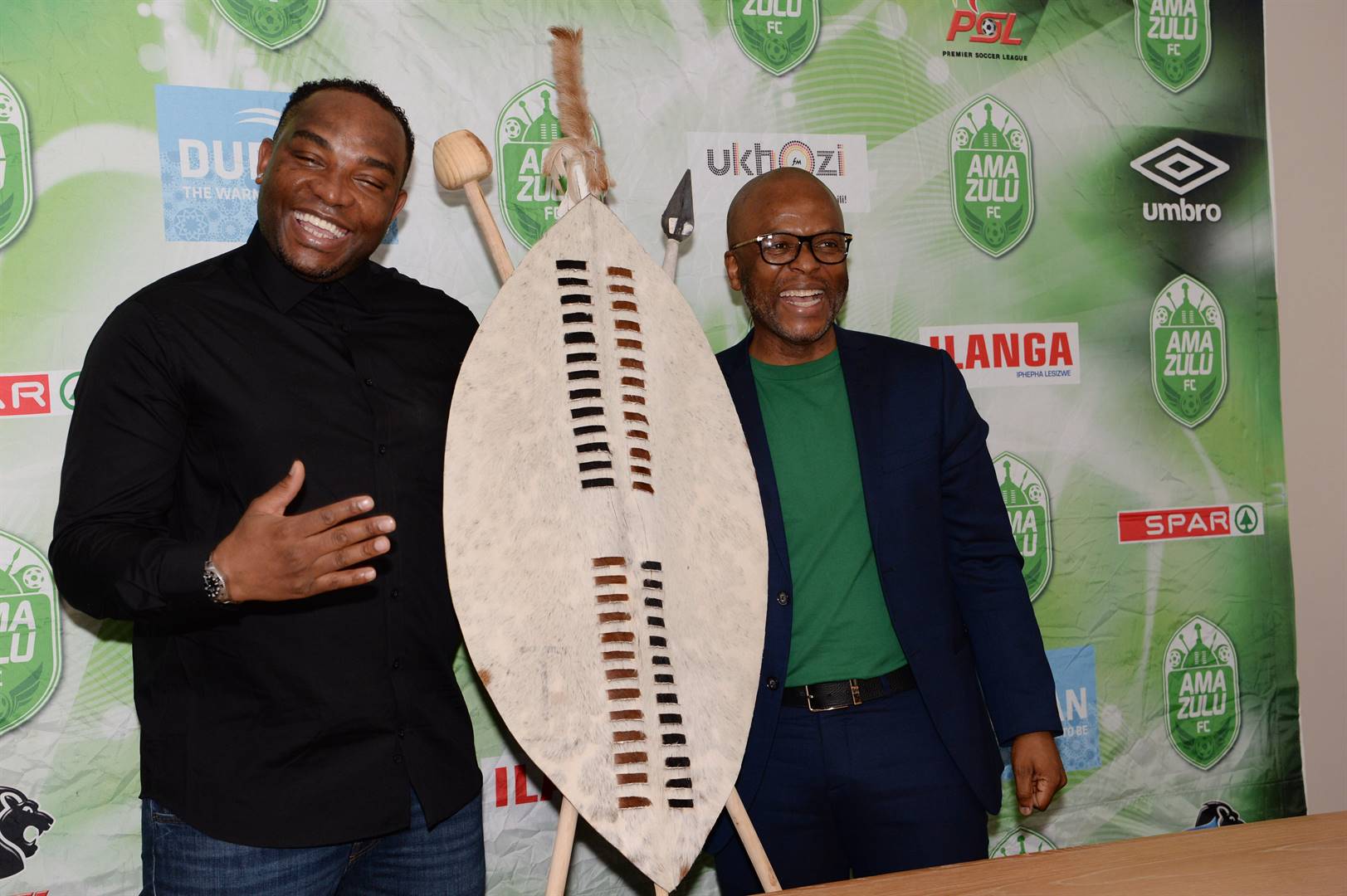 Benni McCarthy will not be on the bench tonight. Picture: Gallo Images

The Day of Reconciliation will see two derbies in the DStv Premiership on Wednesday afternoon.

TTM joined the big league this year after buying the DStv Premiership status of Bidvest Wits.

Sadly, football fans in Venda will not witness the derby as games continue to be played behind closed doors.

Ordinarily, if there wasn’t a fan ban, Venda would be a hive of activity. Derby day would have been like a festival to mark the historic occasion in the Limpopo town.

Leopards are 15th on the table with four points while TTM have seven points in ninth position.

READ: Controversial TTM insist they’ll be ready for the start of the reserve league

In another derby, AmaZulu face Golden Arrows in the derby at the Jonsson Stadium in Durban (5.30pm).

In the absence of the new AmaZulu coach, Benni McCarthy, on the bench will be assistant coach Allan Freese.

The former Bafana Bafana striker was unveiled as the new head coach on Monday, replacing Ayanda Dlamini who was demoted to the youth structures on account of poor results.

Usuthu are 11th on the table with six points while Arrows are seventh with eight points.

The MTN8 finalists will also be in action for the first time since the final. Winners Orlando Pirates are up against Chippa United at the Orlando Stadium in Soweto while Bloemfontein Celtic host Baroka at the Dr Petrus Molemela Stadium. Both matches kick off at 7pm.

Callies are back in professional football after gaining promotion from the ABC Motsepe League. They will play at the stadium named after their most famous former player Lucas Moripe.

We live in a world where facts and fiction get blurred
In times of uncertainty you need journalism you can trust. For only R75 per month, you have access to a world of in-depth analyses, investigative journalism, top opinions and a range of features. Journalism strengthens democracy. Invest in the future today.
Subscribe to News24
Related Links
PSL media man lands top CAF job
Top coaches linked to AmaZulu coaching job
Zwane credits Erasmus and Shalulile for PSL award
Next on City Press
Hanging Judge | ‘Draft excluder’ is legal

Choose a newsletter
Voting Booth
The EFF has sent a legal letter to President Cyril Ramaphosa’s office, demanding that the lockdown regulations be relaxed to allow political gatherings in compliance with all Covid-19 protocols. The party said that regulations prohibit political campaigning and activities in preparation for this year’s local government elections.
Please select an option Oops! Something went wrong, please try again later.
Like church members, political party members should gather
50% - 3 votes
I fear the third wave
17% - 1 votes
Hold off on the elections
33% - 2 votes
Previous Results
The best of 2020
forsubscribers
Can you guess who featured in our most popular articles from 2020?