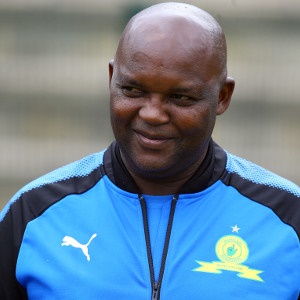 Pitso Mosimane is an activist and his colleagues might thank him later for fighting for a good cause.(Gallo Images)

His tendency to react quickly and his sharp tongue continue to land him in trouble with the PSL, but those close to the Mamelodi Sundowns coach tell Daniel Mothowagae that he is an activist by nature.

Pitso Mosimane is an activist and his colleagues might thank him later for fighting for a good cause.

So says Mosimane’s close friend Mike Ntombela about the Mamelodi Sundowns coach, who many perceive to be problematic and inclined to shoot from the hip.

Since he assumed the role of head coach in the elite league with SuperSport United in 2000, Mosimane has made regular appearances before the league’s disciplinary committee.

And being a repeat offender has come at a huge price for the former Bafana Bafana tactician, who was once handed an unprecedented fine of R100 000 and a 12-year ban, although the conviction carried suspended sentences.

“Coach Pitso is like that. He isn’t worried about himself – he cares about the game. He likes to win, but doesn’t like the injustices. Revolution by nature is violent and he’s trying to revolt against a system he believes is flawed,” says Ntombela. 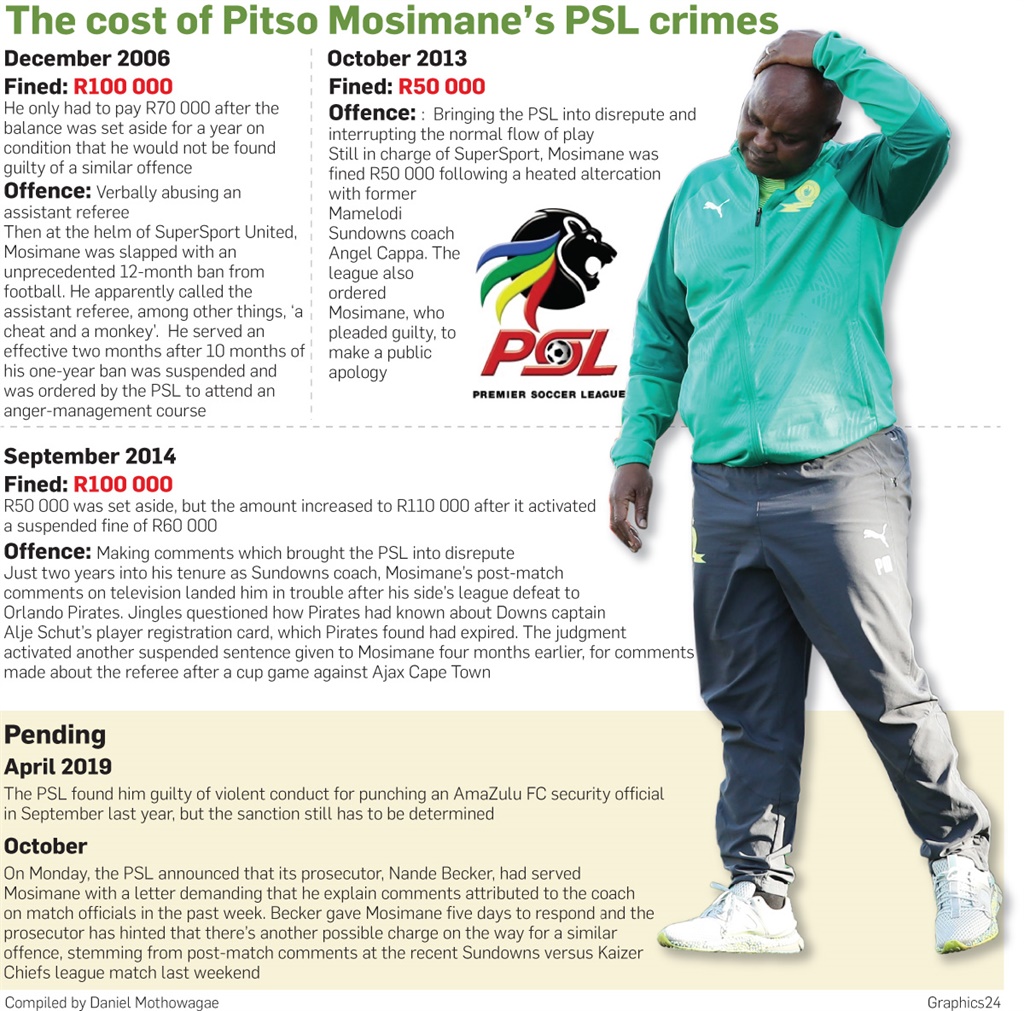 He adds that his pal has two characters: “He’s a modest kasi guy, but once he’s on the field, he’s a fierce competitor.”

Ntombela believes Mosimane’s “activism” will benefit his colleagues, many of whom are afraid to speak out, in the long run.

“Instead of labelling him arrogant, let’s try to address poor officiating. At the end of the day, we mustn’t make the referees scapegoats, but must rather professionalise them.”

South African Under-23 head coach David Notoane is also well placed to comment on the man he worked with as a player at SuperSport and later in coaching.

“Coach Pitso is an interesting character. He’s a natural winner and a competitor who doesn’t give up,” says Notoane.

“Generally, he’s a leader and – as you see now – he’s demonstrating that leadership. He’s a very emotional person and always fights for what he believes is right.

“Sometimes the challenge is that his characteristics make other people uncomfortable.”

Notoane adds that, “behind Pitso the fighter, there’s humility in the sense that, when he’s wrong, he’ll admit it”.

“Maybe what people don’t see in his character is that he’s also helpful when there’s a need. He’s helped many people financially, morally and otherwise. After all, we’re all human beings and we all have our strengths and weaknesses.

“In a nutshell, that’s the coach Pitso I know, and what you see today is the true person.”

Notoane says Mosimane’s outspokenness is “the language people understand and the authorities should realise he’s raising a serious matter”.

In one of his protracted run-ins with the PSL last season, Mosimane said he was aware he had upset some people.

“I’ve made enemies and I know that‚ but it’s football and it’s my life.”

This was after the PSL charged the club for fielding Wayne Arendse in a league game when the defender was initially not in the match-day squad.

Just a few weeks into the current campaign, Mosimane has been reprimanded yet again, with PSL prosecutor Nande Becker confirming that there was a possible third case being formulated against the strong-minded coach from Kagiso in the West Rand.NB: