Miss Universe 2019: Growing up in Tsolo didn’t stop her from dreaming big Zozibini Tunzi from Tsolo, a small town in the Eastern Cape, is crowned Miss SA 2019 on Women’s Day at Time Square in Pretoria. Picture: Rosetta Msimango

Zozibini Tunzi was crowned Miss Universe 2019 on Sunday night. Ntombizodwa Makhoba chatted to her just after she was crowned Miss South Africa in August. This is the interview with her that appeared in City Press on August 11 2019:

After failing to ignite public imagination for years, Miss SA was trending across social media this week when Zozibini Tunzi was crowned the fairest in the land on Friday night.

It might have been her big night but her win was dedicated to the villagers from her town in Tsolo in the Eastern Cape. Tunzi put the tiny town on the map at the glamorous 61st edition of the pageant, held at the Sun Arena at Time Square Casino in Menlyn, Pretoria.

Speaking to City Press yesterday morning, Tunzi said: “Growing up in Tsolo, where opportunities are limited, has never stopped me from dreaming big. I always wanted to do bigger and better things in life. This is something that I’ve wanted for a long time.”

Two years ago she entered Miss SA but made it only to the semifinals. She wrote on her Facebook at the time: “Last night a lot of hearts were broken.” She had failed to make the top 12, but wrote: “Judges pulled me aside and told me I was absolutely outstanding through my journey. Then again, I thought to myself God’s time is perfect.”

And on Friday night her time came.

The 25-year-old, who is completing her B-Tech in public relations from the Cape Peninsula University of Technology, described herself as someone who was shy and reserved when growing up, but that did not stop her from entering beauty pageants.

To overcome her fears, she said, she had to do a lot of public speaking and became involved in school debating to force herself out of her shell.

No small part of why her win is so important to her is that she was crowned on Women’s Day.

“It was just a perfect day. On this day in 1956 thousands of women from all different walks of life staged a march to the Union Buildings to fight for women’s rights. They were not doing this only for themselves, but for future generations.

“Now, as the new generation, we have to finish where they left off,”she said.

When asked for her views on #MenAreTrash and violence against women and children, she said this was a subject close to her heart. “It’s horrible times in South Africa right now; women and children are killed every day. This needs to change. It is the perpetrators’ responsibility to change.”

On social media many questioned her trademark hairstyle for being so basic and natural, but she said it was a conscious decision.

“I had a choice to wear a wig or weave – and, by the way, it looks good on me – but I wanted to show other young women they can be whatever they want to be.” 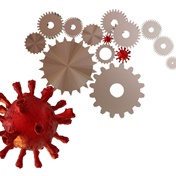