Book Extract: Moe Shaik on the most turbulent and uncertain parts of SA’s past While he was an anti-apartheid activist in the late 1970s, Moe Shaik became part of the newly formed Mandla Judson Kuzwayo unit with his brother Yunis. In 1994, Shaik was employed in national intelligence Picture: Rajesh Jantilal

During the Zondo commission of inquiry in July, Jacob Zuma made allegations against some ANC members – accusations that stem in part from a project in the 1980s known as The Bible Project, which was led by former state security boss Moe Shaik.

In his memoir, Shaik tells his side of the story and takes the reader through the most turbulent and uncertain parts of SA’s past.

He also talks candidly about working with Zuma and about his brother Schabir’s infamous relationship with the former president.

I stood at the window of my apartment looking down on the dark streets.

It was the end of June 1985, some months into Durban’s temperate winter.

I stared at the far end of the street waiting to see them approach.

Earlier, I had agreed with Yunis Shaik and Ebrahim Patel to be the decoy. Ebrahim had to be saved.

I accepted this decision. I was part of the operation to do that. But, alone in the apartment, I had my doubts. The fear that had taken hold of me earlier had returned.

As I stood motionless looking through the window, my anxiety increased. I wanted to run, but I could not move: I could not abandon my mission. So, I stayed transfixed by my apprehension and dread.

I’d met with Yunis and Ebrahim that afternoon to assess the danger that was closing in on us. I was under surveillance by the Security Branch. Right now, they were parked near my optometry practice.

In the end, I accepted that the police had nothing on me. All I had to do was hold out for three days.

If there was any amusement in the situation, it was that the drug dealers who patrolled these night-time streets had slunk off elsewhere.

My heart was beating fast as I kept watch. I was wracked with anxiety and fear, and smoked furiously. I needed the nicotine to steady myself.

But also, I felt useful. I had been affirmed by a senior leader of the organisation and that felt good. It excited me.

I was torn between these conflicting emotions, yet submitted my fate to the direction of my seniors and to the awful thrill of what was to come.

“Is there no other option?” I’d asked.

“Unfortunately, not. There is no other way out. If you run, we lose control of the situation,” Ebrahim had replied in his soft, controlled voice honed over years of living in the underground.

He kept his gaze fixed on me. I noticed his thick bushy eyebrows. They enhanced his attractiveness.

“The police don’t have anything other than the details from the roadblock. But if you run, they will suspect more. The legend will hold. I am convinced of this,” he reassured me.

I played out that scene in my mind while I waited. I heard his voice, the calm reassurance. In the street, there was no movement.

In the flats about me, people slept through the night hours. And then I saw them coming: a convoy of police reaction unit vehicles streaming down the street, their blue lights flashing. 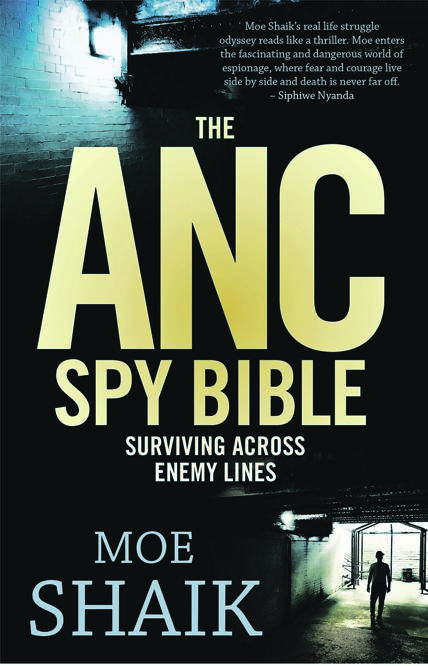 I heard the heavy pounding of footsteps getting louder as they thundered up the stairway. And then that banging on the door.

I tried to convince myself that this was not happening. The angry thumping startled me out of my stupor. I went to the phone and made a call. The shouting at the door could no longer be ignored.

I was under surveillance due to an aborted attempt to cross Ebrahim into Swaziland some days earlier.

We’d had to stop at a military roadblock, and our names were recorded.

At the time and afterwards, Ebrahim was confident that the “legend” we’d created to explain our trip would hold. But I was no longer sure of this. I knew my arrest would put him at risk.

I knew that if he were caught, we would have failed. And failure was unacceptable.

“Maputo” – the authority supervising Ebrahim’s mission into the country – was adamant that Ebrahim not be captured.

He knew too much about the underground units.

His capture would risk decades of hard work. With so much at stake, Ebrahim had to be transferred to another unit that could undertake his exit from South Africa.

As I’d listened to Ebrahim detailing his handler’s orders, I’d realised that I was to be the sacrificial pawn in this game.

The players in Maputo had made their move. Ebrahim sensed my tension, perhaps he saw the fear in my eyes.

If he did, he did not say anything about my alarm. On the contrary, he tried to reassure me.

He affirmed his belief in me. He evoked the strength of my commitment to the struggle and assured me that all would be well. We repeatedly assessed the details of what we believed the Security Branch knew. We convinced ourselves that they did not know much.

In the end, I accepted that the police had nothing on me. All I had to do was hold out for three days.

By that time, Ebrahim would be safely out of the country.

“Resist them,” Yunis and Ebrahim encouraged me.

This was my mission: to survive detention for three days. Or so I thought. I nodded in agreement.

“So be it,” said Yunis. “Don’t worry. Ebrahim’s right. Without him, the cops have nothing. It’ll be okay. I agree that Ebrahim must not get caught under any circumstances. We cannot afford that.”

Yunis was my immediate senior in the underground and my elder brother. His direction sealed the debate.

I was never quite sure in which capacity I accepted his words. It didn’t matter, I was part of the plan.

Yet the nagging thought of my dispensability had stayed with me while I waited.

I had struggled with the idea that I was to be the decoy. To argue otherwise was to show the weakness of my fragile sensitive side.

As quickly as these thoughts ran through my mind, I dismissed them.

Hadn’t Ebrahim said, “the movement has faith in you”? Hadn’t Yunis been equally as positive? He would not recklessly abandon me, his brother.

And so, I accepted the decision. Controlled my anxiety, remembered that Ebrahim himself had undergone long periods of detention and torture. Had spent 15 years on Robben Island for his role in the early sabotage campaigns of the ANC.

Our trust in the movement’s leadership knew no bounds. They were our lodestars, our heroes, our pathbreakers.

After this meeting with Yunis and Ebrahim, I had felt the need to see my partner, Soraya, but she had other plans for the night. I did not push her to change them. I should have.

Read: Book Extract: We Shall Not Weep by Johnny Masilela

The reality of my arrest only took hold when I heard the cell’s metal door clang shut. I do not remember being manhandled from the apartment.

Or the gloating faces of the police as they booked me. I do not remember any of this. I was jarred back to my senses with the sharp turning of the key in the lock. I was alone.

Alone with my beating heart. Alone with my nightmares. In the dim light, the emptiness of my cell was overwhelming.

The pale olive colour of the walls and the cold concrete floor produced a claustrophobic, engulfing and terrifying silence.