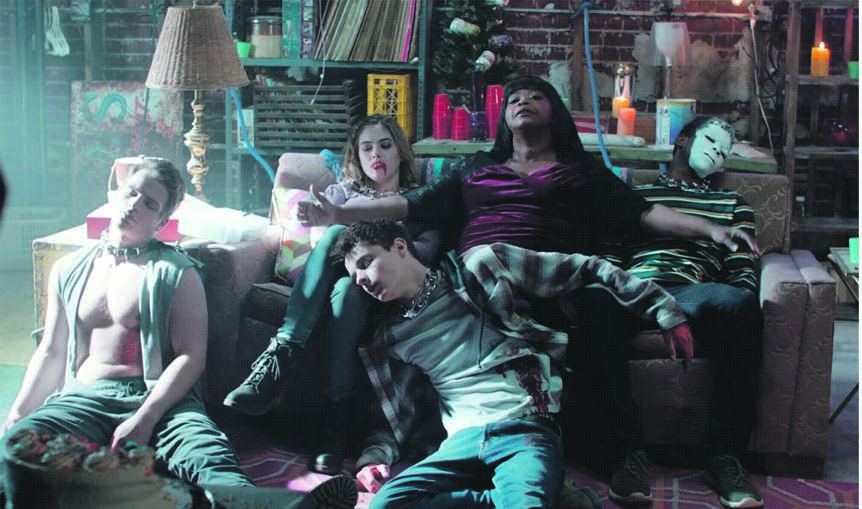 For months, excitement has been building over the release of Ma – a film meant to show actress Octavia Spencer in a different light. Here, she takes on the role of a friendly but crazy stalker – and she knocks it out of the park. Unfortunately, the same can’t be said for the sloppy storyline, in which the nerd takes revenge on the popular kids years later. Well, in this case, the popular kids’ kids.

Maggie (Diana Silvers), moves to Ohio with her mother, Erica (Juliette Lewis). She befriends some high school kids who are hanging out in a van outside a liquor store while trying to get an adult to buy them alcohol. Sue Ann (Spencer) walks by and offers to buy the teens a few bottles. The next day, she buys them more. Eventually, she invites them to party in her basement. But Sue Ann has nefarious intentions – she’s haunted by flashbacks of being bullied during her adolescence, and the story becomes that of a middle-aged woman getting revenge by terrorising a bunch of popular teenagers.

What makes the film worth watching to the end is Spencer’s ability to make you feel for Sue Ann, even when she is being ridiculously creepy. She convincingly switches personalities from a cheerful, slightly lonely woman trying to be cool to a crazy manipulator who might lace your liquor with shots of animal tranquilliser.

Should you take Ma seriously? Probably not – this attempt to create a psychological horror film is so formulaic that it sometimes feels like a spoof of others in its genre rather than a serious attempt to pull in and then mess with the audience.

At the heart of it, Spencer shows what it’s like to be an isolated black girl trying to fit in with a group of middle-class American hooligans. That by no means justifies her horrific actions, but it does leave a lot to think about when you’re teaching kids about bullying and dealing with it as someone who has been on the receiving end of it.