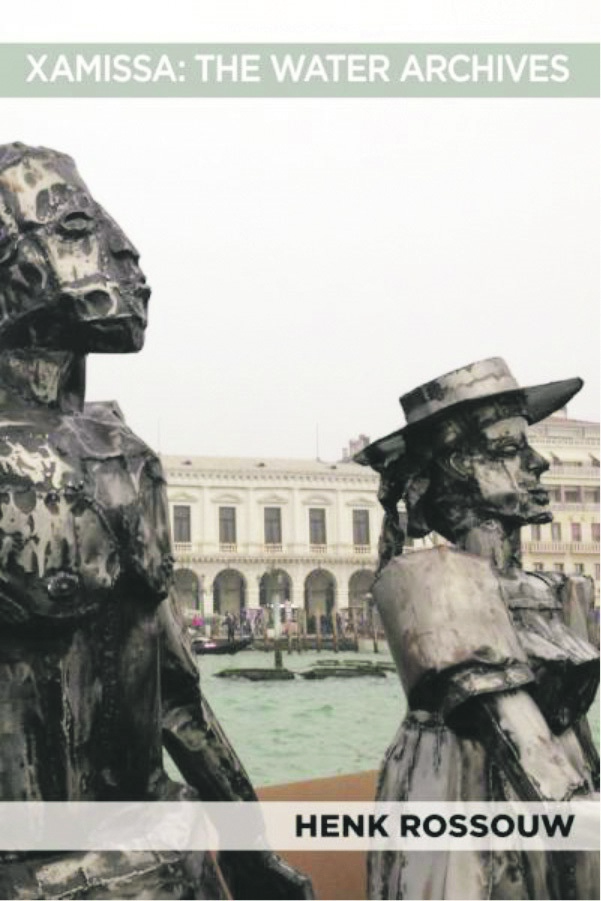 An exciting new collection of African poetry called New-Generation African Poets: A Chapbook Box Set is scheduled to be launched early next month.

Chapbooks were popularised in the 16th century, when literature was produced cheaply on paper-covered booklets or pamphlets, however, this set of 12 chapbooks is state of the art.

Published by Akashic Books, the project has been brought to fruition by the African Poetry Book Fund, which is based in Nebraska in the US. The 300-page box set features an introductory essay by co-editors Kwame Dawes from Ghana and Chris Abani from Nigeria. Inside The Flower Room by Saddiq Dzukogi. Sculpture by Sokari Douglas Camp. The Origin of Butterflies by Romeo Oriogun. Sculpture by Sokari Douglas Camp.

The African Poetry Book Fund’s website says: “The fund promotes and advances the development and publication of the poetic arts of Africa through its book series, contests, workshops and seminars, and through its collaborations with publishers, festivals, booking agents, colleges, universities, conferences and all other entities that share an interest in the poetic arts of Africa.” Since last year, Rossouw has been a visiting assistant professor in The Honors College at the University of Houston. Fordham University Press will publish Xamissa later this year.

His dissertation was titled Xamissa: A Book-Length Poem and its Critical Framework.

The striking covers of each book in the set are of jaw-dropping sculptures created by Nigerian-born and London-based sculptor Sokari Douglas Camp.

In this collaborative initiative between sculptor and poets, the poems tell stories of deep-rooted meaning.

Giving City Press some insight into his work, Rossouw responded via email from Houston, Texas, about his involvement in the book.

“Xamissa: The Water Archives is a long poem that sounds out the potential for justice and community in Cape Town, where I’m from, through a series of interconnected lyrics that interrogate the geohistory of the city – its social landscape.

“A key technique of my work is ekphrasis. In other words, using art as inspiration for my poetry. For instance, in Xamissa: The Water Archives, a key section meditates on a photograph I found in the Cape Town archives from before apartheid of the unsegregated beach that used to exist where the foreshore is today,” he said.

Rossouw said that being included in the chapbook was an honour.

“I came of age in the 1990s, right after apartheid ended – the transition generation, Nadine Gordimer called us – and my politics were shaped while hanging out in Cafe Camissa at the poetry reading series that the poet Sandile Dikeni started, and by magazines such as Chimurenga, which was edited by Jean Noel Ntone Edjabe in Cape Town.”

Speaking about the sculpture by Camp on the cover of his chapbook, Rossouw believes that is it perfect for his work and that it emphasises the text.

“If you read Xamissa: The Water Archives, you’ll see how apt the cover art is, especially in conversation with the section where I allude to Louis van Mauritius, the leader of the 1808 slave rebellion, and his partner Anna, by walking on Strand Street, where they used to live. It is the exact site of the unsegregated beach destroyed under apartheid – the beach that I talked about earlier.”

A key aspect, Rossouw said, was giving the reader a sense of what it’s like to be on the streets of Cape Town, “in the crowd, immersed in isiXhosa, street Afrikaans, the French of refugees, not just English”.

Buy a copy from akashicbooks.com for R435 including shipping

We live in a world where facts and fiction get blurred
In times of uncertainty you need journalism you can trust. For 14 free days, you can have access to a world of in-depth analyses, investigative journalism, top opinions and a range of features. Journalism strengthens democracy. Invest in the future today. Thereafter you will be billed R75 per month. You can cancel anytime and if you cancel within 14 days you won't be billed.
Subscribe to News24
Related Links
Poet and activist Mongane Serote writes for his country and his people
Book extract: A passport to fame
3 South Africans doing great things in the worlds of films and books
Next on City Press
Zakes Bantwini puts SA on top with Grammy