Black women to bring their magic to 2020 trends

To start off the year, #Trending is looking at who and what to keep your eyes on. With bated breath and much anticipation, it seems like we’re in for a year of black women casting stunning spells.

I can’t remember the last time the world was as excited about the crowning of a Miss Universe as it was when Zozibini Tunzi was crowned last year. Her natural charm and inspiring narrative about breaking barriers for black women and every other women who's ever felt marginalized made her an instant favorite to many like myself. It also came as no surprise when A-listers such as Oprah Winfrey, Viola Davis, Naomi Campbell and Lupita Nyong’o came out publicly declared their excitement for Tunzi’s reign, in the process, echoing her sentiments about teaching young girls to take up space and cement themselves through leadership. I am rooting for Tunzi and her reign and can’t wait to see how she will rise as Miss Universe and use her position to captivate us even more with her wit and grace, and of course, make the world a better place.

The rise of Shekhinah the songbird 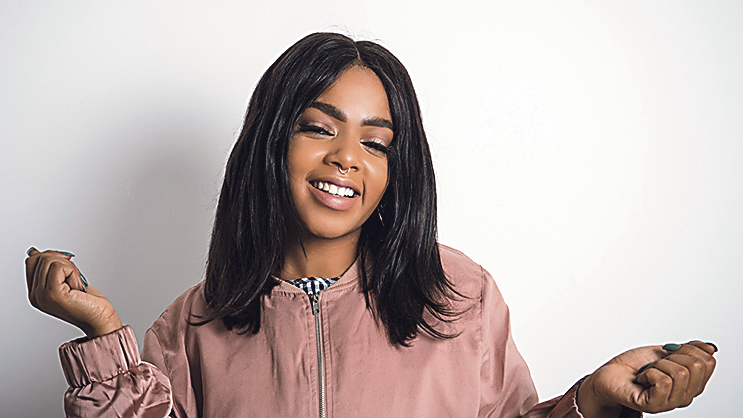 Her last release was in 2017 and it was arguably one of the strongest debuts we’ve seen over the past five years – I bet Universal wants to release her sophomore album. She’s been rather quiet lately, but we hope it’s because she’s cooking up something in the studio.

Shekhinah boasts a style so versatile that she could accompany a rapper like AKA on a song, do something pop and even try her hand at a House-centric sound. She remains one of the most streamed artists in the country and I can't wait to see what she has to offer next.

More of Msaki and collaborations This year, I am betting on singer and songwriter Msak. The 33-year-old is working on an album, but has not yet announced the release date. I believe her latest offering will be a must-have on everyone’s playlist.

I fell in love with Msaki’s soothing voice in 2016, when she released her first solo album, Zaneliza: How the Water Moves. From that day on, I knew she had something to offer the music industry. Having worked with Prince Kaybee on the hit song Fetch your Life and on Tresor’s Sondela, we can’t wait to get to know her better. And, of course, we look forward to more collaborations. Last year saw the rise of more women satirists and comedians, and they are using their platforms to give us something to laugh about in a country where there isn’t much reason to be happy. One of these comedians is Wendy Gumede, popularly known as The Black Wendy. She’s a comedian who gained acclaim with her hilarious Zulu voice-over videos and the character she created, which is now known as Our Zulu Mom.

Since then, she has become a writer for the TV series Isibaya and has starred in commercials as a voice-over artist. She has a following of 518 000 subscribers on her YouTube channel. I can’t wait to see what she brings us next.

Alcohol-free parties are an act of resistance and an art of reclaiming power from the nightlife, toxic masculinity and capitalism.

Last year, I saw more social spaces promoting the “no need for alcohol” movement. At the peak of gender-based violence awareness and the call-out of sexual assault, some peeps seemed to believe alcohol was an excuse for being an abuser or rapist. However, we have seen more activists articulating the need for spaces that we can start building as “safe” – or at least safer – and alcohol-free parties are a move in that direction. In 2020, I look forward to safer and alcohol-free parties. I’m going to have my eye on Pearl Thusi. She topped the list as South Africa’s most popular TikTok personality last year and she’s starring in a South African show for Netflix called Queen Sono.

I’m also excited to see what Sho Madjozi is going to do next. Will she be able to leverage the worldwide attention she got after starting the John Cena Dance Challenge? Madjozi is South Africa’s third-favorite celeb on TikTok, so I guess there’s a lot more social media fame to come.