Curious kids ask: How do ripples form in water? I noticed that when I threw the rock into the river, it made a circle shape which got bigger

When I was playing “splash rocks”, I noticed that when I threw the rock into the river, it made a circle shape which got bigger. How does it make the ripple? Why do the circles spread out further and further? Why do they stop? – Rowan, aged six, UK.

“When water is in its calmest, lowest energy state, it has a flat surface. By throwing the rock into the river, you have given the water some energy.

That causes the water to move around, trying to spread out the energy so it can go back to having a still, flat surface.

This follows a powerful principle of physics, which is that everything seeks to find a state where its energy is as small as possible.

One way energy can move around is by forming waves. For example, the waves you see at the beach are formed by energy from the wind.

Light and sound also move in waves, though we can’t see that directly. And the ripples that you see in the river are small waves carrying away the energy from where you threw the rock.

Water is made of tiny molecules. But during a ripple, the water molecules don’t move away from the rock, as you might expect. They actually move up and down.

Dragging neighbouring water molecules up and down is hard work, and it slowly uses up energy. So the ripples get smaller as they get further away. Ripples often spread out in circles, but this isn’t the only possibility.

So far away from the stick, the ripples are round … just like they were for your rock.

That’s what creates the peaks and troughs you see on the surface of the water. And that’s how the ripple travels away from your rock – a bit like a human wave around a stadium.” 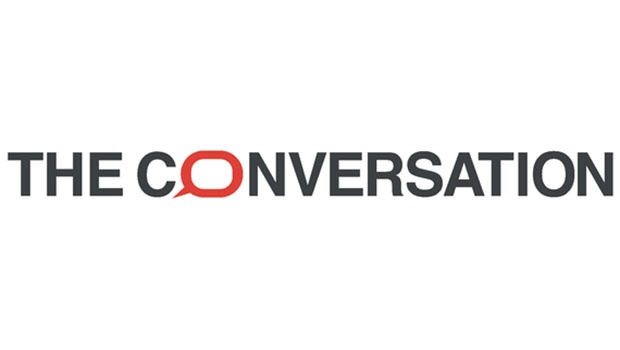 . To read more of Simon’s answer, go to theconversation.com

Hello, curious kids! Have you got a question you’d like an expert to answer?Ask an adult to send it toafrica-curiouskids@theconversation.com. Please tell us your name, age,and which country you are from.

Read more on:
kidswater
MONEY MAKEOVER
Podcast | Mistakes to avoid with your own business