Don’t compromise on safety when buying cars for under R200K 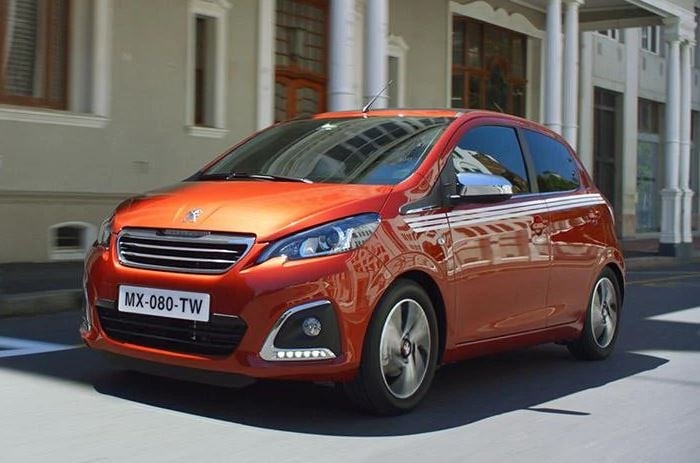 Times are tough. People are downsizing cars, homes, food and almost everything in order to save a few rand. This has resulted in the purchase of cars that are not only cheap to buy but also cheap to maintain.

Earlier this year, we looked into the best cars to buy for under R200 000. The list included the Kia Picanto Street, Datsun Go Mid, Suzuki S-Presso, Mahindra KUV100 and Peugeot 108 Active.

Since then the Toyota Aygo has been launched and is offering buyers the same things they are looking for: small size, cheap price, decent tech inside and low running costs.

People buying this type of car know not to expect the best interior materials or build quality, as costs have to be cut somewhere.

Another area where manufacturers tend to shave a little off for cost reduction is safety. When the Datsun Go launched, many motoring journalists stressed about the lack of safety equipment, like the Automatic Brake System (ABS), something that was a standard feature in every other car.

The safety systems were improved in the 2018 refresh of the Go, but many small cars still score poorly in safety ratings.

If you are planning to downsize or just looking to get a car under R200 000 and are concerned about the safety of the car, the Global New Car Assessment Programme’s (NCAP’s) safety rating (usually out of five) is a good place to start.

Global NCAP says that it “serves as a platform for cooperation among new car assessment programmes worldwide and promotes the universal adoption of the United Nation’s most important motor vehicle safety standards worldwide”.

“These tests represent, in a simplified way, important real-life accident scenarios that could result in injured or killed car occupants or other road users,” the NCAP explains.

Here’s how the new car options under R200 000 fared in the Euro NCAP ratings:

The cheapest car on the list, starting at about R144 900, the S-Presso scored zero stars in the Global NCAP. Here’s what the Global NCAP said about the vehicle:

There is no NCAP safety rating on the KUV100 from the Euro or Global NCAPs. Only India’s Bharat New Vehicle Safety Assessment Program has scored the car, giving it a safety rating of five stars. Like all the ratings, this should be taken with a grain of salt.

The 108 is one of the oldest cars on the list; this generation has been in production since 2014.

READ: Peugeot SA ‘back in the race’, as it launches two new cars

But it scored a four-star safety rating on the Euro NCAP. In 2014 the Global NCAP called for a recall of the Go after it scored a zero.

“It is extremely disappointing that Nissan has authorised the launch of a brand-new model that is so substandard. As presently engineered, the Datsun Go will certainly fail to pass the United Nation’s frontal impact regulation,” said Max Mosley, who was Global NCAP chairperson at the time.

Though the car has received some updates, including safety systems such as ABS and extra air bags, the newer car still uses almost the same structure as that tested in 2014.

Global NCAP said this about the structure:

The new car on the market is a rebadged Daihatsu Ayla. There is no safety rating on the Aygo. But the NCAP for Southeast Asian countries, which uses similar scoring to the Global NCAP, rated the car 12.84 points in adult occupant protection, which falls under the category of four stars. For its child occupant protection, it obtained a three-star rating with 51% compliance.

If you are looking for a car for under R200 000, the Peugeot 108 comes out on top in terms of safety. This is no surprise; cars sold in Europe are required to meet higher safety standards than those sold to the African and Asian markets.

This is why the Global NCAP and the Automobile Association of SA have been calling for safer cars for Africa. The #SaferCarsForAfrica programme has been testing cars sold in Africa to give African ratings on them, because most of the time they don’t have any safety rating.

The latest #SaferCarsForAfrica test looked into the GWM Steed 5, the Haval H1 and the Renault Kwid. The Kwid is another new car you can buy for under R200 000. The test report said all the cars tested gave serious cause for concern.

“Another zero-star bakkie gives us serious cause for concern in our latest crash test results for Africa. The potential for life-threatening injury in the Steed 5 follows the zero-star performance of the Nissan Hardbody pick-up,” said Global NCAP secretary-general Alejandro Furas.

We live in a world where facts and fiction get blurred
In times of uncertainty you need journalism you can trust. For only R75 per month, you have access to a world of in-depth analyses, investigative journalism, top opinions and a range of features. Journalism strengthens democracy. Invest in the future today.
Subscribe to News24
Related Links
Car buying options under R200k
Car Review | See how Honda has ended 2020 on a high
Buying a car online: Avoid being scammed
Next on City Press
Sampa The Great returns to her African roots