Terry Pheto gets comfy for her evening in with Sylvester Stallone and Michael B Jordan in Creed II. Picture: Supplied

IN PARTNERSHIP WITH DStv

DStv and its Movie Squad recently announced the arrival of the Add Movies product, which allows customers of certain packages to access M-Net’s top three movie channels for an additional fee.

The service opens up three of DStv’s movie channels to more subscribers.

Masemola said: “I love a huge screen, so any time I’m watching movies, it needs to be on the biggest screen possible.”

Which is how he’ll be watching his picks, John Cena’s Playing with Fire and Bulletproof 2: Rematch, whose cast includes our very own Pearl Thusi.

No stranger to the big screen herself, Pheto has picked the comedy The Hustle, starring Rebel Wilson and Anne Hathaway.

She says she also loves romcoms and musicals: “I can sing along and laugh out loud. I also love love, and feel like it’s the one thing that connects us all. You’ll also find me trying to recreate a cinematic experience while watching Creed II. I’ll have a giant bowl of popcorn and a glass of wine while watching it,” says Pheto. Nomzamo Mbatha loves the creature feature, Godzilla: King of the Monsters, for her night in. Picture: Supplied

“I watch with lots of popcorn with a variety of spices. Yum! Paired with some red wine,” she said.

Little tells the story of Jordan Sanders, played by award-winner Regina Hall, a successful entrepreneur who treats her employees badly.

One morning she wakes up to discover she has transformed into her 13-year-old self – and gets a chance to do better.

M-Net Movies 2’s Glass is significant for Mokoena because of one of the film’s stars: “I watched this movie on my way to New York and actually met Bruce Willis when I got there. He was living next door and went to the same bar almost every day and he bought bar cakes. It’s one of my greatest memories.”

Other films making it on to the first line-up include blockbusters out of the world’s biggest studios, as well as top local productions and festival circuit favourites.

Among them is Disney’s live-action version of Aladdin, with Will Smith donning the genie’s signature blue, as well as Pixar’s fourth instalment in the evergreen Toy Story franchise.

For the adrenaline junkies, Sylvester Stallone reprises his two most unforgettable characters – John Rambo and Rocky Balboa – the first in Rambo: Last Blood and the second in Creed, as the trainer of Michael B Jordan’s Adonis Johnson.

Stallone was nominated for an Oscar for his role in Creed in 2016.

We’ve listened to their requests for more movies on non-premium packages. We’re delighted that the go-live day has arrived so that we can deliver what they want.
Yolisa Phahle, CEO of general entertainment and connected video at MultiChoice

DC fans can watch Atlantis’ superhero Aquaman save the world, and creature feature lovers can tuck into Godzilla: King of the Monsters.

Those who love their local movie nights are well catered for.

There are great dramas such as the latest remake of Dalene Matthee’s classic Fiela se Kind and award-winner Krotoa, which tells the true story of a Khoi girl who was taken at the age of 11 to be one of Jan van Riebeeck’s servants.

Her rise in Dutch society is another local gem, along with Shirley Adams, Oliver Hermanus’ award-winning film about the intersection of violence and poverty, with Denise Newman in the title role.

Yolisa Phahle, CEO of general entertainment and connected video at MultiChoice said: “There is something so enduringly magical about movies and our customers clearly agree! We’ve listened to their requests for more movies on non-premium packages. We’re delighted that the go-live day has arrived so that we can deliver what they want.”

Add Movies is available for existing and new subscribers in South Africa for an extra R99 a month. Compact Plus, Compact, Family and Access customers can access M-Net Movies 1, M-Net Movies 2 and fliekNET for a fraction of the price of upgrading their packages.

5. Godzilla: King of the Monsters

We live in a world where facts and fiction get blurred
In times of uncertainty you need journalism you can trust. For only R75 per month, you have access to a world of in-depth analyses, investigative journalism, top opinions and a range of features. Journalism strengthens democracy. Invest in the future today.
Subscribe to News24
Related Links
What's in store for DStv Compact Customers this June
What’s coming to your TV screens this year
Creed II sequel will knock you out
Next on City Press
Jub Jub remakes popular hit to raise money for families of 2010 accident victims 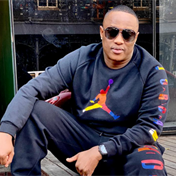 Read more on:
dstvterry phetonomzamo mbathamovies
Podcasts
Podcast | How to pay off your home and car

Choose a newsletter
Voting Booth
Thousands of Gauteng motorists who refuse to pay their e-tolls could be fined R500 every time they drive under a toll gantry from July next year. In addition, they will have to pay a R100 levy for every one of these fines.
Please select an option Oops! Something went wrong, please try again later.
e-tolls must be scrapped
74% - 91 votes
I still won’t comply
16% - 20 votes
I’ll do my duty and avoid fines
2% - 3 votes
Good idea to help the economy
7% - 9 votes
Previous Results
Dumisane Lubisi
Tributes from friends and colleagues of Dumisane Lubisi