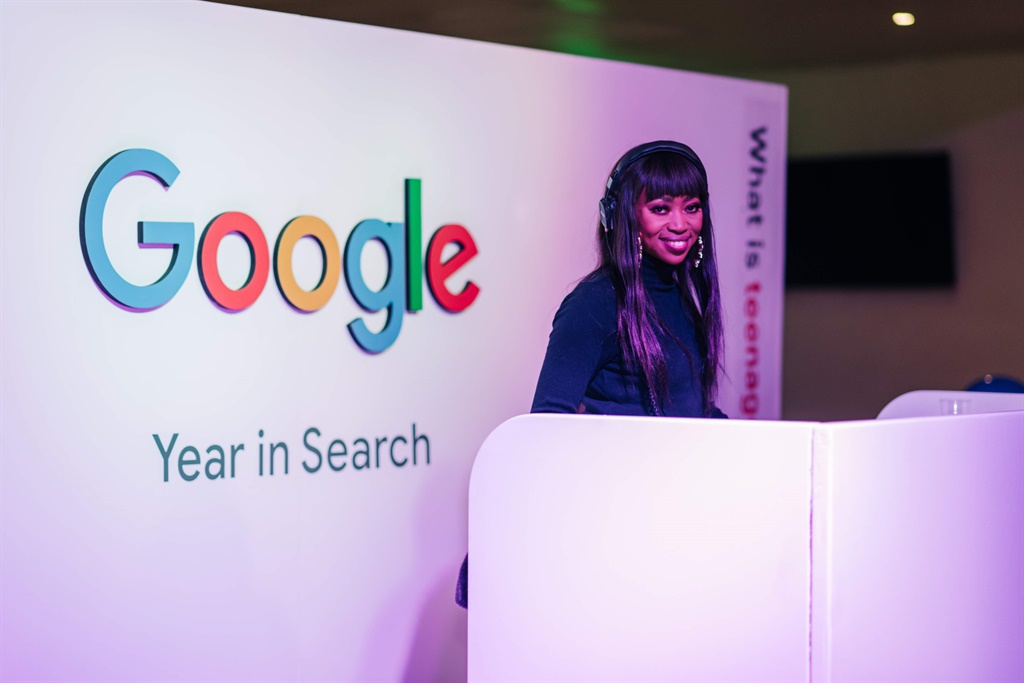 Ms Cosmo on the decks at the Google year in search event. Picture: Supplied

Google has released its year in search results with insights into what South Africans searched for in 2019 and the past decade.

Launched on Tuesday evening in Johannesburg, Google's head of communication and public affairs, Mich Atagana, said that most of what South Africans searched for was very similar to what the world searched for.

"South Africans are interested in the world and the people around them. We saw world cup on the list, a lot of popular culture content and of course politics. South Africans love politics."

Atagana said that some of the questions South Africans asked Google were surprising.

Topping the list for most searched for question of the year was: Why were cornflakes invented?

It’s a weird question, until you Google it.

Earlier this year memes and posts were doing the rounds that cornflakes were invented as an anti-masturbatory morning meal.

Yeah, you read that right.

Fact-checking website Snopes debunked this as mostly false saying that “cornflakes was part of J.H. Kellogg's broader advocacy for a plain, bland diet”.

However, cornflakes was never advertised as an anti-masturbatory meal and was not created “either specifically or exclusively with the intention of dampening libidos”.

Nevertheless, South Africans took to Google to find out what the hype was about.

Rugby, elections and Bosasa made up the bulk of the top ten questions posed to the search engine for the year.

Top trending questions of the decade

The top trending question of the decade was: How to make slime.

Besides asking Google where they were, South Africans also became more health and beauty conscious with many of the questions of the decade relating to these topics.

If you are looking for some fitness tips have a look at our resident fitness expert's tips, Mo fitness here.

The top trending search term of the decade and the year belonged to Eskom under the term load shedding.

Hit TV soapie Uzalo, which is the most viewed soapie in the country, followed in second as the decade's most searched term.

Zodwa Wabantu was also revealed to occupy fourth place behind the Duchess of Sussex, Meghan Markle.

The one that surprised us and got us a little confused was Baby Shark, which turned out to be a collection of viral videos that children love to bits.

The videos have collectively amassed close to 10 billion views over the past four years.

Amapiano rounded up the 10 as the musical sub-genre made it from underground to mainstream pop culture.

Find out what amapiano is and how it moved from Pretoria's psychedelic House music scene to the forefront of the pop culture here.

In 2019 election talk dominated searches, while Avengers' villain Thanos; teacher Fiona Viotti – a teacher who engaged in sexual misconduct with students and Gavin Watson – made infamous as Bosasa CEO, were also on the list.

The top trending South African personality was gospel artist Neyi Zimu who passed away on December 4 while undergoing treatment for skin cancer.

James Small and Xolani Gwala rounded up the top three, with Peggy-Sue Khumalo – a former Miss SA and wife of Gwala – the only woman on the list.

In the sport category, football occupied five spots in the top ten but none in the top three with the rugby and cricket world cups taking home the honours and the cricket series involving South Africa and India dominating the third place spot.

The Soweto Derby was also searched quite heavily as were the PSL standings.

Music personalities that made Google’s list of most trending were led by the late Johnny Clegg, who died in July this year.

He was followed by two other music personalities that died this year, former Idols star Thami Shobede and American rapper Nipsey Hussle.

The movie that got South Africans typing away into the Google box was Avengers Endgame with Captain Marvel and When they see us in second and third place respectively.

Related Links
Google Go will save you data when you search
Got sex questions? Google before you ask Siri
Tech test: Google vs Apple
Share
Next on City Press
‘Khanyi Mbau gave her all in this relationship’