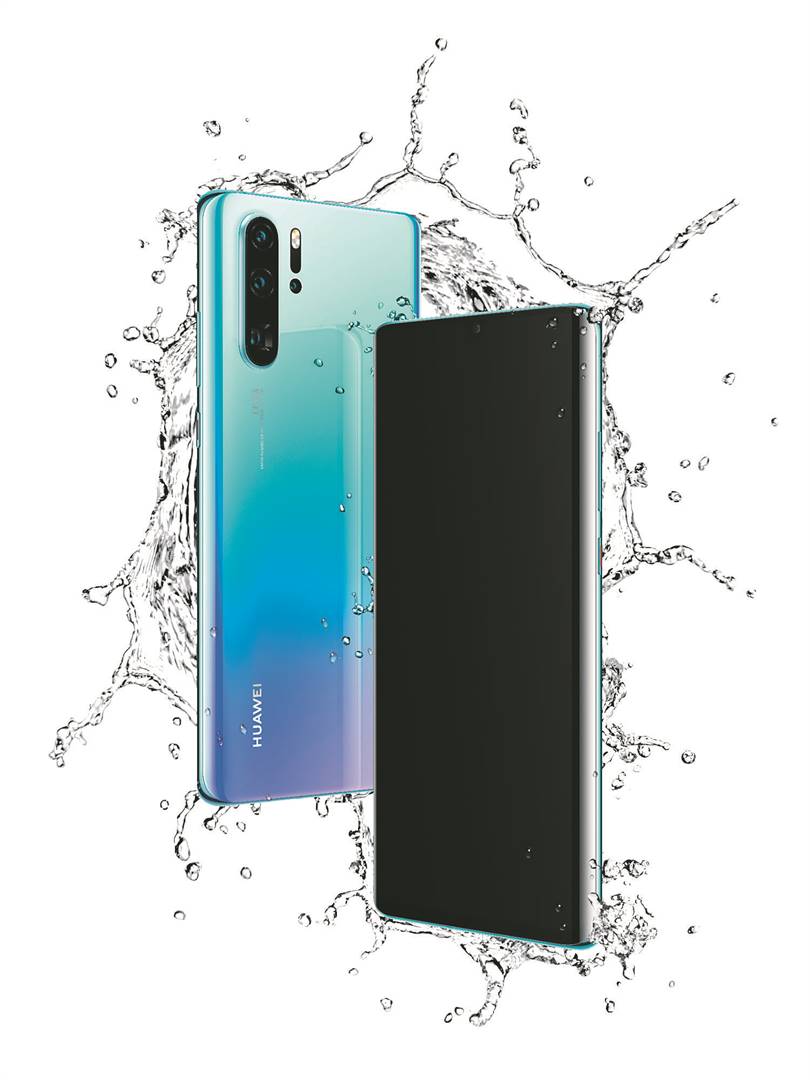 The P30 Pro with its a 16.4cm curved OLED display. Picture: Supplied

Huawei has once again managed to impress with its new smartphone cameras – all four of them – on the P30 Pro, which went on sale in South Africa earlier this month.

The company says its new smartphone is aimed at creative individuals, style leaders and those who appreciate the arts; and that the new cameras are a fundamental breakthrough after decades of digital camera technology development.

The result is a Leica quad-camera setup, which includes a 40MP wide angle lens, a 20MP ultra-wide angle, an 8MP telephoto and a new Time of Flight sensor. A first for smartphones, the Time of Flight sensor measures the distance between the camera and object, allowing for more artistic shots with multilayer bokeh effects. Bokeh is the cool-looking blurred effect quality cameras give the out of focus and background parts of an image.

Building on the success of its predecessor, the P20 Pro, the P30 Pro has an even better night camera that spruces up images in low-light conditions, without the user requiring any technical knowledge or applying edits. The pictures we took during early testing beat the competition, though some shots could pass off as having an extra layer of a high dynamic range-like effect.

With a 50x digital zoom, the camera can capture text on a building that is not visible to the naked eye before the effect is applied

Another first is its 5x optical zoom and 10x hybrid lossless zoom, meaning the quality will not drop on the images shot. It also goes up to 50x digital zoom, which can capture text on a building that is not visible to the naked eye before the effect is applied. While impressive, we do not recommend stalking of any kind.

Huawei also upgraded the videography features, which lets you shoot up to 15x zoom while keeping the frame steady with optical image stabilisation. As seen on the Mate 20 Pro, the built-in AI on the camera allows you to shoot videos in black and white, while isolating and keeping humans within the frame in colour, in real-time. The results are sure to make your Insta-fam slightly jealous.

The front-facing camera takes 32MP selfies that now work in super low light; and built-in HDR ensures that the background is not overexposed. PHOTO: This phone features a first for smartphones, the Time of Flight sensor which measures the distance between the camera and object

The P30 Pro features a 16.4cm curved OLED display with a minimal dewdrop notch and in-screen fingerprint sensor; a large 4 200mAh battery; and a fast charge that takes it to 75% in 30 minutes.

Meanwhile, the standard 16.5cm P30 has a flat OLED display; triple rear-cameras; an in-screen fingerprint sensor; and a 3 650mAh battery. It offers no wireless charging but includes a headphone jack.

The entry-level budget-friendly P30 Lite features a 15.6cm display; triple rear-cameras with a 32MP selfie-cam; a fingerprint sensor at the back; headphone jack; and a 3 340mAh battery.

Alongside the trio of P30 handsets, Huawei also introduced two pairs of earphones called FreeLace and FreeBuds. The former are connected by a short cable and sit on your neck, and split open to reveal a USB-C charger that gives you four hours of playback on a quick five-minute charge; and the latter are true wireless earbuds that are splash-resistant and deliver 18 hours of playback.

Huawei has also introduced the elegant Matebook 13, a multitouch screen laptop that lets you transfer images from the P30 range in one tap, with the OneHop feature. It transfers 500 photos in a minute.

The full range of Huawei products, including smartphones, tablets, laptops, fitness trackers and accessories is available from its new online store – HuaweiStore.co.za.

We live in a world where facts and fiction get blurred
In times of uncertainty you need journalism you can trust. For only R75 per month, you have access to a world of in-depth analyses, investigative journalism, top opinions and a range of features. Journalism strengthens democracy. Invest in the future today.
Subscribe to News24
Next on City Press
The aspiration in art