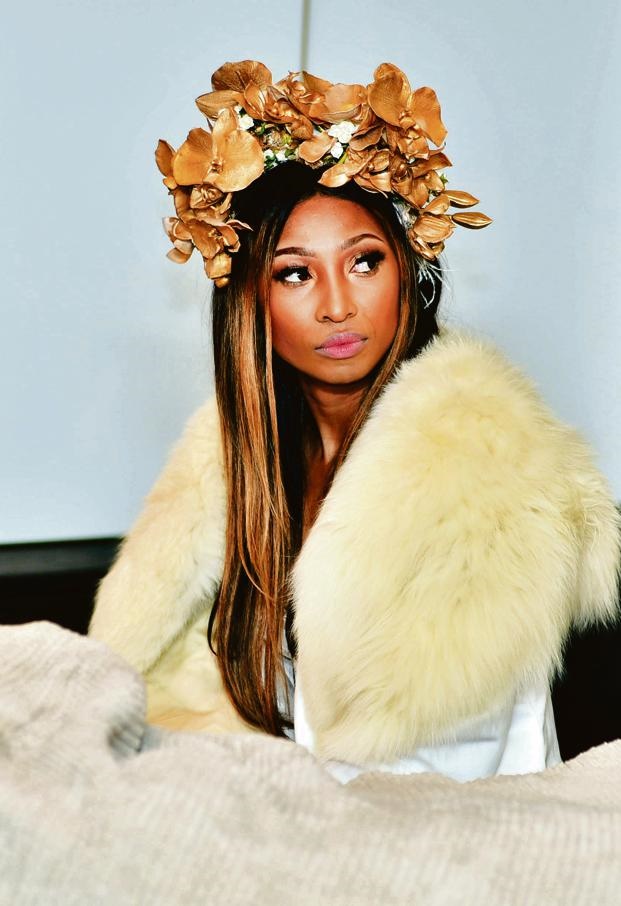 Enhle Mbali Mlotshwa has been dragged to the CCMA for unfair dismissal. Picture: Lucky Morajane

TV actress Enhle Mbali Mlotshwa’s domestic worker Mpho Koetsi (40) has described her as an “evil and heartless boss” who is hard to work for, after she claims she was fired for gossiping about her a week ago.

Koetsi, who has been working for the actress and her husband Nkosinathi “Black Coffee” Maphumulo since January last year, claims that Mlotshwa fired her last Friday after accusing her of gossiping about her to Black Coffee and his mother – and replaced her with another worker on the spot.

Koetsi, who lives in Pimville, Soweto, claimed the accusations were sparked by her being on speaking terms with Mlotshwa’s mother-in-law and the popular deejay.

Now Koetsi is dragging Mlotshwa to the Commission for Conciliation, Mediation and Arbitration (CCMA) and is demanding R100 000 for unfair dismissal.

Dumisani Mavundla, the CCMA’s head of external communication, said the commission could not comment on the matter.

“However, the CCMA can confirm that there is a case [GAJB 26390-19] and the matter is scheduled for December 9 at 2pm. All CCMA awards are issued in accordance with the merits of each case in line with the provisions of the Labour Relations Act,” said Mavundla in a statement.

Mlotshwa refused to comment before slamming the phone down.

In July, City Press reported that the Mzansi power couple were heading for a divorce, which was being handled by their lawyers.

She said all she had tried to do was to be a great, supportive and respectful wife. She then asked for privacy for the sake of their children.

Maphumulo in a statement said they had been trying to sort our their problems amicably and in private for almost a year and it had been heart-breaking and challenging.

Black Coffee said while there were two sides to the story, he would not discuss his private life in the public “let alone speak ill of my partner or my in-laws”.

“As Mbali has stated, our priority is to protect our children at this point,” he said.

The couple, who share four children, tied the knot at a traditional wedding ceremony in 2011 and celebrated their union with a white wedding two years ago.

He would call on my phone to check on the children and ask if they needed anything. So speaking to them was my sin

In the midst of their divorce, Koetsi this week alleged that Mlotshwa fired her after accusing her of gossiping about her.

“Nkosinathi and his mother used to call on my phone every time they wanted to speak to the kids or when he was overseas.

“He would call on my phone to check on the children and ask if they needed anything. So speaking to them was my sin,” said an emotional Koetsi.

“At no stage would I gossip about Mbali. She was my boss and as someone working for her I made sure I did not interfere in her marriage.

“But she became paranoid with everyone shortly after she started having problems with her husband.

“Mbali stopped greeting us and started monitoring us and eavesdropping when we received phone calls,” she said.

Koetsi added that she was not speaking out because she wanted to embarrass Mlotshwa but she wanted people to know the actress was not an innocent woman as she portrayed herself to be in public.

“I don’t have any beef with her. I respected her and worked very hard to the best of my abilities. I’m heartbroken because of the unfair dismissal,” she said.

Koetsi told City Press she went to file an unfair dismissal case at the CCMA on Tuesday.

“I was fired in the morning in front of an agent and the new worker.

“Unfortunately, I cannot work for a heartless person. Mbali’s coldness towards us was evident when she couldn’t greet us in the mornings.

“For that embarrassment and being fired for no reason, I am demanding that she pays me R100 000. This money will take care of me while I search for a new job,” she said.

We live in a world where facts and fiction get blurred
In times of uncertainty you need journalism you can trust. For only R75 per month, you have access to a world of in-depth analyses, investigative journalism, top opinions and a range of features. Journalism strengthens democracy. Invest in the future today.
Subscribe to News24
Related Links
Enhle and Black Coffee end in divorce
New housewives stir the pot in the city of gold
Drama and betrayal as Real Wives returns
Next on City Press
The aspiration in art