'I had parents who fought for me. I was taught that my life mattered'

Born in Soweto in the 1970s, Nthabi Taukobong learnt early on in life to be excellent in all endeavours. An avid dreamer, she landed a job at an interior design company in Parktown North and, at the age of 25, she became the lead on an account to redesign the famous Blue Train. Her book is an inspirational account of a remarkable businesswoman. In this extract, we learn about her father’s fight to give her an education.

The streets were on fire; teargas was being thrown around like confetti by the police as they tried to diffuse mass meetings and gatherings of disgruntled students and township residents.

Tyres were being burnt and used by students to block streets; blocking out police and local municipal services. The streets were a mess and it was mayhem.

The townships were shut off from the city and from the rest of the world. Chaos was rising in this time of confusion, disillusionment, hatred and anger. We were all burning in hell. Cars were being searched by vigilantes.

We were not allowed to buy from the white man, or go and work for the white man. Most importantly, under no circumstances could we go to school with the white child.

But my parents did not stop trying; their goal was to pave a better way for their children. My dad said he saw that, in the midst of the riots and shutdown, we did not stand a chance.

If he did not get us out of there, we were doomed for a life no better than his own childhood and upbringing, and that was not what he had signed up for as a parent.

And if it meant he would die trying for his children, then so be it.

The situation with our schooling in the late 1970s worsened. Between 1976 and 1979, many schools were burnt down in the townships as students took to violence against the degrading Bantu education system and being taught their entire school syllabus in Afrikaans.

My parents were still working two to three jobs each, just to afford us a better life in these dire times.

My mom worked as a nurse and at night she sold AMC cooking pots, Tupperware or clothes; whatever she could get her hands on to sell. My father started off as a truck driver.

He left school when he was in Grade 11 so that he could work and help his parents take care of his younger brothers and pay for their schooling. Years later, he would continue driving trucks and attended night school to complete his matric, and worked his way up at the oil company that he was driving trucks for.

Little did we know that, during his long-haul trips, my father was also driving around to private schools in the white suburbs and pleading with them to take in his two children as there was no schooling in the townships.

It was against the law for black and white children to be at school together in those days, but my father persisted.

He went from school to school, begging for our entry, then came home and continued to do all he could to keep us engaged and stimulated. He read to us, kept us well informed about the political situation in the country, asked us questions and continued to demand that we not give him yes or no answers.

It would be many years later that my father shared with me that once, after he had approached the fifth school and explained and reasoned with them, and their answer was again a firm NO, he broke down in tears.

It was a priest at an Anglican school who eventually took the time to listen to my dad and promised to see what he could do.

After numerous secret meetings, it was agreed that we could attend the Anglican school, but our presence was off the record; it was not to be reported to the school board, government or even to the higher religious establishment.

But it was also to be off the record to our local neighbourhood and general society, who at that time were anti-white anything.

My father, being the all-inclusive dreamer, once again approached our immediate neighbours (our piano group) and told them of his secret meetings and that he had managed to open the door for the two of us and was willing to persuade the priest at the school to make room for more.

Who was interested, my father enquired, only to be met with shock and a bit of disdain, as it was felt that he was now close to being a full-on traitor, working with the system that was brainwashing the children.

The concern about the uneducated child was a concern for all parents, and my father made it his personal mission to seek a solution. He had many meetings with the parents in our neighbourhood, trying to convince them that this was a valid and necessary opportunity for all of the children and that we could not be left alone to our own means each day; we had to be in school.

My father always said that education was our ticket to freedom and that an idle mind was life’s silent killer.

Finally there was a clear-cut line; some were for it and many were against it. So, back again he went to the Anglican school, not just for his two children, but for the other parents he had convinced as well.

I learnt the spirit of togetherness from my father and that, when an opportunity comes to better yourself, you must see if there are others who you can open the door for too, so we can all grow, together.

That is what my start in life was all about; I had parents who fought for me. I was taught that my life mattered; that, in life, always go for what you deserve, not what is dealt out to you.

My parents taught us discipline, perseverance and the strength to stand up for ourselves.

They gave us the keys to and tools for knowledge and great cultural understanding. They groomed future leaders. They had a clear picture of a life they wanted together and, mostimportantly, what they wanted for their children.

I came to understand very early in life that being born with a silver spoon in one’s mouth did not only mean that one was born into material wealth.

They taught us to hunt for what we wanted so that, in our future, we could manufacture our own silver spoons. 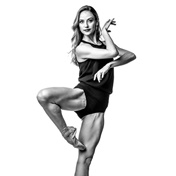 Read more on:
interior designbook extract
MONEY MAKEOVER
What to look for when drawing up your will and estate planning