I travelled solo in Turkey and I felt safe As a relatively conservative Muslim country and culture that is very different to ours in SA, Turkey as a solo travel destination for women has always left tourists feeling uncertain. When Rhodé Marshall announced her plan to travel solo around the nation that straddles eastern Europe and western Asia, many told her that it would be too dangerous. Of course, she went ahead with her plans - and she loved it.

I have been to many places around the world, but Turkey wasn’t one of the countries that was on my to-do list. But, since my travels to Istanbul and Antalya, many have been curious to hear about my experiences in the relatively conservative Muslim country.

One of the questions that came up often was whether I felt safe and comfortable in the country as a woman tourist – I was part of a group in Istanbul, but travelled on my own in Antalya.

And the answer is yes – I felt absolutely safe travelling in Turkey and travelling by myself in Turkey. Not only did I feel safe, I also fell in love with the country and its people, to whom I felt a special connection. I decided to extend my stay beyond work and soak up the sun before returning to this vicious cold we’re experiencing.

Turkey is a beautiful country that has a rich history and a food culture like no other. But what I didn’t expect – probably because of the preconceived ideas I was bombarded with – is that, everywhere I went, despite the language barrier, Turkish people are the most hospitable folks I’ve so far come across.

Everywhere I went, I was offered either Turkish coffee or tea. As someone who has no interest in tea, I recommend you try it. It’s amazing! There are so many choices of teas, and many small businesses to support and buy from. Of my own accord, I flew from Istanbul to Antalya, which was a seamless trip. A return flight with Turkish Airlines can cost anything from R600 in economy class to more than R2 000 for business class.

In Antalya, expect more European-style food than authentic Turkish food, as well as easy walks to the Mediterranean Sea if you stay in Old Town, where you can spend the day in private, relaxing at Mermerli Beach on the Turkish Riviera, where the sparkling emerald waters crash into the bottom of towering cliffs, for only 20 lira (R50). DON’T BE AFRAID OF THE BOGEYMAN

For me, staying safe was simple, or at least the same as when I travel locally or internationally – I practise the same safety precautions as I would elsewhere. Yes, there have been terror attacks, but the same can be said for many other places around the world, including France, the UK, Belgium, Germany and the US, where tourists travel freely without a constant feeling of impending doom.

I understand the concerns, but I think that we also need to challenge our prejudices within them. There is definitely a lot of security at the airport, though the staff are far friendlier than the officers in the US.

However, be aware of your surroundings and, more than anything, use your common sense. I did not use my common sense while posting on Instagram. When my posts were uploaded, I tagged my location and would get direct messages from men who would tell me that they had seen me at that location earlier in the day.

Because of my posts, it would (as it were) appear that I was travelling on my own and it wouldn’t be difficult for someone to track my movements in an area and take advantage of this information. If you’re taking photos, rather post them after you’ve left the area and consider not adding your location so that you won’t be a target.

One of the major warnings I received was that I would feel harassed in Turkey based on how men approach women.

Aside from being approached by men on social media, the men were certainly upfront about their interest, but I didn’t feel harassed. A simple no and an explicit expression of disinterest was enough. This is not to say that other women haven’t had the opposite experience.

Again, this applies to any foreign location:

THERE ARE TWO SIDES TO IT

Many people aren’t aware that Turkey has a European side of the country and an Asian side.

Turkey’s location is generally called Eurasia. Straddling the continents of Europe and Asia, Turkey tries to be a bridge between East and West.

The portion of Turkey’s land in Europe may be small geographically but the country’s largest city, Istanbul, is mostly located on the European side.

The Bosphorus Strait, which connects the Sea of Marmara to the Black Sea, divides the city into a European and a Thracian (a group of Indo-European tribes inhabiting a large area in western and southeastern Europe) side, which comprise the historic and economic centres. 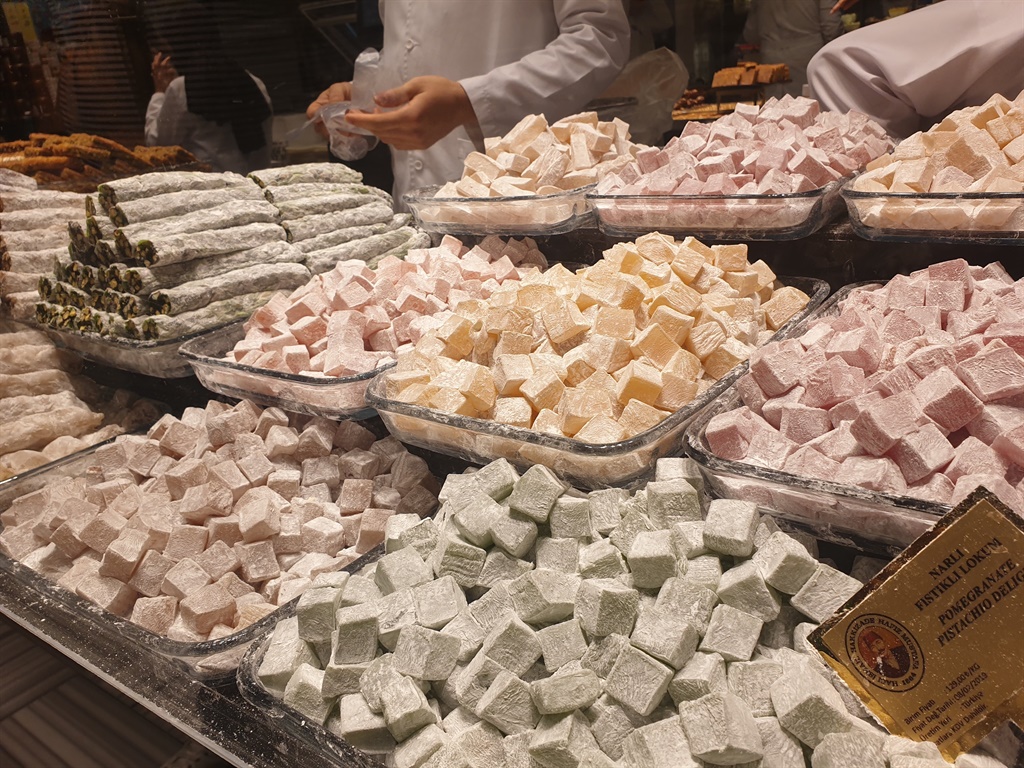 This area is very popular among tourists and you’ll find some of the most beautiful places there, including Hagia Sophia, Topkapi Palace, Sultanahmet Square, the Blue Mosque, the famous Istiklal Street in Taksim and much more.

The architecture alone makes the trip worthwhile. The Anatolian (the westernmost protrusion of Asia, which makes up the majority of modern-day Turkey) side is a more local and residential area, which I loved.

The food market is amazing – I tasted and tested almost everything, but it is a crowded area and you’ll be asked for money and food by Syrian refugees who live in the area.

The only way to visualise this is by taking the Bosphorus tour to appreciate the views of both the European and Asian sides. The views from the ferry ride to the Asian side are to die for and there are so many trendy areas like Kadiköy to explore. Where to eat: There is so much to try in Turkey when it comes to food. It’s such a rich culture and this comes through in their meals. You must pay a visit to Hak Evrensel Hatay Sofrasi, a restaurant in Florya.

We were visiting Istanbul during Ramadan and enjoyed the most delectable and overwhelmingly good iftar there – so much so that I woke up the next morning with a haunting taste of the vegetable soup we had enjoyed the night before. PS, don’t leave without trying their Turkish kunefe sweet cheese pastry.

Easy access: Sultanahmet Square is at the centre of Old Town Istanbul – it’s at the heart of the Old City and is the central point for the best sightseeing in Istanbul. You might want to consider staying as close to this area as possible. Because the area is relatively compact and free of traffic, Sultanahmet makes it easy to discover Istanbul’s best attractions on foot, including the Grand Bazaar, Hagia Sophia and the Blue Mosque.

Where to shop: Turkey is a beautiful haven of bargains and it’s easy to get lost in it all. The best place to go if you’re a shopper is the Grand Bazaar, but it’s also wise to remember that you’re going to walk through a maze where people are basically selling you the same products. So walk into it as deep as you can because that’s where you can negotiate the best prices – never pay the asking price. There are thousands of stalls selling everything from sandalwood scents and 24 carat gold to local wood carvings and traditional art. Prices are often inflated, especially for visitors, but, luckily, traders are willing to barter. It really is one of the best things to do in Istanbul if you love local souvenirs. TRAVEL TIPS ON HOW TO HAVE A SMOOTH ARRIVAL IN TURKEY

Quickly turning into one of the world’s top travel destinations, Turkey has an exceptional balance of Middle Eastern and European heritage and inspirations, historic and contemporary architecture and cultures, and it’s rich in heritage sites and majestic natural wonders. And for South Africans it offers great value for the rand and a free visa.

If you’re looking for your next holiday destination without the administrative stress that’s a buzzkill for your dreams, then here’s how to make sure you have a smooth pre-break experience: 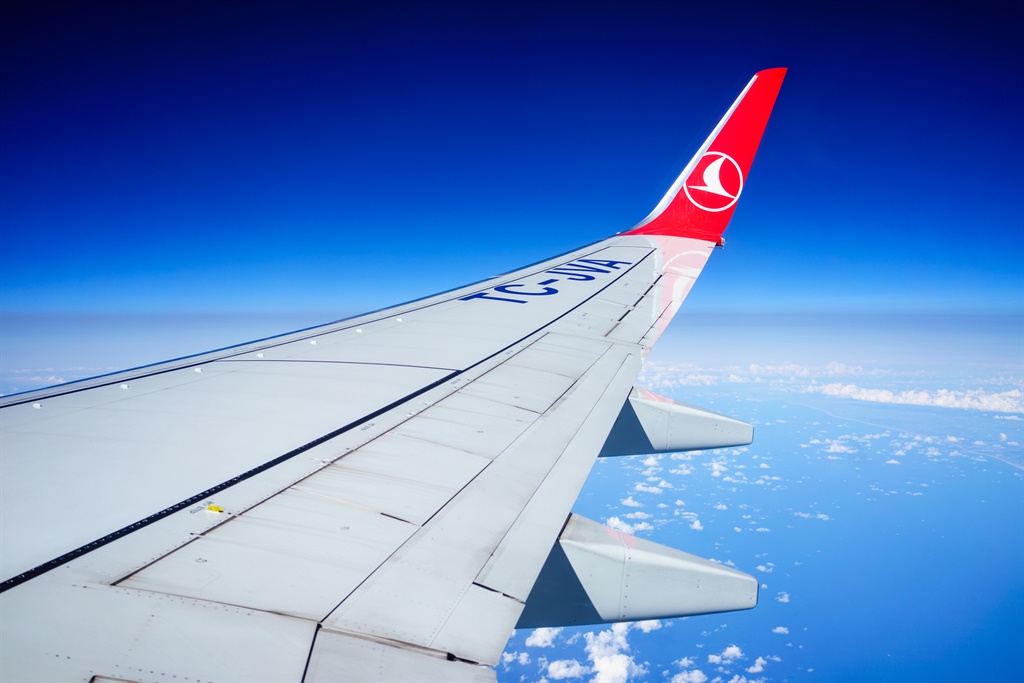 Marshall was hosed by Turkish Airlines

We live in a world where facts and fiction get blurred
In times of uncertainty you need journalism you can trust. For only R75 per month, you have access to a world of in-depth analyses, investigative journalism, top opinions and a range of features. Journalism strengthens democracy. Invest in the future today.
Subscribe to News24
Related Links
10 tech tips when travelling alone
Next on City Press
The aspiration in art