The T-Cross is not only easy on the eye, but the ride is impressive.

Hyped as one of VW’s most important products in years, the T-Cross was recently launched in the Eastern Cape. Melinda Ferguson shares her first impressions.

The one area where VW has been glaringly absent is the compact SUV segment, where the Ford EcoSport, the Renault Sandero and the Hyundai Creta have been enjoying the fruits. Methinks that’s all about to change with the launch of the much-anticipated VW T-Cross, based on the celebrated Polo platform.

Manufactured in Pamplona, Spain, the T-Cross was globally launched in April. Last week, I attended the national launch in the scenic Eastern Cape for what has been described as the German manufacturer’s most important product this year. I came away deeply impressed.

Combining quality finishes, bold styling, trendy colour combos and one of the best gearboxes in the biz – the DSG 7-speed dual-clutch transmission – the T-Cross is not only easy on the eye, but the ride is impressive. Available in a 1.0-litre turbocharged petrol engine, it features three cylinders, with outputs of 85kW and 200Nm.

Don’t be put off by the sound of the 1.0 engine, its turbo does the biz.

On launch there were two trims available – the Comfortline and Highline – the entry level Trendline will be available early next year. 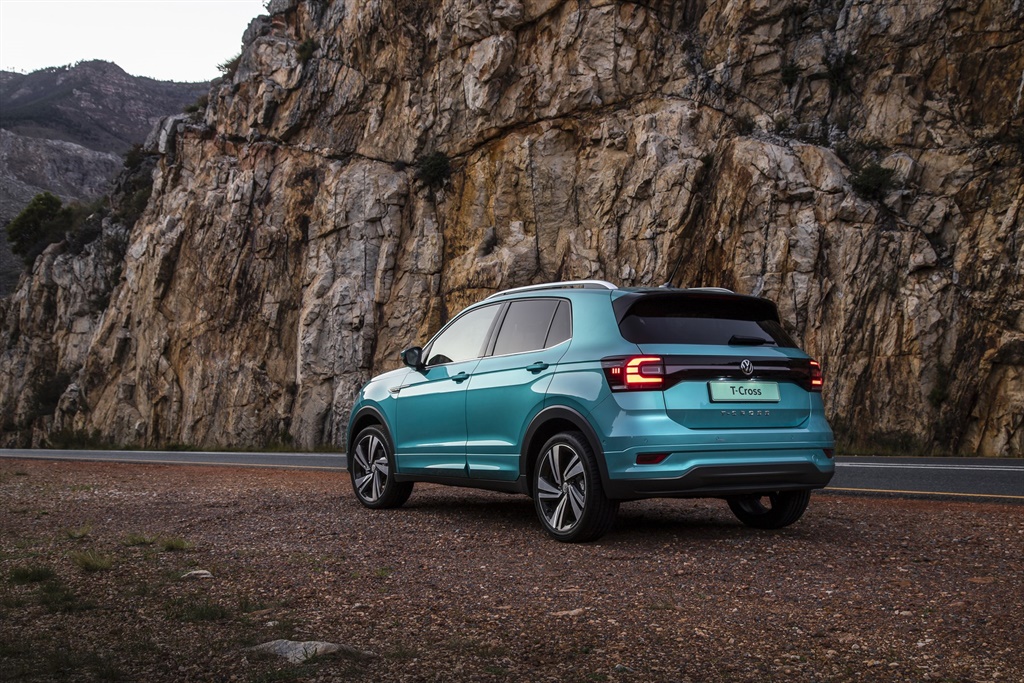 The Highline is even better specced (adding about R30 000 to the purchase price) with features including 18-inch Cologne alloy wheels, sports front seats, a wireless charging pad and a Composition Media infotainment system with app connect.

A word of caution – there are some really seductive options, like adding the R-Line exterior kit, which includes 17-inch alloy wheels, a high-quality infotainment screen and VW’s kick-ass Beats sound system, but these add-ons are going to add quite lot to the base price. For those buyers looking for some extra power, the 110kW 1.5-litre TSI engine will be added to the pack early next year.

Although this is no heavy-duty off roader, the ground clearance at 180mm will facilitate a fair amount of pavement crawling and will allow for some rough gravel travel.

There’s adequate luggage space at 377 litres but with the rear seats down, this expands into a whopping best in class 1 281 litres.

The infotainment system in the T-Cross will definitely appeal to the hip and tech trendy Polo fans, plus there are two USB ports in the front and back that will ensure that everyone can stay charged. If driven sensibly, fuel consumption is impressive coming in at about 5l/100km.

If VW’s record-setting trend in South Africa continues, the T-Cross is set to bowl its compact SUV competitors right out of the park(ing lot).