Songbird Kelly Khumalo and Bahumi Madisakwane have been tipped to star as Lebo Mathosa on the late iconic singer’s upcoming biopic titled The Lebo Mathosa Story, set to be released later in the year.

Insiders close to the biopic told City Press this week that Madisakwane, who is socialite Somizi Mhlongo and actress Palesa Madisakwane’s daughter, will portray a young Mathosa, with Khumalo playing her in adulthood.

Both Khumalo and Bahumi wouldn’t confirm their lead roles as they have signed non-disclosure agreements with the channel and the production house in charge.

The Lebo Mathosa Story is a six-part BET Africa drama series that tells the story of her incredible life.

The viewers will have a glimpse of Mathosa’s incredible journey as a member of the popular group Boom Shaka, which became one of the most successful kwaito groups in South Africa in the early 1990s.

Their first single, It’s About Time, became a smash hit overnight and an anthem for teenagers and young adults all over the country.

In her short career, Mathosa became a household name and with her untimely death in a car accident on October 23 2006, Mzansi lost a talented singer. She was only 29 and her passing left a void in the entertainment industry.

City Press has reliably learnt that other talented actors who auditioned for the lead role were actress Thandy Matlaila and Busi Lurayi.

They are said to have given their all at the auditions, which took place at Sky Rink studios in April this year. 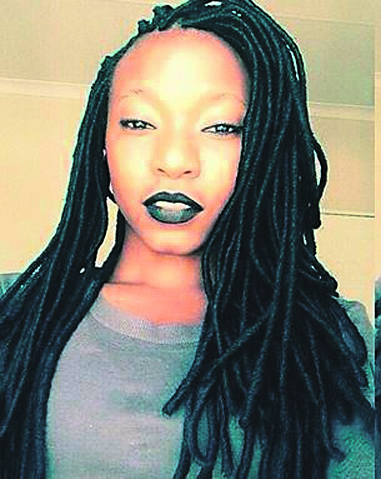 Bahumi (22), who was one in the crowd of hopefuls, told Sowetan just before her audition that she was nervous.

“I am going to walk in there and they are going to say you are ABC’s daughter,” Bahumi said.

An insider said Khumalo had her work cut out.

“Kelly has big shoes to fill. She can also sing but she has to work hard on improving her dancing moves. We hope she will do justice to Lebo’s character,” said an insider.

On Friday, City Press contacted Monde Twala, vice-president for the BET channel, youth and music at Viacom International Media Networks Africa, who neither denied nor confirmed whether Khumalo and Bahumi were cast as Mathosa. All he could say was that the cast hadn’t been finalised.

“We’ll announce and reveal the cast in the next two weeks,” Twala said.

Mathosa’s brother Solly Mathosa said that he was excited that finally the story of his sister was going to be told to the world.

“It’s long overdue. Although she died at a young age, she made a huge impact in the music industry and as a result she had won people’s hearts with her unique voice,” he said.

Solly said Mathosa, who was born in Daveyton on the East Rand, began singing at a young age in the local church choir.

“Music runs in the family but Lebo’s voice was unique and different from all of us. She was just different and a special child,” said Solly.

He added that what people didn’t know was that his sister used to draw her music inspiration from the Bible.

“She used to spend most of her time reading the Bible.”

Mathosa was discovered by music producer Don Laka when she was 14 and he put her in Boom Shaka, with the three other members –Thembi Seete, Theo Nhlengethwa and Junior Sokhela.

“It’s been 13 years since her passing but we will never forget Lebo. She was a sister and daughter to the nation. She has made a mark in the music industry yet to this day it’s hard to forget about her,” Solly said.

We live in a world where facts and fiction get blurred
In times of uncertainty you need journalism you can trust. For only R75 per month, you have access to a world of in-depth analyses, investigative journalism, top opinions and a range of features. Journalism strengthens democracy. Invest in the future today.
Subscribe to News24
Related Links
What's Lebo without Boom Shaka?
In defence of Kelly Khumalo
Kelly & Chad: ‘God’s publicity stunt’ brought us back together
Next on City Press
Meet Big Xhosa – the real deal or a spoof artist?