Lindsay Katlego Setlema: Born in Vaal and big in Korea Lindsay Katlego Setlema still can’t believe what happened a month ago in Changwon, the capital city of Gyeongsangnam-do, on the southeast coast of South Korea.

The 21-year-old South African dancer and art lover, who hails from Vaal in Meyerton, walked off stage with the People’s Choice Award at the 2018 Changwon K-Pop World Festival.

K-Pop (Korean pop) is a hybrid of Korean and global sounds that has amassed millions upon millions of followers across Asia.

It all started in June, when the Embassy of the Republic of Korea hosted the popular festival’s regional round at the Atterbury Theatre in Pretoria. Setlema won the auditions and was offered a ticket to the finals in Korea.

“I did not know anything about Koreans, I was not interested until I actually noticed how seriously they took their entertainment industry,” said Setlema this week when City Press met with him at the trendy Maboneng district in downtown Johannesburg.

The film student says winning the regional round did not come easy because he had to learn two different routines, and one was choreographed by a Korean dancer.

“I watched videos and learnt the choreography, and 20% was my choreography. It was strictly Korean music. I was still new to it. Then someone showed me.”

Before even making it to the Atterbury Theatre, Setlema had to submit an online audition.

Then, after making it through, on September 24 he packed and flew to Korea, where he had to work hard in rehearsals to try to win the hearts of the judges.

“It was weird and very fun,” he says with a laugh. “A lot of things went wrong; they had to cancel some performances because of Typhoon Kong-rey, which was supposed to strike Korea. But somehow they managed to make the festival happen.”

Before his trip to Korea, Setlema was more focused on hip-hop dancing. Now he has broadened his genres, thanks to Korea.

“What I learnt there is work ethic; that I can do anything, I just need to put in the time. You would go over the whole routine just to perfect one move that takes five seconds.”

During the two weeks he spent in Korea, there was a time when he had to dance to a Korean song and his facial expression had to be in sync.

“There were fast parts and I had to remember the words and keep in mind what they meant. I referenced on Google to check what words meant. Sometimes my facial expression clashed with the song – that was my biggest problem,” he chuckles.

He says his mother was particularly proud that he came home from the other side of the world with an award, especially because it was voted for by the audience.

He is now starting a crew whom he will train and go with to the competition next year.

He is only half joking when he says that had it not been for his studies, he would not have came back to South Africa.

His dream is to have his own dance studio and a production house. 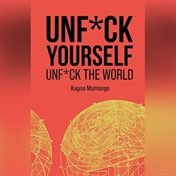 Read more on:
south koreadance
ON MY RADAR
for subscribers
On My Radar | Take care as you step into the metaverse