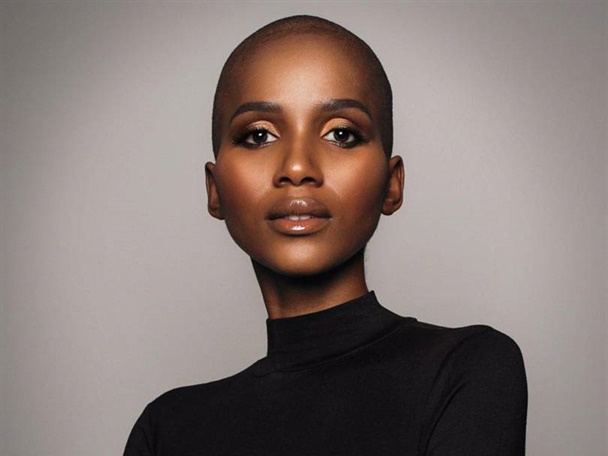 “It feels surreal. Every moment feels like a memory my mind wants to pause and capture so that it can be engraved forever.”

This was Shudufhadzo Musida’s reaction after making it into the top 10 in the Miss SA beauty pageant.

The 23-year-old, who hails from Ha-Masia in Venda, Limpopo, was left feeling humbled and honoured after winning the public vote, which is a good indicator going into the competition.

“I felt like I had a whole village walking behind me and that is a feeling I will never forget.”

Musida said she was motivated by the desire to have her voice heard on a global stage.

“I’ve always known that I have a calling that is bigger than myself,” she says.

Her plans, should she win, involve continuing the charity and volunteering work she is already doing, and furthering a few other causes that are dear to her heart.

“I want to bring awareness to mental health issues and the plight of disadvantaged communities that lack basic needs such as water and food.”

I felt like I had a whole village walking behind me and that is a feeling I will never forget.
Shudufhadzo Musida

She wants to focus on the underlying problems that impede progress on these issues, as well as on the education and economic empowerment of women and children.

“Each winner used her reign in different ways; I’ll be advocating my causes,” the professional-sounding Musida tells us. It’s hard to pinpoint which past winners she might mirror, as contestants have varied ideals they stand for.

But the list of strong women she looks up to is long and impressive.

“Oprah [Winfrey], Basetsana Kumalo, Beyoncé, Michelle Obama ... The list is endless as there are so many.”

Each of these people, and the many more women she admires, has a quality she looks to emulate.

The adjustment from being a postgraduate student at Wits to a public favourite in the Miss SA pageant must have taken some getting used to, but it seems this hope of Limpopo is taking it all in her stride.

Read: Zozibini Tunzi opens up about the bittersweet joys and challenges of being Miss Universe

“Being involved in a competition like this has been a learning experience. I’ve always kept to myself, so being out there is humbling.”

She also speaks about her home with nostalgic warmness.

“I was raised by strong women and they have influenced me.”

There was always song and dance in her family, which she says was a beautiful environment to grow up in.

Musida, who holds a bachelor’s degree in social sciences in philosophy, politics and economics from the University of Pretoria, has been taking a sage approach to dealing with the strain of lockdown.

I was raised by strong women and they have influenced me.
Shudufhadzo Musida

“I’ve been dealing with the lockdown one day at a time. It has been particularly difficult with everything being digital at school and also making sure that I stay positive.

"I’ve learnt that I don’t need big victories right now, just the small ones, such as exercising for 30 minutes or doing my school work for an hour.”

With the successful reign that Miss Universe Zozibini Tunzi has had after winning the highly sought-after international tittle, someone to echo her run is already being looked for and the race is on to find the one who will succeed her in the 62nd rendition of Miss SA.

We are keeping a keen eye out for Musida.

We live in a world where facts and fiction get blurred
In times of uncertainty you need journalism you can trust. For only R75 per month, you have access to a world of in-depth analyses, investigative journalism, top opinions and a range of features. Journalism strengthens democracy. Invest in the future today.
Subscribe to News24
Related Links
Sasha-Lee Olivier takes her place as Miss SA
Zozibini Tunzi: Behind the crowned perfection
Miss SA: The beauty from the village
Next on City Press
Meet teenage phenomenon, Joda Kgosi