Moneoa steals the show in Durban 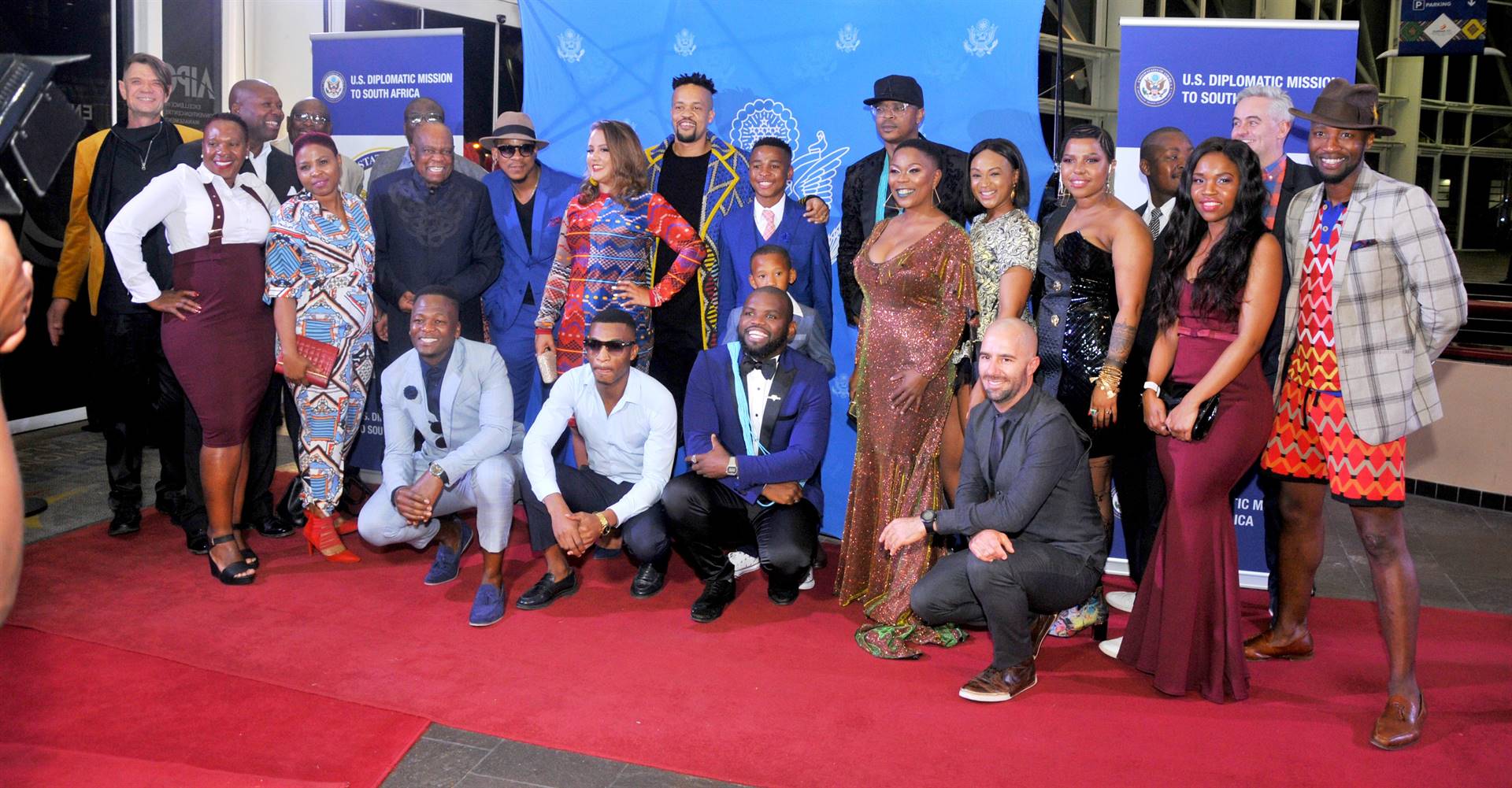 Rising like a modern-day siren above a sea of gangsters, singer, songwriter, dancer and actress Moneoa Moshesh stole the show at the 40th Durban International Film Festival last week.

Giving the performance of a lifetime, Moneoa plays Sophiatown torch singer Eve Msomi in the new film Back of the Moon, directed by Angus Gibson and produced by The Bomb Shelter.

The film – a gangster love story that plays out on July 28 1958, the night before the apartheid police invade Sophiatown and forcibly evict its black residents – opened on Friday night to a packed house, with executive producers Anant Singh and William Kentridge in attendance, along with Sello Hatang.

Hatang, the chief executive of the Nelson Mandela Foundation, made a short and witty speech at an evening that opened with a tribute to Mandela and Johnny Clegg. He said the cast of thugs is so terrifying in the film that he was astonished to meet the actors and see how sweet they were in real life.

Of the film’s stylised violence that includes several shootings, multiple stabbings, smatterings of male nudity and an apparent rape, Hatang said that he saw these as signifiers of the wounds of the past.

Audience members who had attended the opening night film, Knuckle City, on Thursday could be forgiven for feeling as though they were caught in a loop of the same film.

Knuckle City’s opening in Durban also began with a tribute, this time to the grande dame of South African acting Nomhle Nkonyeni.

In one of her final roles she plays the arch bad-ass Ma Bokwana, the matriarch who runs the underground boxing scene in Mdantsane township. Nkonyeni told City Press before she passed how she had loved the role – and it shows.

The actress, who played her share of maids during apartheid, ended her career as a towering and powerful woman.

Bongile Mantsai, the boxer and leading man of Knuckle City, as well as Richard Lukunku, the erudite gangster Badman and leading man of Back of the Moon, had many swooning, with mutterings of “Idris who?” heard after the films screened.

Every shade of gangster evil was on display between the films – a particularly South African archetype – with Siv Ngesi, Owen Sejake, Israel Matseke Zulu (formerly Makoe), Lemogang Tsipa and S’dumo Mtshali each bringing their own particular shade of evil.

I’m glad I won’t be having to choose any best supporting actor awards this year, that’s for sure. But it was the women who brought respite – Angela Sithole and Awethu Hleli in Knuckle City and, of course, Moshesh in Back of the Moon.

In a dazzling red dress with sleek matching red gloves, Moshesh drawled and purred through her songs and her lines, captivating the audience. One bat of her eyelashes in a smoky room spoke volumes.

Eve has her performance at the jazz club Back O’ the Moon disrupted by The Vipers, who take her hostage. She’s involved in an abusive relationship with a boxing champion and ends up connecting with Vipers leader Badman as an unusual love story unfolds. Or, as the film’s pay-off line goes, “on the last day of his life a gangster finds something worth living for”.

Gibson did his research for the film in the 1980s for a resistance theatre piece, and he and artist Kentridge, who started his career in film, made the 1988 documentary Freedom Square as well as Back of the Moon together.

But 30 years would pass before this week’s premiere. When The Bomb Shelter finished shooting its 1950s telenovela The Road, the production company decided to shoot a film on the gorgeous 1950s sets created by art director Dylan Lloyd before tearing them down.

Lukunku and Moshesh had both so impressed in that series that they were cast in Back of the Moon. It was a great move, especially for Moshesh, whose international career will be even more of a sure thing after this performance.