Reimagining the revered storyteller of Riverlea Van Wyk, the Storyteller of Riverlea, is back by popular demand at The Market theatre in Newtown.

The production profiles the life and times of legendary author and activist Chris van Wyk, and is directed by Christo Davids.

It is an exploration of Van Wyk’s humour and an intimate, hour-long capsule of his personal life, paying homage to his poetic and political voice.

“What makes this production different from the others which have profiled Van Wyk is that I write and perform it in the first person.

“It is the return of Van Wyk as himself; somewhere between here and there, between his life and his death,” says prolific thespian Zane Meas, who wrote and performs the production.

The play explores Van Wyk’s childhood in Riverlea, Johannesburg, his passion for reading and writing, and his tragic battle with cancer.

Meas explained that the play was told as an oxymoron, making viewers feel both happy and sad.

Meas and Davids are a duo that has collaborated before, and both performed roles as Van Wyk in Janice Honeyman’s adaptation of Shirley, Goodness & Mercy, but this installation has revealed new truths that they’ve each learnt about themselves and each other.

“We’ve both grown over the years. We know each other very well, we even finish each other’s sentences,” said Meas jokingly. Chris van Wyk was not only a prolific writer, but was also an instrumental activist

“It was very easy to work with Christo. He even told me that one day his wife asked him if everything was going alright with the play because he usually complained about how challenging it was directing other plays, but with this one he never came home complaining,” Meas reflected fondly.

He went on to say that he hoped that the play would encourage the younger audience to appreciate the love for reading which Van Wyk had and that it would invoke a sense of nostalgia for the older audience.

“I would like for viewers to make the best of life now and to avoid having regrets,” Meas added.

He also spoke passionately about the significance of the play in our current socioeconomic and political climate.

“Van Wyk was an instrumental voice in forging a nonsexist, nonracist society. He was also very passionate about creating a cohesive South Africa, which is why in the play we make reference to the letter he directed to Kuli Roberts affirming the role that coloured people played in the liberation struggle, which often goes unnoticed,” he explained.

“Van Wyk’s story still, unfortunately, resonates in our current climate, which is still very racially polarised. However, there’s hope. There is always hope.”

Van Wyk, the Storyteller of Riverlea, is on circuit until December 15.

Related Links
Saartjie lives, so does Khwezi
Can Themba: The man in the suit
SA theatre rocked by allegations of financial misconduct against chair
Share
Next on City Press
Double celebration for Cassper Nyovest 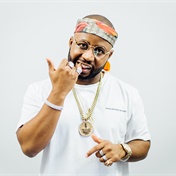