The collection is made up of 891 writings in seven indigenous languages, from writers who were obviously anxious to preserve the history and culture of their people for future generations. Picture: Supplied

This is an extract from a work written in Khelobedu in January 1940 by J Modiba. It provides interesting insights into the history of the Rain Queen and the Balobedu.

READ: Delve into these fascinating translations from our ancestors

During the reign of Masalanabo, there was an incident of sedumedisananedi – a star with a tail – on the western side of the night sky. It was said that this was an indication that someone popular would be killed; this was true because, on that day, Matlakana was killed.

The Batobolo tribe was one of the first tribes that came to Modjadji. They came just after famine hit the Modjadji people. After King Modjadji’s reign, the Batoka people from Chaagane arrived in Modjadji.

Balobedu kings were independent until today. The Modjadji area stretched from Letaba to Moeketse. Today, many people do not know who the kings of Modjadji were. People do not even know who their ancestors were who lived in this land in ancient times. Only a few people know about this. The Balobedi married among themselves. 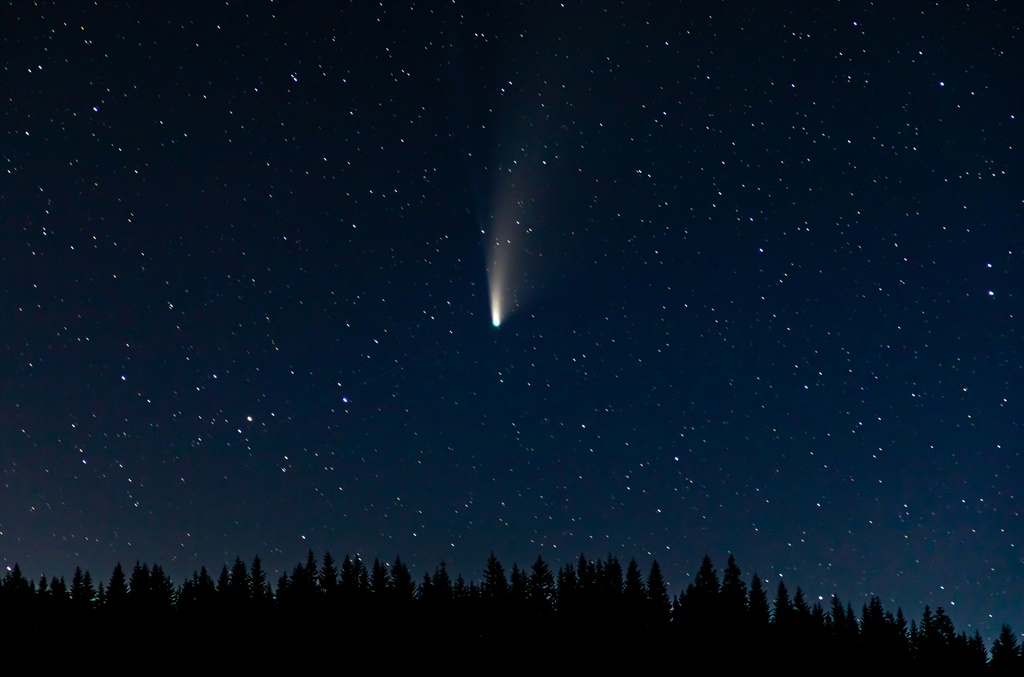 The clans that are found in Modjadji are the Magasha, Modika Rele, Malematša, Mabulana and that of Mosata. These are the bigger clans which belong to the royal family. These clans belong to one family. All of them use the pig as a totem. They are Bakwebo.

Separation of the clans

All these clans originate from one big clan. These people are not Baroka, but the Balobedu. They are members of the royal family, not messengers or traditional doctors. Bananas were called moova in Modjadji

The origin of bananas in Modjadji

During Masalanabo’s reign, a group of Venda people visited the Modjadji area. They fled from the warriors of Sewawa. They settled in Modjadji for a long period as they were waiting for the warriors to leave their land. They later returned to Venda and came back to Modjadji with cut banana trees. Bananas, which were called moova, were then planted for the first time in the land of Modjadji. When the Balobedu saw what was happening, many people in the Modjadji area did not approve of what the Venda people were doing.

They were surprised by the activities of a man known as Makgopa, who was planting banana trees all over the area. He was paid with sorghum beer. The Modjadji people did this because they were afraid that if Makgopa was not given something as payment, he would not be encouraged to take care of the banana trees that he had planted and the trees would ultimately die. Afterwards, the Modjadji had plenty of banana trees. People then realised that the banana fruit was delicious. They learnt that the tree should only be planted in a wet area, especially in rainforests. They were warned that birds could eat the delicious crop so they would need to be extra cautious.

We live in a world where facts and fiction get blurred
In times of uncertainty you need journalism you can trust. For only R75 per month, you have access to a world of in-depth analyses, investigative journalism, top opinions and a range of features. Journalism strengthens democracy. Invest in the future today.
Subscribe to News24
Related Links
Our Story | A battle not easily buried
Our Story | Sekonyela’s impetuous greed
Our story | Diamonds and 'the white man’s war'
Next on City Press
The masked dancer: Oti Mabuse to the world