Thumbing nose at courts is not new 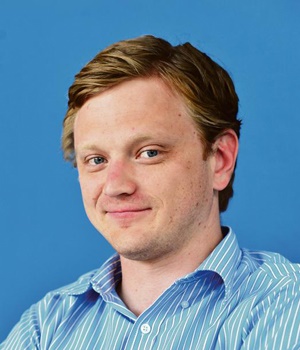 When the Omar al-Bashir matter hit the headlines more than three weeks ago, it was South African controversy like only we can do it.

It was the death of constitutionalism, the rule of law and all things great about South Africa.

This was not what Mandela fought for, and all that.

But in fact – unlike what many declared in shrill tones at the time – the al-Bashir case was not the first time this government had ignored a court order.

And, as per usual, in most cases, those cases had not involved front-page headlines about the death of the rule of law because the people involved were not the high and mighty, but some of the worst-off among us.

If it were not for the stoic work of the NGOs involved, these cases might never even have seen the inside of a courtroom.

Some fairly basic research reveals a substantial list of cases in which orders were ignored or side-stepped.

In the wake of scathing attacks on the judiciary by senior tripartite alliance politicians following the al-Bashir controversy, Chief Justice Mogoeng Mogoeng on Wednesday announced that he would be taking the unprecedented step of requesting a meeting with President Jacob Zuma to discuss “unfounded criticism”.

When asked for specific examples of court orders that had not been complied with, Mogoeng referred to a list of examples that I had sent to him a week before.

He said that with the exception of one “eyebrow-raising matter”, it had only been “a few instances” where orders had not been complied with.

. A 2013 incident when the Johannesburg metro police prevented hawkers from trading in the inner city, thereby ignoring an urgent Constitutional Court interdict. When an attorney from the Socio-Economic Rights Institute (Seri) tried to explain this to the metro police involved, they simply arrested her.

. Also in 2013, Advocate Nomgcobo Jiba, then head of the National Prosecuting Authority (NPA), was heavily criticised by the Supreme Court of Appeal (SCA) for the lax attitude adopted by the NPA in failing to ensure that a previous SCA judgment ordering the NPA to hand over the spy tapes was complied with.

. In 2012, Lawyers for Human Rights (LHR) obtained an order setting aside the closure of the Port Elizabeth Refugee Reception Centre. The department of home affairs ignored the order. LHR went back to court for another order, which was also ignored. In a scathing judgment, the SCA later said it was a “most dangerous thing for litigants, particularly a state department and senior officials in its employ, to wilfully ignore an order of court”.

. Section27, an NGO that fights for the rights of pupils, has also had to obtain three separate court orders in its attempt to get the department of education to deliver textbooks to Limpopo schoolchildren. This matter is now headed for the SCA.

. In May this year, the Ekurhuleni municipality had a close brush with contempt of court after a number of orders of the Constitutional Court were ignored in a case involving the resettlement of poor families in a Bapsfontein community. The Constitutional Court at the time cited a list of cases in which court orders had been ignored. “What they show is not merely that state parties are failing in a very serious way to meet their constitutional obligations, but these failures have real and serious consequences for those whose interests they are there to serve,” it said.

. The LHR has pointed to two occasions on which the department of home affairs deported foreign nationals despite ongoing court proceedings challenging their deportation. One of those involved the deportation of a man facing the death penalty, illegal under South African law.

. LHR attorneys were also recently refused access to people who were arrested by police during government’s controversial Operation Fiela. An urgent court order was obtained to secure access, but police still refused to grant the LHR access until the following Monday.

Asked about government’s attitude towards the courts, revered former Constitutional Court Justice Zak Yacoob recently said “government has been willingly complying with the letter of the law, but not quite with the spirit”.

“What they have done in recent times, instead of embracing that duty, they have relied on every conceivable technical objection to evade responsibility. It is this attitude government allows its lawyers to take which has cast some serious doubt on government’s commitment to delivering services for its people.”

Jackie Dugard – an associate professor of law at Wits University and the then head of Seri when it repeatedly returned to court to get the City of Johannesburg to comply with court orders in a case involving the eviction of inner-city residents – said the trend of government noncompliance with court orders could be seen in the increasing frequency of courts granting structural interdicts.

A structural interdict orders a party to do something and then monitors their progress in complying with it.

Dugard said that in the famous 2002 Treatment Action Campaign (TAC) case about antiretroviral drugs, the Constitutional Court declined to grant such an interdict, ruling that “government has always respected and executed orders of this court”.

However, said Dugard, you now see “judge after judge having to enforce issues with enforcement orders”.

“I think the solution is for the courts to become more robust. With the TAC, it was arguably appropriate [not to grant the interdict], but I think that, by now, the court should have changed its perspective and said: ‘Hold on, we now have serial nonenforcement going on; the facts have changed and, therefore, the approach should change.’”

Mark Heywood, executive director of Section27, agreed. “I would say that the al-Bashir thing is possibly the norm rather than the exception, and court orders are routinely not complied with unless there is close monitoring by civil society organisations to make sure that an order is carried out.”

Share
Next on City Press
Tribute to Mjongile: You made your mark, Madiba