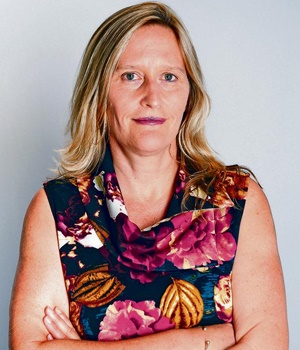 Live tweets of Omar al-Bashir’s presidential plane taking off from Air Force Base Waterkloof gave us a memorable jaw-dropping moment on social media. The tweets were posted at about the same time as government lawyers were assuring judges that the Sudanese president was still in the country.

Media24 reporter Erika Gibson teamed up with plane spotters at various places early on Monday morning. Relying on Gibson’s insider wherewithal as a specialist military reporter, photographer Alet Pretorius was dispatched to Fort Klapperkop “with a lens the size of a cannon”. She placed herself on a little hill on the other side of the highway from the base.

Gibson kept tabs “on the right people at the right spots” from her home, coordinating the operation the modern way – with her cellphone. Their eyes transfixed on activity at the infamous airstrip, the rest of the media were far away, crammed into a courtroom in Pretoria.

On Monday morning, tweets about al-Bashir’s convoy and his great escape spread around the globe. They made a mockery of the government, which finally admitted about four hours later that the Sudanese president had left the country.

This modern media moment summed up the principles of old-fashioned journalism: specialist reporting, not following the crowd and breaking a leg to be in the right place at the right time. Sometimes, this means taking costly chances, like going on a fishing expedition and risking coming home without a catch.

These principles ought to be ring-fenced as newsrooms globally shrink under the ever-watchful eye of bean counters who are concerned about profit margins over all else.

As newsrooms have contracted and specialist reporters have become rarer, so too has there been a proliferation of public relations companies and masters of spin. In the US, there are about three PR agents to every journalist, and they are “better equipped and better financed”, according to a recent report in The Guardian.

Hoping to inveigle their way into the vacuum, PR companies are in the business of setting selective agendas and putting a gloss over impropriety. That is why pesky reporters need to be on the scene to observe for themselves, to seek balance and counter the sophisticated spin that can land up as a very distorted first draft of history.

Old-fashioned journalistic principles also need to be nurtured in Parliament, a hotbed of activity these days. This means covering the rowdy parliamentary sittings from the upstairs gallery and not relying on the parliamentary television channel in Joburg. It means taking the oversight work of portfolio-committee meetings seriously, although with 25 portfolio committees sitting at any one time, journalists are forced to make agonising choices about what to cover and what to overlook.

A sizeable team from parliamentary communication services offer a media service. But judging from many of the releases they bash out, you could be misled into believing that these multiparty meetings are harmonious affairs, when in fact robust dissent is usually the order of the day. Their reports are generally rubber-stamped by committee chairs, hence they reflect the views of the ANC majority, not the committee per se.

Perhaps this is why the DA – which operates a relentless 24-hour PR machine – often sends its own scribes to committee meetings to “cover” events and put their own spin on proceedings. The ANC has recently stepped up its media game, though its releases are all too often just another version of the parliamentary communication-service releases.

All these services have a role, but they cannot perform a watchdog role to ensure that those in power are held accountable. They cannot replace the real deal – actual bums on reporters’ seats at committee meetings, which are the engine rooms of Parliament, that play a crucial oversight role to those in power.

In the same way, news teams should not be held back from taking the time out to dig for dirt and drift away from the pack, just as Gibson – and Pretorius – did so splendidly this week.