Whites can be blacks 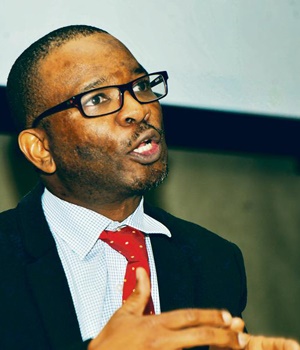 Much controversy surrounded the Spokane, Washington, head of African-American civil rights organisation the National Association for the Advancement of Colored People (NAACP), Rachel Dolezal, who presented herself as black until her parents “outed” her as white.

Some have been critical of Dolezal because they say she went black to obtain certain academic positions. The NAACP fired her for misrepresenting herself – not because she was white, or so it claimed.

But can a white person in fact be black? There are numerous cases involving light-skinned black people passing for white.

Dolezal satisfies at least one element of Steve Biko’s definition of blackness. “Blacks are all those who are, by law and tradition, discriminated against and identify as a unit towards their aspirations.” Biko wrote that “blackness is a reflection of a mental attitude – skin pigmentation has nothing to do with it”.

He was not entirely original in this political definition of race. As early as 1865, Tiyo Soga, who was married to a white, Scottish woman, had told his young sons to identify as black. The great Martinican philosopher and co-founder of negritude Aimé Césaire said: “Blackness is a historical experience; biology has nothing to do with it.”

These are the reasons I find the critics of black consciousness as race essentialism so deliberately dishonest and, therefore, disingenuous.

Its political definition of race allowed black consciousness to counter the apartheid government’s regime of divide and rule, especially in seeking to separate coloured and Indian people from African people.

The definition of black that includes Africans, coloureds and Indians in our Constitution cannot be understood outside of this achievement by the black consciousness movement. The ANC had always seen these “groups” as ethnically distinct, hence the existence of the coloured and Indian congresses.

But what about the argument that, while Dolezal may identify as black, she never experienced racism and, therefore, does not satisfy the first part of Biko’s definition? Fair enough. However, that does not preclude Caucasians who pass as black and live that experience from identifying as black. In her book The Sunburnt Queen, Hazel Crampton tells the story of a young girl who was saved from a shipwreck in 1784 by the amaMpondo in the Eastern Cape. She was brought up as a woman of the amaMpondo and married an amaMpondo chief. Crampton writes that there were hundreds, if not thousands, of Caucasians who became black through this form of acculturation.

Some might argue these children did not have a choice in the matter, but that does not alter the fact that their identity as black was not based on phenotype – skin colour. There were also many older white women who chose to identify as black because they had fallen in love with or married a black man. I had a friend in New York whose mother had to hide her white, Irish identity to stay with her husband.

There is no such thing as pure black or white by blood. In fact, scientists have shown that skin colour is the least important genetic variation among people. Blackness and whiteness exist only as political identities. Black consciousness made it possible for black people with complicated ancestries to identify such identities, while apartheid prevented the emergence of a national political community that acknowledged such miscegenation.

But how could Biko say blackness was not a matter of pigmentation when our treatment is so obviously based on skin? Biko’s view was that how you are defined by others is not necessarily how you define yourself – a lesson for everyone, particularly our children. It is not skin that gives us our identities, but our consciousness. Blackness may now not have the same meaning as it did under apartheid – and it has never had any one meaning throughout history.

Biko’s greatest relevance to our national life now may not be in his definition of blackness but his concept of a joint culture. Instead of a nonracialism that seeks to erase people’s historical experiences, such a culture would recognise that, as Biko put it, “we have whites here who are descended from Europe. We don’t dispute that. But for God’s sake, it must have African experience as well.” He insisted that “the culture shared by the majority group in any given society must ultimately determine the broad direction taken by the joint culture of that society. This need not cramp the style of those who feel differently, but on the whole, a country in Africa, in which the majority of the people are African, must inevitably exhibit African values and be truly African in style.”