Battle is not over: It is time for Cyril to prove he is an asset 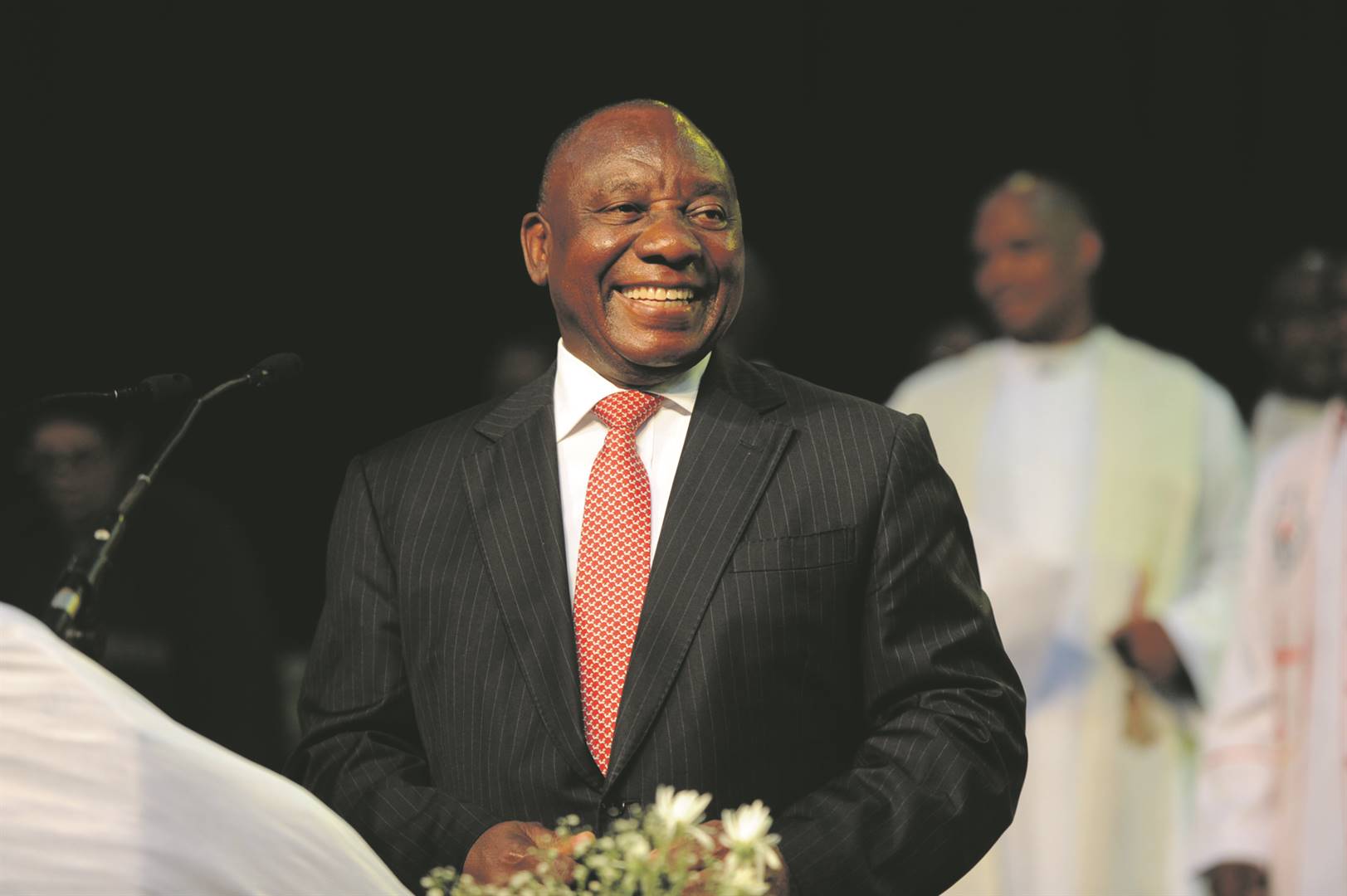 Whenever President Cyril Ramaphosa talks about corruption and the type of leadership we need, his body language changes.

He looks like someone hurting inside, revolting against the extent to which corruption and poor leadership have eaten into our sacrosanct constitutional values.

One can almost feel his heartbeat change once he starts touching on this subject.

It appears that, if he had it his way, he would just wipe out the entire cohort of unethical leaders engaged in this callous betrayal of our freedom.

And it is not easy that he faces a low-intensity revolt within his party and there are no certainties about his future.

In recent days social media and the media in general have been the stage used to rehabilitate the pre-election old habits of slander and vilification of one comrade by another comrade.

The lull of the elections has come back to life starting with the question about whether the ANC election has his fingerprints on it or not.

One senior leader described Ramaphosa as an asset. Quite weird that it has become such a big issue as to who contributed to the outcome of the elections.

As if this is not enough, men working at the ANC headquarters expanded the scope of the revival of the old habits by tearing one another apart on social media.

Apparently, with elections done and dusted, the immediate task is to deal with some identified crook sharing the office space at the headquarters.

Surely, the new dawn they want to see is one free of malfeasance?

Just before the elections, an explosive book was published about the secretary-general of the ANC, detailing some disturbing issues.

It attracted, among others, a call from the “kindergarten” in the Free State for copies of the book to be burnt for the lies it tells.

The secretary-general has vowed to take legal action to deal with the book.

The author and publishers are not backing off. Amid all these, the ANC chairperson put fuel to fire when asked by a journalist whether the secretary-general was a liability.

He answered rather that the president was an asset. The fact that he would not answer the specific question or at least refuse to answer it using the “no comment” refrain tells a story of its own.

In a sense it appears that the nation is back to square one. The internal wrangling in the face of a deepening calamity of poverty, unemployment and inequality seems set to continue.

With the country awaiting the inauguration of the president and the appointment of a new Cabinet, the nation might be starting to feel less optimistic in the face of these ongoing petty squabbles.

The elections are now water under the bridge and the ANC is now expected to represent and advance the national interest as the party responsible for forming a government.

The temporary status of the ANC as just a political party contesting elections ended when the results were declared. Its role has changed to its being the government and nothing less.

Two important events amid all this took place.

The mayor of the eThekwini municipality was arrested on allegations, including corruption estimated at more than R200 million.

She is out on bail with stringent conditions, including being prohibited from interacting with various categories of staff of the municipality.

It seems she can only greet them but cannot ask for reports and sit with them in meetings or even seek their advice on matters falling within their functional areas.

The other event is the withdrawal of Gift of the Givers from the Makhanda municipality where the organisation was engaged in interventions to help with the water crisis.

Abahlali baseMjondolo issued a harrowing statement after the mayor’s arrest. The Gift of the Givers also issued a depressing statement on its withdrawal.

Both statements paint a common picture of what appears to be the scary consequences of the complete loss of moral courage.

The Abahlali statement details the history of a downtrodden section of society at the receiving end not only of a lack of access to basic services but also the brutality by the government towards them.

It details many instances of death, which the organisation calls assassinations, of its leaders and comrades.

It details a state of complete detachment of a government from the people and expresses its reserved joy at the arrest of the mayor.

It states how its struggles for a decent life have been hijacked by what it calls gangsters and mafia who looted the resources which should be changing its members’ lives.

Short of saying that this is an unbridled show of corruption, the statement points to the realities of some being paid for the work done by others.

In the case of the eThekwini mayor issue, the internal ANC squabbles have come to the fore. The local kindergarten has called for the city’s mother to step down.

That is like when your own children see something terribly wrong with the parent and cannot hide their feelings.

Their calls do not start now, though. The mothers of the children have rallied behind the city mother describing her arrest as political and targeted at her because she is a woman.

The timing of the arrest is being questioned by others as well.

Those who observed the posters on the buses might wonder at whom the anticorruption message was directed. Maybe it was meant for others in the Animal Farm theory of equal and more equal.

As we enter the real new dawn, pertinent questions must be asked about whether the presidential message has in fact found resonance with all the members of the ruling elite and whether the new dawn also includes upholding a high standard of moral and ethical leadership.

Recent statistics have revealed the true calamity of the increasing unemployment especially among the youth. No doubt the poor and the unemployed youth want to see a true and real new dawn.

Surely, the new dawn they want to see is one free of malfeasance?

The president has declared his new dawn free of malfeasance and other forms of corruption.

The obvious question is whether, in the present circumstances, this can be realised. One would have hoped the election was a wake-up call, as the president said.

One would have hoped that indeed the ANC heard the cries of the nation about the devastation corruption and mismanagement caused in their lives.

One would have thought that the ANC is still reeling from the shock of an ongoing decline in its electoral fortunes.

More than anything, one would have thought that indeed the ANC is humbled to be given a second lease of life by the electorate.

There might be something about the timing of the arrest of the mayor. There might also be undercurrents and she might indeed be targeted because she is a woman. All of these must not be discounted.

However, they give no answer to the serious allegations with which she is confronted. Indeed she is innocent until proved guilty.

However, moral and ethical courage is not a matter of a court of law. It is about the conscience and morals of a nation.

The issue is now less about the internal wrangling within the ANC but about the nation. No doubt, as in any family, there will be squabbles.

What must be rejected with contempt is that internal ANC squabbles continue to inflict pain on the people.

As the president heads to the inauguration and the state of the nation podium, he might have to answer what he did with the mandate he asked for from the nation.

He implored the nation on the Thuma Mina exhortation. The nation obliged.

The people of Makhanda might pay the people who rendered no service and might remain without water.

The people of eThekwini might remain settled with a mayor who cannot talk to her staff.

The ANC head of elections might be preoccupied with removing his identified crook from the ANC headquarters.

The secretary-general might become too busy to fend off the gangster state allegations as the kindergarten ones continue with their public sparring and senior ANC leaders their social media boxing.

Mannya is an advocate and former public servant

President Cyril Ramaphosa has a tough task ahead of him. His detractors have already made it clear they do not support him. Do you believe he is the right man for the job? Will he lead us out of the quagmire that is South Africa?

Related Links
Ramaphosa to investors: We will expropriate land, but fear not, we have a plan
Focus on Ramaphosa’s economic reforms amid ANC's premier candidates
Ramaphosa celebrates election results, ‘the vibrancy of our democracy’
Share
Next on City Press
Women can code too - How to pursue a career in AI and analytics