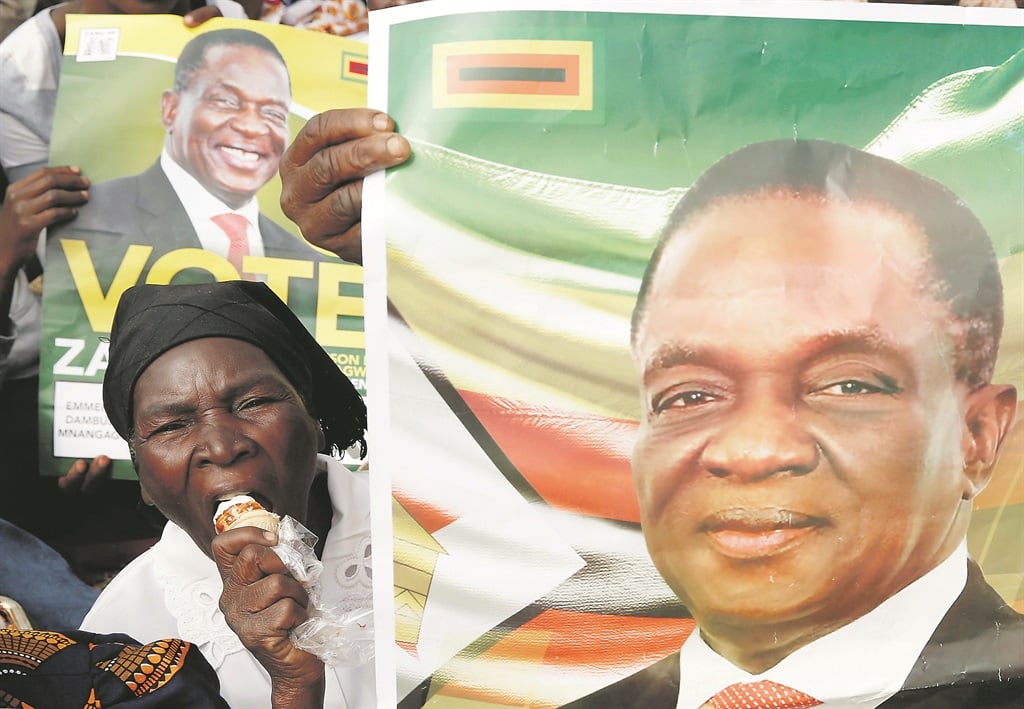 I know many Zimbabweans in the diaspora. I am one of them.

Many such exiled Zimbabweans have written public break-up letters with the country of their birth and “filed for divorce” because the relationship had become too “toxic”. With each passing election, nothing changes despite all the promises. Yet with every election, that tortured relationship is rekindled with hope. Perhaps this one will deliver the chance to return home.

You see, no one likes being far from home. Even with all the sweet trappings of life abroad, and in spite of everything that drove them out in the first place, for some, in phone calls home, members of the Zimbabwean diaspora still always ask: “Kwanaka here tichidzoka? (Are things now alright for us to return?)”

This election on July 30 is no different. Among many of us, hope for change has been revived. We saw historic change when the man who led Zimbabwe to this crisis point was sent packing. That political change inspired new hope that we might now finally have arrived at a turning point for real change in our lives. Hope that perhaps this election will deliver a better economy. That maybe, with this vote, we can return home. Possibly now, after this poll, the roads will be fixed, things will work. Imaginably after the vote is done, there will be jobs and we shall all pack up our belongings, fill airports, bus stations and train stations with our “diaspora children”, and end this business of monthly cash transfers to support families left behind. That we can at last bid goodbye to those tags: “illegal immigrants”, “documented foreigners”, “economic refugees”, “political violence victims”. We are people, we are from somewhere, we have a country and many of us want to go back to it. These are our collective hopes. Teldah Mawarire is a Zimbabwean and an advocacy and campaigns coordinator with global civil society alliance Civicus.

When the nation votes in these presidential and parliamentary elections, it will be the first time that the familiar face of former president Robert Mugabe is not featured. With his raised fist and giddy smile, Mugabe was on the ballot in every election for 37 years; on the election campaign posters, in state media, on billboards and buses, on T-shirts. He was everywhere.

Now we have a new face, that of Emmerson Mnangagwa, Mugabe’s longtime ally … until he was fired, which triggered a coup (that was not really a coup). We were euphoric and free at last from the clutches of his predecessor Mugabe and all the suffering he orchestrated. Fellow Africans envied us. Our military coup was clean and educated, they said. That’s what many among us thought. The goal was to be done with Mugabe – understandably so – by all means necessary. But that exhilaration has long died down now. Coups, even the civilised ones cloaked in intelligence or education, rarely deliver freedom.

The election could again crush so many hopes. But still we hope. That is the human (and Zimbabwean) spirit. We live in constant hope.

This coup has changed little. There are fewer police harassing citizens on the streets and fewer arrests of human rights activists. There are more business deals on paper being signed with investors. But that’s about where it ends. The enabling mechanisms for repression by the past brutal regime are still in place; they are more rooted. The laws have hardly been touched, the economy is still on its knees, and the country has no active currency yet is still dabbling in the strange and dubious practice of printing “monopoly money” – banknotes that have no value and cannot be used or exchanged anywhere outside the country. Zimbabweans are barely coping.

Civicus Monitor, a tool that tracks threats to civil society in countries worldwide, rated Zimbabwe as “repressed” before the coup. It remains repressed and is just one step away from the lowest rating – closed – a rating applied to only one other country in the Southern African Development Community, the Democratic Republic of Congo.

The soldiers are now even more entrenched in government business, claiming to be assisting the police. But this time they are careful not to brutalise citizens. Those images of bleeding Zimbabweans will not be good publicity for the new government. The election is a legitimacy stamp needed by the military regime. They will need to secure the poll neatly, an exercise that is not difficult, given the uneven playing field.

Still we have hope. Revolutions sometimes come when they are least expected. So transportation companies will make considerable business as the hopeful among us Zimbabweans trek home to join our compatriots in voting. The election could again crush so many hopes. But still we hope. That is the human (and Zimbabwean) spirit. We live in constant hope.

Talk to us
Will the elections outcome finally improve life for Zimbabweans? SMS us on 35697 using the keyword ZIM and tell us what you think. Please include your name and province. SMSes cost R1.50

We live in a world where facts and fiction get blurred
In times of uncertainty you need journalism you can trust. For only R75 per month, you have access to a world of in-depth analyses, investigative journalism, top opinions and a range of features. Journalism strengthens democracy. Invest in the future today.
Subscribe to News24
Related Links
Zim poll: The bar for success is low, the stakes are high and it’s a close race
‘Things can boil over’: Solidarity group wants a legitimate election in Zim
Come home and help rebuild Zim – Mnangagwa to Zimbabweans in SA
Next on City Press
Modidima Mannya | No honour in supporting corrupt friends