Dashiki | If music be the food of life, play on 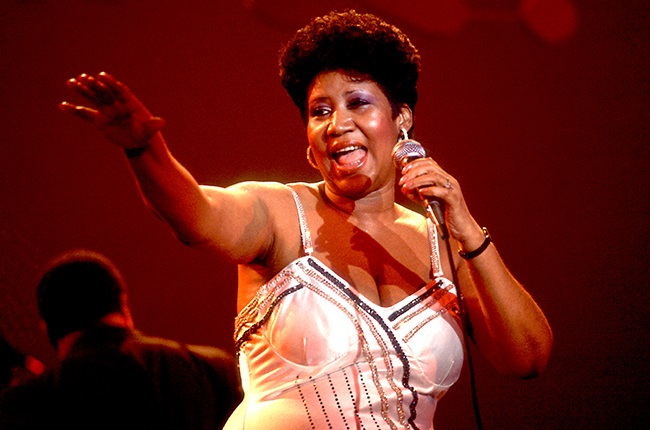 The only time I saw Aretha Franklin performing live was in 2012 at Radio City Music Hall in New York in the US.

As someone who had covered the arts early in my career, getting to watch the world’s great singers – from Michael Jackson, Al Jarreau and George Benson to Sade Adu, Lady Gaga and Bruce Springsteen – Franklin’s performance confirmed what I’d always known to be true: she is the greatest vocalist of all time.

Mind you, in 2012, at age 70, she was very old; but, boy, could she still hold that note. When Rolling Stone, arguably the most authoritative publication on pop music, listed Franklin as the greatest singer of all in a recent poll of the world’s 200 best singers over the past 100 years, I was not surprised.

The magazine said: “A force of nature. A work of genius. A gift from the heavens. Aretha Franklin’s voice is all that and more, which is why she remains the unchallenged Queen, years after her final bow. Her singing is the most magnificent sound to emerge from America – more universal than [John] Coltrane’s horn, bolder than [Jimi] Hendrix’s guitar. She blew up worldwide with her 1967 hit Respect, claiming her throne as the greatest pop, rock or soul singer ever.” As Mary J Blige told Rolling Stone: “She is the reason women want to sing.”

READ: Ten things you might not have known about Aretha Franklin

It was reassuring to see that Whitney Houston was at number two and Mariah Carey at five. To arrive at their conclusions, the judges looked at the singers’ vocal dexterity and range.

Speaking of vocal range, I was surprised and disappointed that, at number 100, Elton John was way behind country hitmaker Johnny Cash, who sits at number 85. Cash was a musician with his political heart in the right place, but I can’t even call him a vocalist. He told his stories – he never really sang – in a monotone.

Bob Marley sits at number 98. No problem with that. Marley was a great songwriter, a revolutionary poet, but he lacked the vocal virtuosity and finesse of fellow reggae musician Dennis Brown, who sits at number 67.

I was happy to see Senegalese singer-poet Youssou N’dour at number 69. That man can hit the highest notes and make his voice sound like anything from a saxophone to a violin.

From South Africa, Miriam Makeba clocks in at 53. Some locals will ask why Busi Mhlongo, with that mellifluous and dexterous voice, is not included on a list that puts our Simon “Mahlathini” Nkabinde at 153. Mhlongo was a better singer than Mahlathini, surely.

I am so looking forward to the debates around this list because, like religion and politics, debates about music get people hot under the collar.

So, if music be the food of life, let the fights begin.