Dear Mr President. I challenge you to make a lasting change 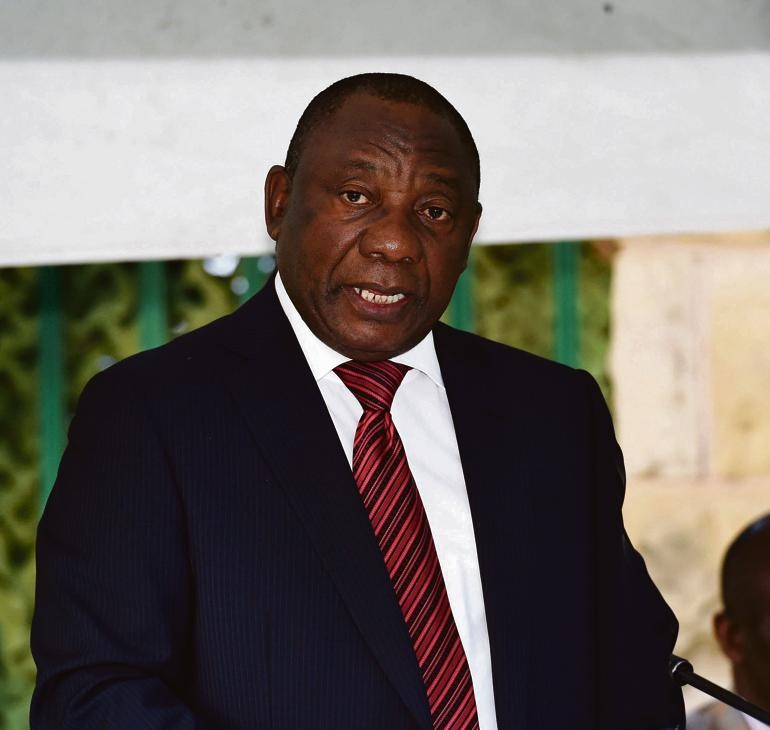 You have recently challenged South African men to take responsibility for the deluge of attacks on women and children, including rape and murder, that have plagued our country for so long and that now seems to have gotten out of hand.

My first reaction was: “How on earth could I possibly take responsibility for something I have not done?”

Someone suggested that you only had those men in mind who are in fact guilty. But I am rather convinced you meant that South African men should take collective responsibility for this tragedy – much as whites were supposed to do after the demise of apartheid.

That brought me back to my original question: Just how do I take such responsibility?

My first thought was that I would write an article on the issue, trying to identify and analyse the problem, and then suggest some possible solutions. However, such an article would, at best, be read by a tiny minority of the population – and even then, its effect (if any) would last for only a few days.

I have therefore discarded that option, if only for the foreseeable future.

As I realised that actions would be more important than words, my next question was what other steps I could take to make a difference of sorts. I eventually decided upon the tiniest of all actions: I would have T-shirts printed with the words on the front reading, I respect women & children, and at the back the question, Do you?

I have decided on this wording because I believe that respect for people (in this case, women and children) is a core value that should lie at the very heart of any healthy society – and that the constant surrendering of this value (i.e. disrespect for people) lies at the very root of the problem.

So then: From now on, people seeing me in public would be challenged to think about their own values, attitudes, actions, and commitment in this regard.

I realise, though, that I live in a small rural community and that, wearing my T-shirt, would have minimal or even no impact on the broader South African society. Just a drop in the ocean, it would be. However, I have always believed that it is better to be part of a solution than of a problem (in this case meaning doing nothing and keeping quiet about those atrocities).

Be that as it may, this brings me to you, Sir. What if, in all humility, I return the favour (so to speak) and put a challenge to you as well?

Read: 10 things you need to know about Ramaphosa’s plan to fight gender-based violence

The challenge is for you to ask Parliament (read: the people) to fund a project to print a total of 46 664 such T-shirts per province and have them distributed to each and every city and town of our land.

The effect of this could be far-reaching – and could span over years and even decades. Just imagine nearly half a million men identifying with and carrying out this message to the whole of our population, and for such a long time, at that!

After government has funded such a project, I am sure South African shops like Spar, OK, Pick n Pay and others would respond favourably to a request of yours to have these T-shirts distributed to all its outlets country-wide for free – where these T-shirts would be handed out, also for free.

Dear Mr President, such an investment could have a lasting, positive influence on the country – and you would be seen as the one with the foresight to make this happen.

This challenge does in no way eliminate the efforts of others and neither is it meant as the only possible way forward. It also does not pretend to be the ultimate solution to this daunting problem. What it does represent, though, is a serious attempt to make the whole of South African society aware (and keep them aware) of these atrocities that are fast eroding the very moral fabric of our society – and simultaneously to present men countrywide an opportunity to voice their concerns publicly.

So many people have said: “Enough is enough!” So let’s put our hands in our pockets and put our money where our mouths are.

I leave this matter in your capable hands, Sir, with the thought that, at least, I have heeded your call and tried to make a difference. As for me, I would rather err on this side than to keep quiet and do nothing.

Related Links
In the wake of student deaths, varsities work on a plan to stop femicide
DA MPs walk out as femicide debate divides the party
Cele calls for every man in SA to be put under the microscope as Uyinene is laid to rest
Share
Next on City Press
Mondli Makhanya | Cyril Ramaphosa is nothing more than a government spokesperson