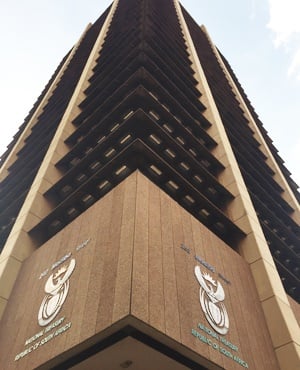 President Cyril Ramaphosa has in recent times been faulted for being big on vision, but lacking the balls to take tough decisions, especially on the economy.

But finally he is beginning to act. Business Day reported this week that Treasury has told government departments to draft plans to slash their budgets for the next three years, beginning with a 5% cut in 2020 and 6% and 7% for the following years.

These proposals are in Treasury’s midterm expenditure framework technical guidelines and are aimed at steering departmental budget proposals.

Such action was almost inevitable as the government has been under pressure to reduce spending as tax revenues decline.

However necessary and unavoidable, the government should not apply a one-size-fits-all approach.

For example, it has been pointed out that such an instruction for the SA Police Service means that in three to four years it could lose as many as 23 000 police officers.

For a country with such an endemic crime problem, this is a horrifying prospect.

If anything, the government should increase the police force, rather than reduce it.

We agree with the DA that instead of cutting personnel the government should look at cutting VIP protection costs.

The VIP protection budget allocation amounts to about R10 million per individual, per year, with an approximate Cabinet cost to taxpayers of R631 million annually.

This, of course, was not helped by the fact that, when he had an opportunity after the elections, Ramaphosa failed to cut the size of his executive.

Not every minister, deputy minister or MEC deserves to have bodyguards following them all day, including as they buy groceries or while quaffing at their favourite watering holes.

VIP protection should be provided on the basis of a security threat assessment. South Africa requires more boots on the streets than being appendages to politicians.

The overall principle of containing costs amid a weakened economy and shortfall in revenue is a sound one.

But the measures must be practical and explore comfort areas that have for years been taken for granted.