Happy women’s day – what a shame about SA 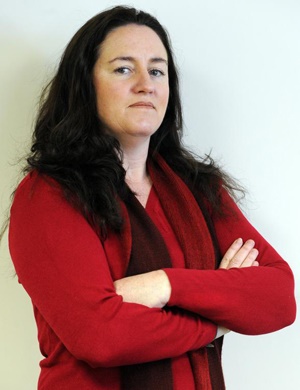 Just for clarity the point of the March 8 day is to “celebrate women’s achievements throughout history and across nations. It is also known as the UN day for women’s rights and international peace.”

So, while South African women smart from the insult of having patriarchy’s poster girl Bathabile Dlamini take over the portfolio for women in the presidency, we will have to be content with celebrating the small and large victories of our sisters abroad.

Closest to home and largest of all, the Mo Ibrahim Foundation awarded its prize for Achievement in African Leadership to President Ellen Johnson Sirleaf, the first woman leader of Liberia and on the continent. She is also only the fifth recipient of the prize in history, showing – with bells on – that if you elect principled women, they will change the world for the better.

Iceland too has a leadership milestone to celebrate – not only did they swear in Katrín Jakobsdóttir, their second female prime minister last year, she’s 41 years old and has the second most gender-balanced Cabinet in Icelandic history.

She has also been voted the most trusted politician in Iceland two years in a row.

Meanwhile, in June this year Saudi women finally will be “allowed” to drive. Said Princess Reema Bint Bandar Al Saud, the first woman to be elected to a position equivalent to a ministerial post, it is just the beginning. The goal, in the deeply bigoted country, is to get to a place where women are safe in their homes and able to fulfil their desire to pursue any career they want.

These two goals are ones that we, with the world’s most admired and progressive Constitution, have been unable to achieve. Women, especially in rural areas, are held back in school by simple things, such as not being able to afford sanitary towels, and a staggering number of women aren’t safe in their own homes – or on their own streets, or anywhere.

We’ve had a ministry in charge of “women’s rights” for almost a decade, which appears to write slogans for 16 Days of Activism in November and arrange a lunch in August. It hasn’t even managed to get sanitary towels zero-VAT rated.

So, while South Africa’s minister for women is infamous for saying women are “too emotional” for leadership, the rest of the world’s women – even countries centuries behind in women’s rights – are leading the way.

Choose a newsletter
Voting Booth
How do you feel about reports that South Africa made generous donations of “medical material supplies” worth tens of millions of rands to the Cuban government?
Please select an option Oops! Something went wrong, please try again later.
SA should come first
75% - 18 votes
Gesture of good faith
0% - 0 votes
SA has Cuba's doctors
25% - 6 votes
Previous Results
Podcasts
Podcast | How to track your financial progress