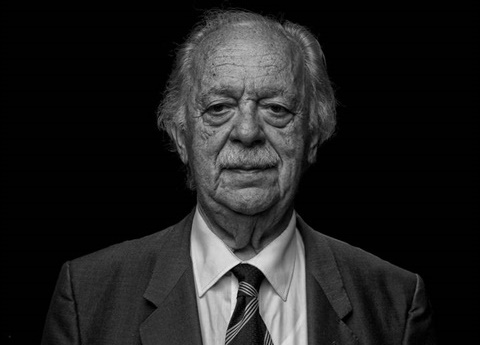 Anti-apartheid lawyer George Bizos, who passed away this week, leaves behind an illustrious legal legacy.

However, when one thinks of the various political trials he was involved in and the array of human rights issues about which he was vocal, there are three words he used that really stand out: “If needs be.”

Those who interacted with Comrade Bizos knew that he loved telling stories, particularly the one about how he persuaded Nelson Mandela to add those three words to his famous concluding remarks from the dock during the Rivonia Trial.

Those words now remain etched in our history, embedded in one of the most iconic speeches ever delivered by an accused in a South African court: “During my lifetime, I have dedicated myself to this struggle of the African people.

“If needs be” may sound like a simplistic intervention in a grand speech, but Bizos was of the view that it made a significant difference in the decision to hand the Rivonia Trialists a life sentence, instead of condemning them to the gallows.

There’s a great lesson to be learnt from this – sometimes the smallest interventions are required at important moments to have a lasting impact.

Bizos understood the moment, the law, the implications for the broader struggle against apartheid if the country’s leading revolutionaries were hanged, and the strategic intervention that could give the accused even the slightest chance of escaping a death penalty.

Today, as we reflect on Comrade Bizos’ contributions – big and small – we, too, need to focus on the simple, yet impactful interventions we must make to shift society forward.

Read | Graça Machel: Madiba and George were two souls with an uncompromising zest for justice

There is no doubt that South Africa, at this moment, is at a crossroads. Daily, there is almost tangible tension in the air as various forces tug this way and that, trying to consolidate power bases within and between political parties at all levels.

The Covid-19 pandemic has exacerbated the shrinking of an already strained economy. Socially, there is a barrage of horrific news, from gender-based violence and the shocking assault of one school pupil by another in KwaZulu-Natal, to the killing of a youth activist in Finetown and police in Eldorado Park being charged with the murder of teenager Nathaniel Julies, who could not answer their questions.

I have cherished the ideal of a democratic and free society in which all persons live together in harmony and with equal opportunities. It is an ideal which I hope to live for and to achieve. But, if needs be, it is an ideal for which I am prepared to die.
Nelson Mandela during the Rivonia Trial

Underpinning this deepening sense of crisis are examples of the state being unable to deal with lawlessness: its ineffectiveness in breaking up criminal syndicates duping the poor and vulnerable into paying for land not conducive for housing, and its failure to react appropriately after millions had been siphoned from Covid-19 emergency funding.

It is perhaps this issue that has really tipped the public barometer of anger – that, as ordinary people lost jobs and went hungry, the corrupt in the public and private sectors stole millions of rands meant for saving lives.

Today we are poised between several forces: those behind capture and corruption, who – in their quest to save their own skins and ensure that their personal taps do not dry up – will prevent a reform agenda at any cost; those pretending to back a reform agenda, but in reality simply seeing an opportunity and believing that it is their turn “to eat”; and those who are honest, struggling to hold together the state and champion its rebuilding after years of capture.

It is now that we need to ask ourselves: What should our simple, yet significant contribution be to this equation? What can we say or do that will strengthen those who are honest and accountable, and who want to fix the state?

How can we express outrage at the looting of Covid-19 resources? How can the public support calls for transparency in all Covid-19 contracts and swift consequences for looters?

Drawing inspiration from a moral call by the SA Council of Churches and several foundations, a growing list of more than 60 organisations has supported the #OrangeMaskFridays campaign.

It includes, among other entities, the Active Citizens’ Movement, the Ahmed Kathrada Foundation, the Council for the Advancement of the SA Constitution, trade union federation Cosatu and the Legal Resources Centre – for which Bizos worked from 1991.

This campaign is a simple one, yet, like Bizos’ crucial three words, it aims to have a significant impact.

It calls on the public to make a statement every Friday against Covid-19 corruption by wearing an orange mask. This mask, which could be self-made or sourced from supporting local sewing co-operatives, simply needs to be orange in colour. This represents the orange overalls that Covid-19 looters should be wearing.

Over Heritage weekend, organisations, faith-based institutions, labour movements, communities and businesses are urged to engage in some form of activity – such as pickets, carcades or online seminars – to raise awareness about Covid-19-related corruption.

The campaign will culminate on December 9 – International Anti-Corruption Day.

The initiative comes at a time when forms of public mobilisation are curtailed due to Covid-19 restrictions. Yet, in its simplicity, it aims to galvanise the public to visibly demonstrate their anger about how state funding was looted during this crisis.

It also encourages the use of social media, using the campaign hashtag #OrangeMaskFridays, to amplify the message.

How does one reconcile the understanding of available resources in the face of the rampant corruption that we have seen taking place?
George Bizos

This campaign is complemented by the practical work of civil society organisations in analysing Covid-19 procurement information that has already been made public.

The Covid-19 crisis has highlighted systemic inadequacies in our society, but also gives us an opportunity to begin setting precedents for addressing them.

The future of the country

At its heart, this campaign is really about the future of our country and whether the looting spree will continue until there is nothing left to eat, or whether we can recoup what was stolen, protect what remains in the fiscus and ensure it is used to benefit society.

As Bizos himself articulated in a speech in 2016: “The inclusion of justiciable socioeconomic rights in the Constitution was a significant milestone, subject to the qualification of progressive realisation and availability of resources.

The goal requires the state to improve the enjoyment of socioeconomic rights to the maximum extent possible, even in the face of resource constraints.

“But how does one reconcile the understanding of available resources in the face of the rampant corruption that we have seen taking place? We are entitled, as we were promised, to demand openness, transparency and accountability from all, even those in the highest echelons of government, if we are to enjoy the ideals that were so hard won.”

As citizens of this country, we may not all have the legal expertise and overwhelmingly courageous spirit of Comrade Bizos, but we do have an opportunity to learn from this giant of our struggle.

We can make a simple statement today that will have a collective impact in protecting state resources meant for developing the society that Bizos and his counterparts envisaged when drawing up our country’s Constitution.

Make a contribution and wear your orange mask!

Bolton is executive director of the Ahmed Kathrada Foundation. For more details about the campaign, visit the Stop Covid-19 Corruption Facebook page

We live in a world where facts and fiction get blurred
In times of uncertainty you need journalism you can trust. For only R75 per month, you have access to a world of in-depth analyses, investigative journalism, top opinions and a range of features. Journalism strengthens democracy. Invest in the future today.
Subscribe to News24
Related Links
Remembering Biko and Bizos, and their sacrifices to end discrimination in SA
In pictures | George Bizos: An amazing life
Renowned human rights lawyer George Bizos dies
Next on City Press
Shalapo Kaunda

view
Voting Booth
Tourism Minister Mmamoloko Kubayi-Ngubane will act as health minister after President Cyril Ramaphosa placed Health Minister Dr Zweli Mkhize on special leave while the SIU completes the probe into the irregular Digital Vibes contract. What are your thoughts on this?
Please select an option Oops! Something went wrong, please try again later.
Special leave is a whitewash.
39% - 136 votes
SA’s tourism sector needs undivided attention.
4% - 14 votes
Let's wait and see
9% - 31 votes
What is the point of deputy ministers?
48% - 170 votes
Previous Results
The best of 2020
Can you guess who featured in our most popular articles from 2020?