Julius Malema: Forward with the revolution 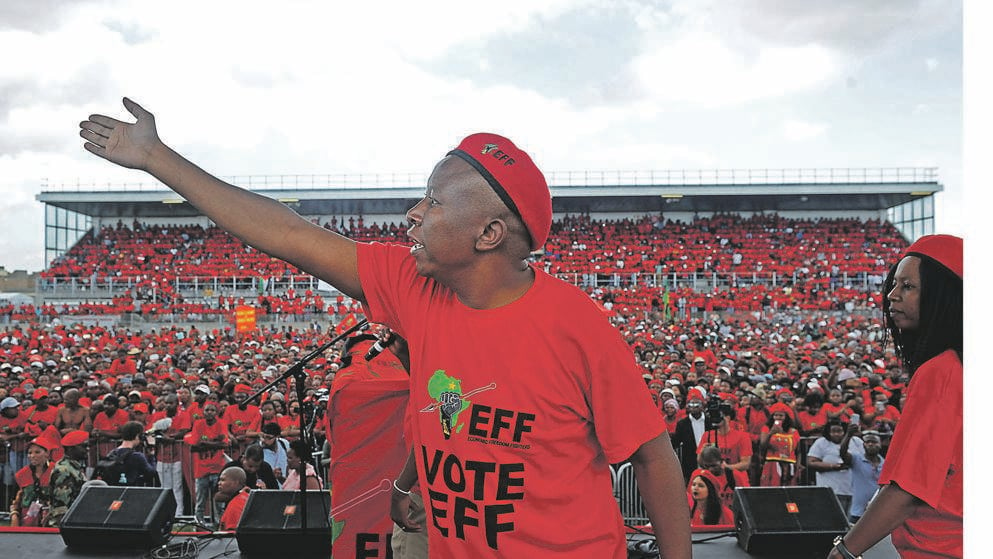 As the EFF celebrates its sixth birthday, leader Julius Malema reflects on its past trials and triumphs, and calls for continued resilience.

July 26 is a significant date in the history of leftist revolution across the world.

It marks the day of the famous onslaught against tyranny and imperialism in Cuba, led by Fidel Castro and a group of combatants.

Their actions were the beginning of more significant socialist victories to come and inspired socialists across the world that, armed with ideas and conviction, no injustice can stand.

It is from this movement that the EFF draws inspiration and ideological guidance.

On Friday, this influential and impactful movement entrenched itself in the history of socialist struggle by celebrating its sixth anniversary in existence.

It is in the spirit of resistance of the few against powerful capital interest that the EFF draws its militancy and sustains its ideological conviction.

The EFF is founded on the backdrop of a rupture in the post-apartheid dream, where we witnessed 34 innocent mine workers massacred by capital in collaboration with the former liberation movement.

It was at this moment when we realised that South Africa was in need of a liberation movement, as the one that had carried the hopes and aspirations of our people during apartheid had effectively abandoned its duties the moment it categorised the downtrodden masses, who were demanding dignity, as criminal elements.

Seven years later, the blood and pain of that moment remain with us, and the struggles of our people across all sectors of society continue.

Our people are subjected to exploitation in their workplaces; racists kill our children and claim they mistook them for monkeys; and the corrupt ruling political regime continues to be in bed with imperialism, allowing the wealth of this country to remain in the hands of the few.

We can confidently claim that since that fateful assembly in Uncle Tom’s Hall in 2013, under the Leninist question of “What Is to Be Done?”, nothing has been the same in the country.

Politically, the EFF has woken up South Africa from unconsciousness. Our role in Parliament has been to push the arena to its limits.

Exposing the corruption of a state comprised of businessmen who are in business with themselves, and agitating for legislative change that will alter the realities of our people to make sure there is equal distribution of wealth in the country.

At a grass roots level, the EFF has reawakened the attitude of protest and active resistance, resulting in fear in the hearts of oppressors whenever they see the red beret.

It was the EFF that unmasked former president Jacob Zuma through its robust #PayBackTheMoney campaign.

It ensured that a corrupt individual who had subjected our beloved nation to the greedy interests of families and factions was made to account and reimburse the nation with the much-needed money that could be used for social welfare.

It was the EFF that led robust interventions in Parliament against corruption, state capture and the collapse of our state-owned enterprises (SOEs), while being beaten and victimised for principle.

In the end, the ideas and principles of the few were proven correct and the corrupt head of state was removed before his term came to an end.

Today we have a commission of inquiry into state capture, which has been established to verify the very claims the EFF continued to make in the fifth democratic Parliament.

This has been through the blood and sweat of a brave few who stood when it was unfashionable to do so.

One of the most notable victories of the EFF has been its ability to bring the land question back on to the table of politics.

It had been a sensitive issue that no formation wanted to touch, yet on the emergence of the EFF, even the former liberation movement was forced to put it on its agenda.

This has been a sign that as an organisation, popular grassroots struggles are part of the fabric of our approach to both governance and activism.

As unfashionable as it has been, we have remained guided by the Freedom Charter on our approach to the land question and the economy, with our programmatic agenda regarding land outside of the legislative process being the rallying cry of the occupation of land by our people.

As a result, many communities have been established since the establishment of the EFF. We remain proud as this is an agitating step in the right direction.

Today, we sit having achieved the monumental victory of beginning the process of the amendment of the Constitution to allow for the expropriation of land without compensation.

The victories of the past six years were unimaginable before the existence of the EFF, and were struggles that so-called unions and old liberation movements had failed to champion.

Since the arrival of the EFF in the political terrain, we have witnessed large-scale insourcing of workers not only at institutions of higher learning, but across metropolises such as Tshwane and Johannesburg, particularly in the security and cleaning sector.

Many departments and even SOEs have been given directives to insource. This is a direct blow to capital and its tender system, which stifles state capacity to conduct its own affairs.

The EFF is the only political organisation that stood with the brave and selfless students of the #FeesMustFall generation while they were being victimised and criminalised by an uncaring government for making a genuine call for free education.

Today, even though true free education has not been attained, we ensure that hundreds of thousands of students are registered for free across the tertiary sector yearly, and that no one is stopped from accessing education owing to not being able to afford it.

The arrogance and laziness that existed within government, particularly by the ANC, is now a thing of the past.

Gone are the days when the party could claim to be confident in governing until Jesus returned, as it has been humbled by the growth of the EFF.

The existence of the EFF gave us the historic moment when we witnessed the ANC losing power in three major metros in the country, a show of the lack of faith our people had in the party.

We continue to face baseless attacks for our victories and policy perspectives that unsettle the status quo.

Our views on land, the economy, tax avoidance and illicit financial flows, and our consistent position on anti-corruption have made us enemies of the establishment.

We are today witnessing the right-wing elements of all political parties, particularly the ANC and the DA, coming together and exposing their true identity as parties that are owned and run by white monopoly capital.

This unity seeks to oppose the only leftist force and the only hope for the hopeless masses of our people.

Our consistency has placed us directly at the doorstep of capital, and it is responding aggressively. As we continue to grow, we must remain unshaken.

It is an organisation that owes its loyalty only to the dejected masses of our people, and it is them who continue to give us an increased mandate to represent them and continue the work we have been doing.

The EFF has been able to give our people a voice to fight for their dignity and pride in their black identity.

It has for the past six years been a weapon for material change and a threat to oppression and subjugation wherever it rears its ugly head.

The membership must remain grounded, revolutionary and principled.

As we enter the next phase of our struggle, maintain the spirit of no retreat, no surrender, and victory is certain.

Malema is leader of the EFF

How do you feel about the EFF? Has the party shifted the political landscape in SA? Do you think it is a revolutionary party, or a reactionary party?

SMS us on 35697 using the keyword EFF and tell us what you think. Include your name and province. By participating, you agree to receive occasional marketing material

Related Links
Gordhan’s next target is Lindiwe Sisulu – Malema
‘Victory’ as Malema takes ‘apartheid’ Riotous Act to ConCourt
‘We do not want elitists in the EFF’: Malema
Share
Next on City Press
The West may have to fight each other off for African labour to sustain welfare states