Land question must be addressed 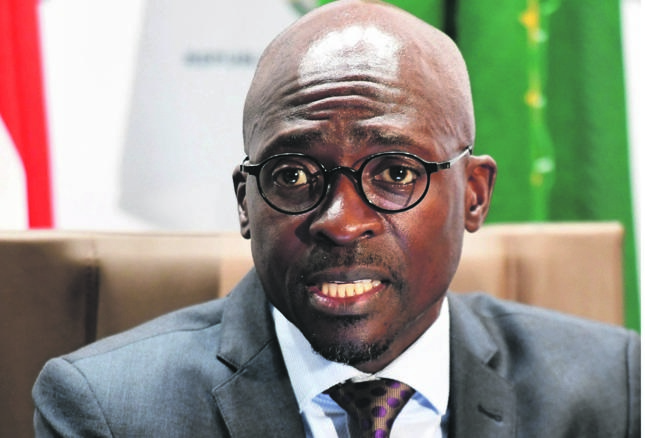 The pamphlet of the Thabo Mbeki Foundation has focused attention on the interconnected questions of land and the national question in South Africa. It takes the view that the ANC’s 54th national conference erred in its “expropriation without compensation” resolution and departed from the party’s historical approach to both the above questions.

From the outset I wish to contend that this pamphlet creates an artificial dichotomy between addressing the genuine plight of black people and the principle of nonracialism. Nowhere in its historical policies does the ANC argue that for South Africa to be nonracial, black people must first forgo their legitimate claim to total emancipation and social justice and merely be content with civil rights.

The issue I wish to focus on is the importance of a radical approach to land reform.

The fatal weakness of the foundation’s pamphlet is that its entire focus seems to be minority fears and not majority grievances
Malusi Gigaba, South African home affairs minister

It repudiates majority interests by asserting their legitimate claim to land is a departure from the ANC’s historical position on the national question.

Throughout it confuses the method of redistributing the land – land expropriation without compensation with the purposes of land redistribution – for agricultural use, urban residential use and other purposes.

Actually, one would be correct to argue here that these were not matters of fundamental policy and principle, but of tactics.

Even the pamphlet itself correctly considered this not a matter of “principle and strategic importance”, but a “tactical and operational matter”.

This is fundamental to empowering them and altering the property and production relationship.

Achieving this would amount to total emancipation, the only basis for nonracialism. Anything short of this would be superficial and would not meet even the basic principle of freedom.

The ANC has argued that black people suffered more than just national humiliation, constituted of centuries-old economic injustices. Black people require a solution not merely for formal political democracy but also for national and economic emancipation in equal measure.

The ANC’s approach has always been that it would immediately, on achieving the first step of the transfer of power from the white minority regime to the people’s democratic government, embark on a programme of fundamental social transformation to pursue total emancipation by destroying the existing social and economic relationship which had been characteristic of the existence of apartheid-colonialism.

Exclusive land ownership by the white minority and the wholesale land dispossession of the black majority, on the other hand, had played a critical role in this arrangement which ultimately entrenched white rule in South Africa
Gigaba

Consequently, it would not be possible to uproot this system without addressing this historical injustice fundamentally through a radical measure that would transfer land into the hands of the black majority not as an asset, but as a means of production which would change the structure and ownership patterns of the economy.

Therefore, any discussion of the economy and land question cannot proceed from the premise purely of race or, at worst, the interests of the white minority.

Nobody refutes the ANC’s principled assertion that, “South Africa belongs to all who live in it, black or white”. This, we do not do begrudgingly.

However, to raise this land question in the manner the foundation pamphlet does obfuscates the fundamental issue essential in the struggle against apartheid that it was not merely a struggle to replace white domination with black domination.

The pamphlet is thus flawed in that it obfuscates the national question by trying to blunt the main content of the struggle. It is concerned about the interests of the privileged minority rather than the dispossessed majority and, above all else, it focuses on the form of land reform rather than its content, neglecting the fundamental role of land ownership for the black majority, Africans in particular, as a transformation tool to change the ownership of the means of production. This should be the debate, rather than how land is transferred.

Related Links
Land Indaba focuses on how redistribution will occur
Ramaphosa tackles minimum wage and the land issue as he calls for socioeconomic freedom
Share
Next on City Press
Mondli Makhanya: It has been a week of déjà vu

Read more on:
malusi gigabaland expropriation
MONEY MAKEOVER
Podcast | Mistakes to avoid with your own business