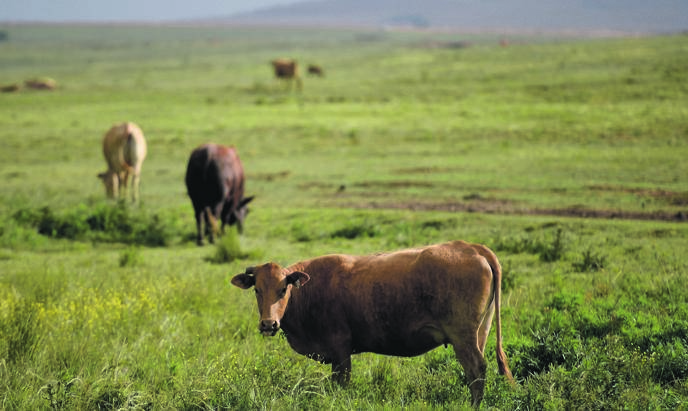 SOURCE OF CONTENTION Government’s commitment to land reform is not a black and white issue. Picture: Tebogo Letsie

Two bills recently rammed through Parliament will benefit traditional and political leaders, not the poorest and most vulnerable in the country

Two controversial traditional leadership bills have been adopted by Parliament in the past two weeks, both of which undermine the citizenship and property rights of the 17 million of the poorest and most vulnerable South Africans living in former homelands.

First came the Traditional and Khoi-San Leadership Bill, which seeks to empower traditional leaders to sign mining deals without the consent of the people whose land rights will be directly affected by these deals.

Then, last week, the Traditional Courts Bill, which had been vehemently and successfully rejected by rural people and civil society since first mooted by the South African Law Reform Commission in 2003, was approved.

The second bill prohibits rural citizens from opting out of traditional courts and apartheid-era tribal identities.

It also provides traditional leaders with punitive and coercive powers over community members who challenge their authority to sign away people’s land rights.

The Traditional Courts Bill was rammed through the National Assembly by the addition of a single vote – that of the presiding officer who cast her vote retroactively when it was discovered that insufficient votes had been cast for it to pass.

Concerns about whether the bill passes constitutional muster are left to the 6th Parliament and the Constitutional Court to sort out after the elections.

Why the rush to push through a bill that is widely regarded as unconstitutional?

The answer is that it is the ANC’s policy to appease traditional leaders during the run-up to elections.

When President Cyril Ramaphosa opened the National House of Traditional Leaders last month, he made a carefully crafted statement confirming that government would back traditional councils’ custodianship of land returned to rural communities, for them to hold “on behalf of the people”.

Issuing strong encouragement to traditional leaders to be the central players in rural economic opportunities, the president included a single line that paid heed to the rights of ordinary people – custodianship, he said, should “be balanced against the constitutional right of individuals”.

Critically, his message carried a clear statement of intent from government that traditional leaders are the rightful owners of communal land.

At present, most land in the former homelands is registered in the name of the state, but traditional leaders are lobbying hard for that title to be transferred to them.

In his recent speech, the president exhorted traditional leaders to encourage their subjects to vote.

The carrot of ownership of communal land gives traditional leaders a strong incentive.

But will it deliver the rural vote to the ANC? Not if the 2016 election results are anything to go by.

Votes decreased sharply in rural provinces, where people are clear-eyed about how corruption has locked them into grinding poverty and diverted resources away from basic services.

There has been violent resistance to mining deals that dispossess people of land rights in North West, Limpopo and Mpumalanga.

Time and again, we have seen that traditional leaders feature in mining deals despite not having the legal authority for unilateral approval.

The October Constitutional Court judgment of Maledu and Others v Itereleng Bakgatla Mineral Resources confirms that, where the holders of informal land rights are threated with deprivation of their rights, they must either consent or their rights must be expropriated.

This would necessitate court-adjudicated compensation.

The earlier Traditional Leadership Bill seeks to override the Constitutional Court’s Maledu judgment requiring the consent of those directly affected.

Instead, it includes weak consultation measures that do not specifically include the people whose land rights are directly affected.

This bill will almost certainly be challenged for undermining constitutional rights.

If government starts to transfer the title of land from the state to traditional leaders, that will also be legally challenged.

Before ownership rights in former homelands can be given to traditional leaders, the state will have to expropriate the countervailing land rights inherited by families and individuals over generations.

In such cases, it must first pay those individuals and families compensation for their homes, ploughing fields and grazing lands.

Unless, of course, the implementation of “expropriation without compensation” is used to remove the residual property rights of the most marginalised black South Africans.

This is not as far-fetched as it sounds.

There is scant capacity in the department of rural development and land reform to expropriate white-owned property.

The department is riven by corruption, as exposed by a Special Investigating Unit investigation that was kept under wraps until Business Day used the Promotion of Access to Information Act to obtain it in January.

Provincial elites have been accumulating farms that were meant to go to landless people and have been benefiting from the redirection of budgets away from acquiring land into lucrative tenders. The Special Investigating Unit’s report advised that 42 people be prosecuted for fraud and corruption.

A key arena for corruption has been the restitution programme, where more than R1 billion was spent on the Mala Mala Game Reserve land claim case alone.

The intended beneficiaries have yet to reap any benefit from this deal.

Elsewhere, valid land claims lodged more than 20 years ago have been held back pending a mechanism to enable traditional leaders to lodge counterclaims.

An effort to amend the original Restitution Bill of 1994 to make this possible was struck down by the Constitutional Court in 2016.

The president’s statement to traditional leaders shows that the issue is back on the table.

How does this accord with statements about radical land reform and access to land for redistribution through expropriation without compensation?

Is the gutted department of rural development really going to be able to spring into action after the elections and expropriate lanf from lawyered-up white South Africans?

Or are those statements a smokescreen to obscure deeply embedded patterns of corruption and elite capture so that empowered factions can continue to skim the fat off land reform after the elections?

On the vexed issue of mining on communal land, there is no need to “wait and see”.

The ramming of the Traditional Leadership Bill through Parliament props up legally precarious mining deals that benefit mining companies and influential individuals – including some in the top echelons of the ANC and some (but not all) traditional leaders – at the expense of the property and citizenship rights of the most marginalised South Africans.

The fact that rural people are not in a position to pay lawyers to defend their land does not mean they are stupid.

Turning a blind eye to the looting of state resources – or, in a generous interpretation, being blindsided by it – is one thing, but introducing laws that enable the continued looting of the land rights of the poorest South Africans and expecting them to vote for you is a big ask.

Do you think the two bills were pushed through ahead of the elections to ensure the ANC gets more votes?

SMS us on 35697 using the keyword BILLS and tell us what you think. Please include your name and province. SMSes cost R1.50. By participating, you agree to receive occasional marketing material

We live in a world where facts and fiction get blurred
In times of uncertainty you need journalism you can trust. For 14 free days, you can have access to a world of in-depth analyses, investigative journalism, top opinions and a range of features. Journalism strengthens democracy. Invest in the future today. Thereafter you will be billed R75 per month. You can cancel anytime and if you cancel within 14 days you won't be billed.
Subscribe to News24
Related Links
Traditional bills will bring divide and rule through the back door
How history, democracy has shaped the institution of chieftaincy
Court bid to stop Zulu king charging his subjects rent
Next on City Press
How basic digital literacy can give rural youth a fighting chance in the 21st-century workplace