Must the Public Protector be punished on the basis of rules she is challenging? 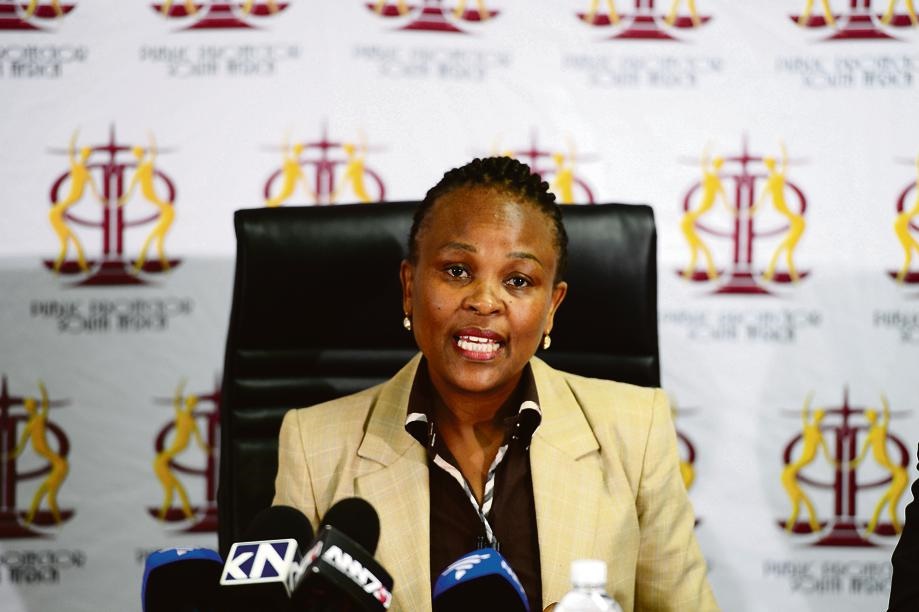 Must the Public Protector be punished on the basis of rules she is challenging and is advised are unlawful, unconstitutional, null and void when there is a strong potential that the same rules will be set aside and declared invalid?

A couple of things in Modidima Mannya’s column of last Sunday (Derelict Mkhwebane should long have resigned, City Press, November 1 2020) need to be straightened out.

He is seemingly under the impression that Public Protector Busisiwe Mkhwebane is perpetually at the ready to go the legal route to settle disputes, is averse to people taking her reports on judicial review and frowns on any attempt to hold her to account. This is wide off the mark.

We do not initiate litigation, we get taken to court. We don’t oppose every case. For a matter to warrant opposition, it ought to pose a serious threat to the effective execution of our constitutional mandate.

Out of the 50 reports that have been taken on review, 13 are not being opposed. We oppose not to “fight” but to help the courts hear from the horse’s mouth, rather than have somebody else tell judicial officers our story and do so to our detriment.

If Mannya has ever heard of the EFF v Speaker of the National Assembly case, he would know that that matter was for the Public Protector both a gift and a curse.

Prior to that ruling, the office had been taken on review once or twice.

Between March 31 2016 when the ruling was handed down and Advocate Mkhwebane’s arrival in office in mid-October 2016, the number of applications for judicial review had shot up to 16 – the highest it had been in the history of the office.

REASON FOR THE SPIKE

The reason for this spike was simple. State functionaries knew that they could no longer wish the Public Protector’s adverse findings and remedial action away on the grounds that the office was not “a court of law” and could only make “mere recommenda-tions”, which could be ignored at will.

They knew that in the post March 31 2016 era, that most trusted line of defence would no longer wash.

For these reasons, the Public Protector can never fume over being taken on judicial review.

In fact, she has actively encouraged those aggrieved by her decisions not only to approach the courts with review applications, but also to secure interim interdicts to stay implementation of remedies pending review processes.

We do not initiate litigation, we get taken to court. We don’t oppose every case. For a matter to warrant opposition, it ought to pose a serious threat to the effective execution of our constitutional mandate.

It is odd that Mannya has qualms with a person who exercises her rights in the face of a seemingly unfair impeachment process. For him, this is equal to evading accountability.

That is like accusing a party that interdicts the implementation of a decision whose lawfulness the party is challenging of believing they are above reproach.

Must the Public Protector be punished on the basis of rules she is challenging and is advised are unlawful, unconstitutional, null and void when there is a strong potential that the same rules will be set aside and declared invalid?

Is this not why in appeal matters the implementation of impugned decisions is suspended until the appeal court has decided the case?

Mannya must not get ahead of himself. The matter is far from over. An application for leave to appeal the Western Cape High Court ruling has been filed and a decision is pending. Further, the rules of Parliament prohibit members from reflecting on the merits of matters on which a judicial decision in pending.

For the record, no court has ever pronounced on the Public Protector’s alleged incompetence. The courts can’t do that. The drafters of the Constitution had presence of mind when they gave that power solely to the National Assembly under section 194.

Courts would risk upsetting the trias politica (separation of powers) doctrine if they were to encroach on that exclusive terrain of the legislature. The high court told Advocate Paul Hoffman SC of Accountability Now as much earlier in the year after he bizarrely sought to secure a declaration that the Public Protector was unfit for office.

Very few people know about that ruling because decisions that go the Public Protector’s way are never held aloft by proponents of the “Mkhwebane must go” crusade in politics, civil society and the media.

For the record, no court has ever pronounced on the Public Protector’s alleged incompetence. The courts can’t do that.

On the Government Employees’ Medical Scheme matter, the fact that the medical scheme succeeded on appeal tells you that the high court saw things from our perspective. Pointing an accusatory finger at the Public Protector over that matter is therefore as good as doing the same to the high court.

Then there is the split Constitutional Court decision on the SA Reserve Bank. Granted, the majority ruling prevails, but minority judgments have proven critical to the development of our jurisprudence and some of them have, in fact, gone on to become law.

Writing the dissenting judgment, Chief Justice Mogoeng Mogoeng exposed the high court’s failure to establish the basis for ruling that there was “bad faith” and “falsehoods” on the part of the Public Protector.

Segalwe is the Public Protector’s spokesperson

We live in a world where facts and fiction get blurred
In times of uncertainty you need journalism you can trust. For only R75 per month, you have access to a world of in-depth analyses, investigative journalism, top opinions and a range of features. Journalism strengthens democracy. Invest in the future today.
Subscribe to News24
Related Links
Former University of Johannesburg project manager seeks review of public protector’s decision
High court judge gives nod for Public Protector’s impeachment
Mkhwebane admits FSCA inquiry was flawed
Next on City Press
Ngcukaitobi ruling | When the law is wrong